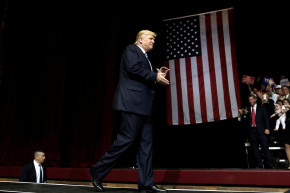 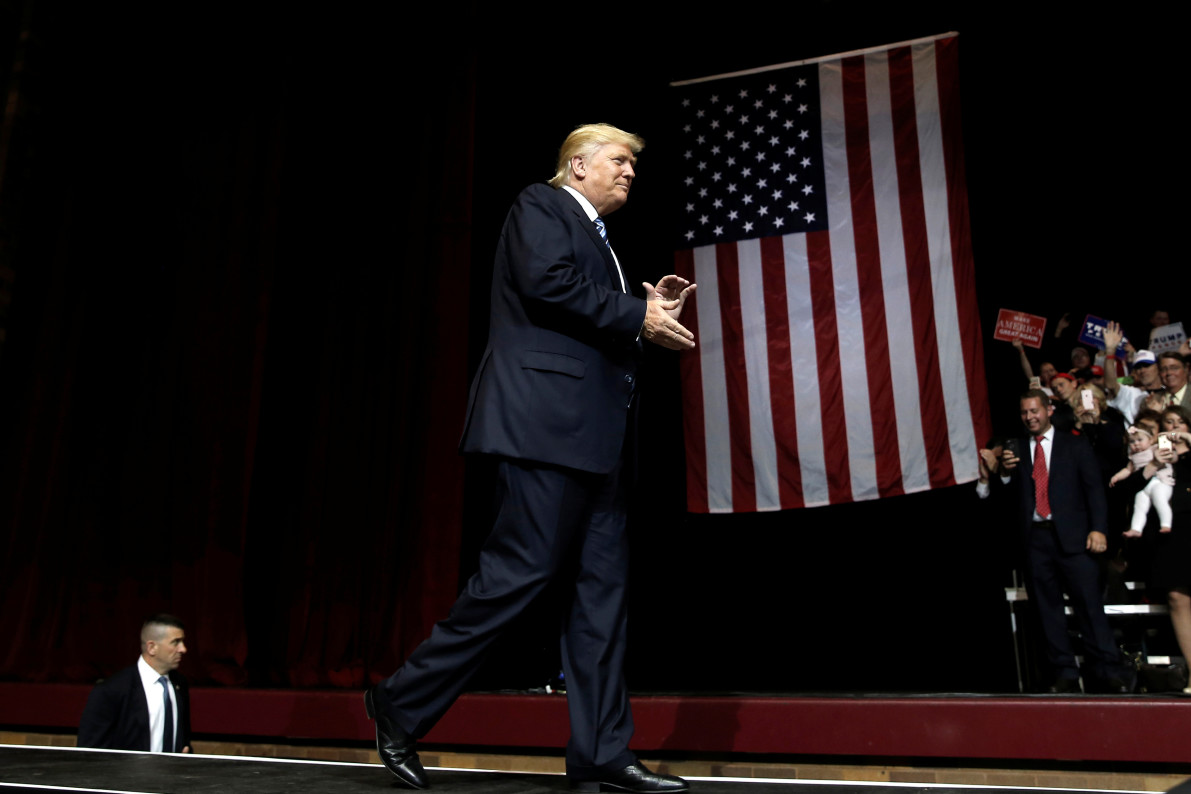 Donald Trump finally put to rest his favorite conspiracy theory — and instantly started another one. Speaking Friday, the GOP candidate acknowledged (correctly!) that President Obama was born in the United States — and then lied and said Hillary Clinton started that rumor in the first place.

On Thursday, the ‘birther’ controversy — alleging Obama is secretly Kenyan — roared back to life after Trump refused to affirm that President Obama was born in the United States. Before Friday’s speech, his team decided to blame Hillary Clinton for inventing the conspiracy theory.

“Hillary Clinton’s campaign first raised this issue to smear then-candidate Barack Obama in her very nasty, failed 2008 campaign for President.” Jason Miller, a communication adviser to the campaign wrote in official statement. Friday’s speech was the first time Trump has correctly acknowledged Obama’s birthplace, but it’s not his first time trying to blame Hillary for his onetime favorite cause. In September 2015, he tweeted the following.

Just remember, the birther movement was started by Hillary Clinton in 2008. She was all in!

He’s not correct. In response to Trump’s claim in September, Politifact concluded his theory is false, noting that “the story appears to have started with supporters of Clinton,” in the 2008 race. However, they write, “There is no record that Clinton herself or anyone within her campaign ever advanced the charge that Obama was not born in the United States.” Factcheck.Org echoed this, saying, “This claim was first advanced by diehard Hillary Clinton supporters as her campaign for the party’s nomination faded.”

Moreover, anyone alive during Obama’s first term will remember that regardless of who started the birther conspiracy, Donald Trump brought it to the mainstream. “I have people that have been studying [the birther issue] and they cannot believe what they’re finding,” Trump said on NBC in 2011. “I would like to have him show his birth certificate… If he can’t, if he wasn’t born in this country, which is a real possibility,” Trump said, “then he has pulled one of the great cons in the history of politics.”

The issue gained so much traction under Trump that Obama finally did release his birth certificate in April of that year. (The president also mocked Trump relentlessly for his pursuit of the issue at that year’s White House Press Correspondents’ Dinner.)

Trump’s been mostly silent on the birther issue in his 2016 campaign, until Friday. And his new theory — that it’s Clinton’s fault — is gaining serious traction with his conspiracy-minded followers.

According to Vocativ analysis, since Trump’s campaign released the statement, over ten thousands tweets shared the message blaming Clinton for creating the birther movement in the 2008 race. Many of the tweets linked a video from MSNBC’s “Morning Joe” from September 2015 — which they claim shows hosts Joe Scarborough, Mika Brzezinski and Bloomberg Politics editor, John Heilemann agreeing the theory started within the Clinton campaign. Heilemann went on Twitter this morning to clarify that that’s not what they said.

Perhaps in 2020, Trump will run for president again and tell the world that crazy Hillary Clinton made up that wacky idea of building a wall on the Mexican border. And if it’s like this cycle, a lot of people will believe him.