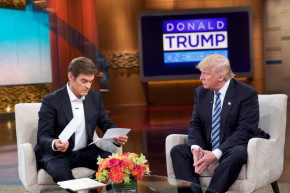 We Fact-Checked Donald Trump On The Dr. Oz Show
By Joshua A. Krisch

We Fact-Checked Donald Trump On The Dr. Oz Show

As Trump revealed more of his medical history, Dr. Oz nodded a lot and tried not to focus too much on accuracy 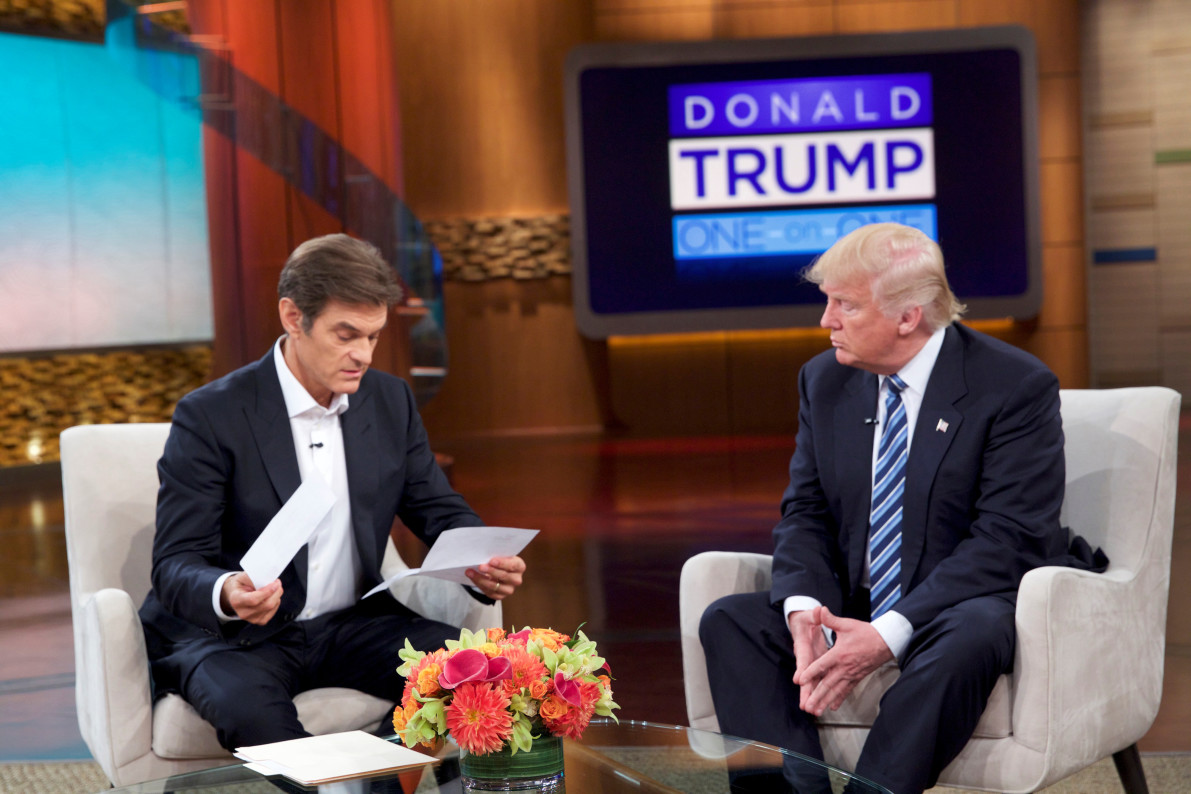 When Dr. Oz invited Donald Trump to appear on his television show, it was a meeting of the minds for two of reality TV’s least honest celebrities. With an average of 1.8 million daily viewers to his television show, Dr. Mehmet Oz, has made a name for himself promoting fake dietary supplements, airing intimate footage of his patients dying without permission, and raking in millions on the treatments he promotes. And with nearly half the country behind him, Donald Trump has risen to power atop a tower of lies and half-truths — PolitiFact rates only 4 percent of his statements “true”.

So fact-checking Trump and Oz wasn’t easy. But it was fun.

Now that the episode has finally aired, two things have become obvious: First, Dr. Oz may be bad at science (yes, we can back that claim up with a study), but he’s downright terrible at interviewing presidential candidates. When he asked Trump how many hours he sleeps per night, we never ended up with an answer — Oz just let him transition into an odd discussion about stamina, while the good doctor nodded like that’s some kind of medical term. Second, the producers cut that highly-anticipated kissing comment we’d been waiting for.

But we digress. Here’s our fact-check of Trump and Oz:

It’s not. Obviously a lot of factors are at play here — some speakers stand still while others bounce around the stage; weight, age, and gender play major roles in how daily activities burn fat; speakers will burn more calories outdoors than in air-conditioned rooms. But the estimates we can find suggest the average public speaker burns between 50 and 100 calories per hour.

That’s not much. Trump would burn more calories by taking a shower.

Trump Did Not Release His Medical Records

We actually have a copy of those two pages that Trump handed Oz. One is a letter attesting that Trump’s doctor is still a real doctor, employed at Lennox Hill Hospital in New York. The remaining page includes Trump’s basic vitals and the results of a few routine laboratory tests.

From this disclosure, we now know that Trump has excellent blood pressure and that he’s at very low risk for cancer, including prostate cancer. The report also suggests, however, that Trump’s calcium score is a bit high, which can sometimes indicate coronary artery disease. Trump also appears to be taking a statin to help combat his cholesterol levels. Dr. Oz considers this indicative of “excellent health,” which would raise eyebrows if we didn’t already know him.

Trump is also overweight, but more on that later.

Trump agreed not to trash Clinton on today’s show, and he kept his end of the deal. But that didn’t stop him from going after ObamaCare, and emphasizing that it’s in trouble. On that count he’s right — ObamaCare has never been a great solution to America’s healthcare problem, and it’s hit a rough patch now that insurers tired of losing money have started pulling out.

But Trump then went on to claim that his healthcare plan was superior. That’s hard to say, because he’s released almost no details of this plan. And while he has claimed that is plan is to ultimately, “take care of everybody,” his plan includes no significant expansion of coverage and may even end coverage for 21 million people, according to a recent analysis.

This one isn’t a strictly science-based fact check but hey, if it was science-y enough to appear on the Dr. Oz show, it’s science-y enough for us. On today’s show, Donald Trump and his daughter Ivanka both expressed surprise more than once that people think he’s sexist.

It’s probably because of the tons of sexist things he’s said, both before and after declaring his candidacy for president. Even Trump’s current team has been accused of sexism, with one Boston Globe investigation revealing that women are paid less than men in his campaign.

We didn’t expect to find much accurate information about weight gain on a show famous for trafficking fake diet pills, but this episode leaned heavily on bad obesity science.

First of all, Trump is not necessarily overweight. Dr. Oz cited the body mass index (BMI) in his suggestion that Trump could do to lose a few, but the BMI is an incredibly flawed metric that does not account for muscle mass, bone density, body composition, or race. BMI classifies thousands of people as obese even when they’re not, and it has historically been misused to allow fashion models who are dangerously thin to return to the runway.

Second of all, Trump does not understand how obesity works. When an audience member asked him how he might combat the obesity epidemic in the United States, Trump implied that genetics was to blame for much of the problem. While it’s true that genetics can play a role in obesity, smart lifestyle choices such as exercise and a good diet can often combat obesity.