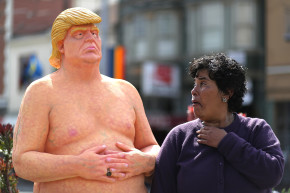 Did Trump Add An Inch To Avoid Being Technically Obese?
By Sara Morrison

Did Trump Add An Inch To Avoid Being Technically Obese? 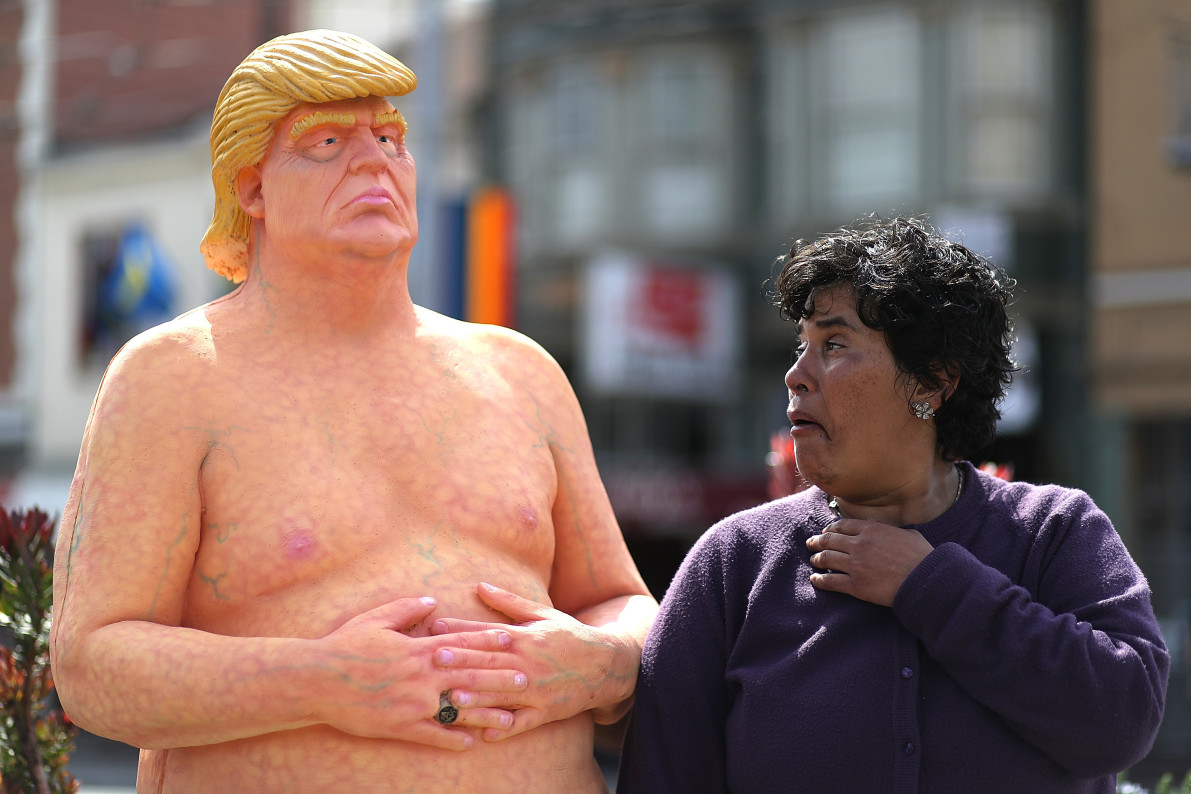 Donald Trump’s personal physician, haircut-challenged gastroenterologist Harold Bornstein, revealed on Thursday that the Republican nominee is 6’3″ and weighs 236 pounds. According to the National Institutes of Health’s Body Mass Index calculator, Trump’s BMI is 29.5, or, technically, overweight. That’s not great, and both Dr. Oz and Trump himself think he could stand to lose a few pounds, but it could be worse: Trump could technically be obese.

Or maybe … he already is! Trump’s height has long been thought to be 6’2″. That’s also the height listed on his 1964 Selective Service registration card, which was signed by Trump under the sentence “I affirm that I have verified the foregoing answers and that they are true.” (His weight was listed at 180 pounds.) More recently, back in the Republican primary debate days, Trump stood next to Jeb Bush, who also professes to be 6’3″, and Trump was noticeably shorter (this includes the times when Bush was not weirdly stepping on his tiptoes). Madame Tussauds, which once measured the man for a wax sculpture, has become the source for certain Trump measurements, such as his smaller-than-average hands. But its Trump figure is no longer on display, and a spokesperson told Vocativ it “does not share information about the celebrities we’ve worked with,” including, apparently, their heights. So why would Trump start saying he’s 6’3″ now?

Well, if you put 6’2″ and 236 pounds in the BMI calculator, it comes back with a BMI of 30.3: definitionally “obese.” So if you wanted to be considered overweight instead of obese, perhaps because you are vain and already fielding concerns about being the oldest person ever elected to the presidency, well, adding an inch would be a great way to do that. Especially if the claimed weight was already stretching the bounds of credibility, and the person claiming it seems to have a thing for eating and being photographed with fast food, including buckets of fried chicken, double cheeseburgers, and massive taco bowls.

But don’t just take our word for it. We are just asking the questions here, because a lot of smart people, people with names like “Doody Guiliani,” are saying that Trump is trying to hide the fact that he’s obese by exaggerating his height:

The only reason Trump is "overweight" and not "obese" is that he now claims to be 6,3 when before his height was always listed as 6,2

Did you notice Trump's doctor added an inch to his height compared to his official bio so his BMI would not be obese?

Trump did claim back in November that he’d lost 15 pounds during his campaign, which was backed up by Bornstein’s first Trump health letter, which did not list a height or weight other than to say that weight was “at least” 15 pounds less than it was a year before. Assuming he kept that weight off (and that the first letter, which Bornstein later admitted he wrote in five minutes while Trump’s limo waited outside and which says Trump was 10 when he had his appendix removed instead of 11, as the second letter claims, is actually accurate), that would mean Trump was obese up until a year or so ago, even if he is 6’3″.

All that said, the Centers for Disease Control and Prevention do warn that BMI is only a “surrogate measure” of body fat because it only goes by weight. That means it doesn’t distinguish between fat or muscle or other variables that could add weight that is not fat. Several years ago, NPR published a good round-up of reasons why BMI shouldn’t be relied upon to determine one’s body fat percentage. And, in fairness, we know less about Hillary Clinton’s height (either 5’5″ or 5’7″) and weight (???) than we do Trump’s.

Even so, Trump doesn’t exactly look like the kind of muscle-bound athlete who would register an overweight or even obese BMI while having little body fat, though it’s hard to tell these days when he wears a body-concealing suit jacket seemingly every second of the day (which may well be the point). What we do know is that he has a history of saying things are taller than they really are that now may include himself. Which does make one wonder how tall that Mexican wall he’s campaigning on will actually be.