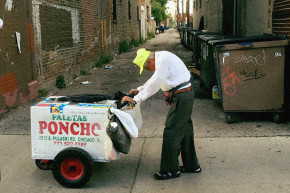 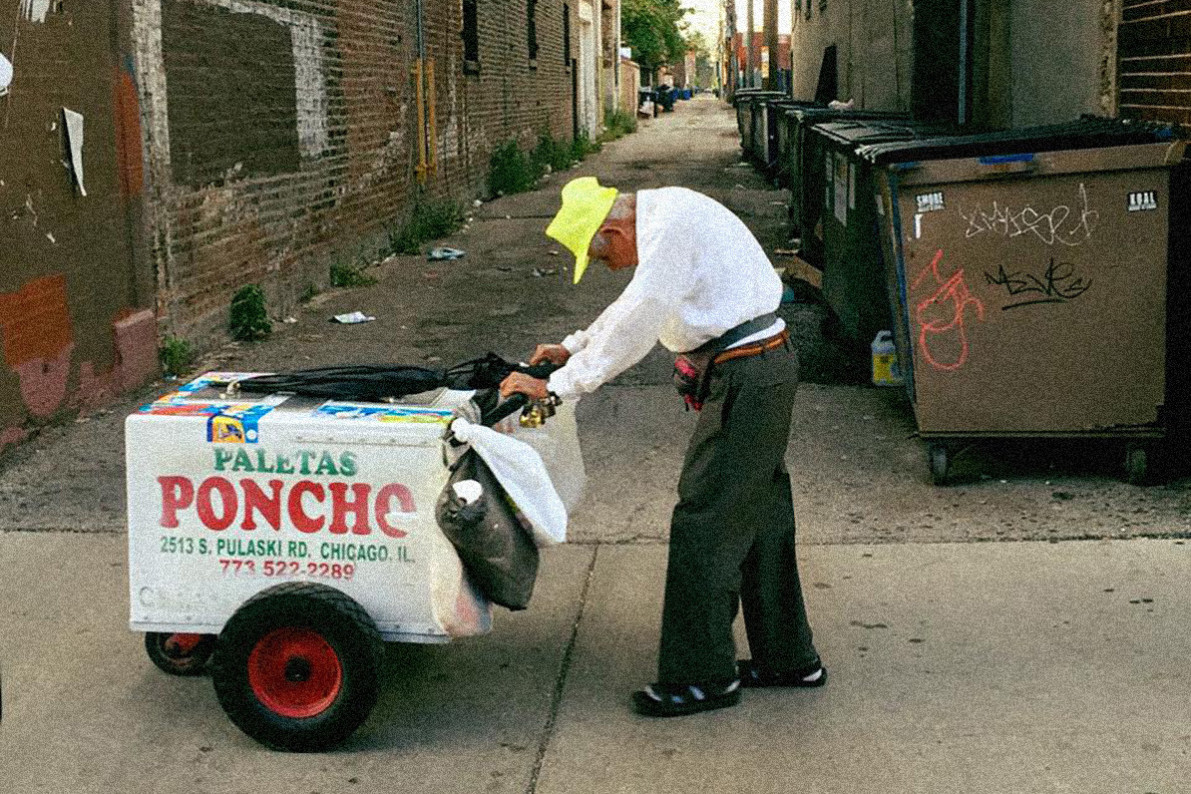 After decades of selling popsicles to Chicagoans, Fidencio Sanchez recently decided to retire so he and his wife could “take it easy.” But when his daughter, who’d been caring for Sanchez and his wife, died suddenly, he was back pushing his paletas cart within in two months. That’s when a customer heard his story and decided to start a crowdfunding campaign for his retirement, netting Sanchez over $300,000 in one week, the biggest windfall in the state.

Prior to his retirement, DNAInfo says Sanchez started pushing a paletas cart in 1993, earning about $60 a day. Joel Cervantes Macias was the one who saw Sanchez stooped over, pushing his cart, suffering in the heat one day. He stopped and bought 20 popsicles, posting a photo of Sanchez on Facebook, with the message, “I respect this man to the fullest! #workflow #dyingbreed #mexicano #migente.”

Macias and his commenters began piecing together clues for how they might do more to locate and help the man, and Macias launched a GoFundMe account explaining the story:

As I was driving down 26th st in the Little Village area in Chicago where I was born and raised. I saw this elderly man struggling to push is paleta cart (Popsicle cart). It broke my heart seeing this man that should be enjoying retirement still working at this age. I had to pull over and took this picture. I then bought 20 paletas and gave him a $50 and said may God bless him and drove away. I posted this picture on Fb and since then, I’ve gotten a huge response. That’s when Joe Loera came up with a great idea to start this campaign. Mr. Fedencio Sanchez and his wife recently lost their only daughter and are still heartbroken about the situation. His elderly wife was selling paletas also to help pay bills, but she fell ill and can’t work anymore. We’re trying to raise money to help him with whatever we can. Anything helps. Let’s all pitch in and help make life a little easier and brighten both of their day.

The initial goal was only $3,000, but donations blew past that number through word of mouth, hitting $150,000 in two days from over 7,000 donations. It’s now over 12,000 individual donations who’ve given anywhere from $5 to $2,000, from over 52 countries, inspired by the tale of hard work and perseverance. In an interview with Chicagoist, Macias said that the response from Germany in particular was “overwhelming.”

“I’ve only been with the company a few months, but this is right up there in terms of overall numbers,” Bart Jackson, of GoFundMe, told Chicagoist of the rapidly growing potluck.

In spite of the windfall, Sanchez is still working a couple of hours a day selling paletas, and reporters were recently on hand to document him still out there in the blazing heat, ringing his bell. As for the money, Sanchez told a local Chicago station he plans to donate it. “I’m going to give part of it to the church here, part of it to the church in my native land, some of it will go to my grandchildren, and certain people that I see have a need,” he said.