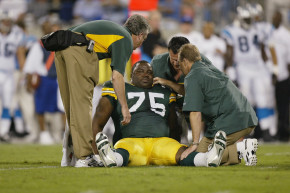 No, That Mouthguard Won’t Detect Or Prevent Football Concussions
By Joe Lemire

No, That Mouthguard Won’t Detect Or Prevent Football Concussions 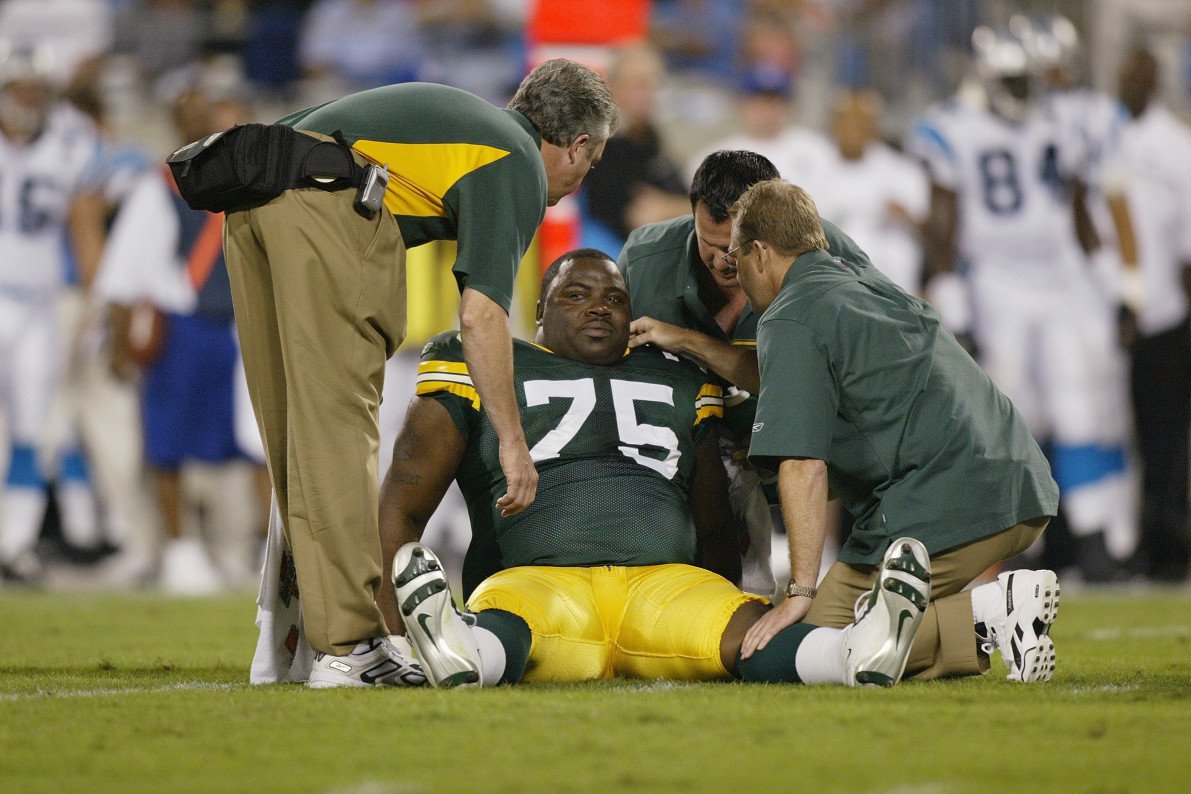 A Seattle television station recently ran a report under the banner “New Mouthguard Detects Athlete Concussions,” but it of course does no such thing.

The story is about the University of Washington football team trying out 10 of i1 Biometrics’ Vector MouthGuards, which uses a wireless signal in the player’s mouthguard to register the location and magnitude of head impact and transmits that data to the sideline.

“When that impact exceeds a certain threshold the training staff is going to get an alert on their mobile phones and it’s going to give them information to go ahead, take a look at that athlete, and make sure they’re ok,” Biometrics Andrew Golden told KING 5.

There is value in logging this information and alerting the coaches and (hopefully) the medical staff of a player who sustained significant head impact. It’s a helpful warning that a player ought to be evaluated more closely. It does not, however, detect a concussion. The NFL finally has independent neuro-consultants on each team’s sideline to prevent team-employed doctors from ignoring warning signals for the sake of the final score, although that remains a work in progress. (The league’s concussion protocol did not help Cam Newton, for instance.)

The company understands that and on its web page for the so-called “intelligent mouthguard” is no mention of concussions until an extraneous fact juxtaposed at the bottom noting that there are annually 250,000 concussions in high school football. (There’s an implication that the two are related, though.) Nowhere in the description of what the product does is there any explicit reference to concussion detection although there is a rather misleading statement about it as a “complete solution to the growing epidemic of undiagnosed Sports Brain Injuries.” Where it seems to be most helpful, as i1 Biometrics itself wrote, is its “real-time assessment of the athlete’s exposure to collisions” and that “the system provides tools that help assess an athlete’s status to return to play or establish recovery protocols.”

Diagnosing concussions is a notoriously difficult task, although there is some promise for an objective measure through a blood test. Where this mouthguard would seem to be most helpful is in monitoring the sub-concussive hits players sustain regularly in a football game. A 2013 Harvard study suggests “that these more routine but lower-magnitude impacts may have clinically-relevant, yet undiagnosed, manifestations, and that athletes incurring these regular symptomatic impacts may see post-impact symptoms as routine and not worthy of reporting to a medical professional.” That Seattle TV segment quoted the i1 Biometrics CEO saying the mouthguard could help coaches learn which drills induce the most hard contacts and craft practice schedules to reduce the players’ exposure.

Tracking the data of all hits could lead to improved research and understanding of those hits. A team of Stanford bioengineers led by David Camarillo have done parallel work on this front. As a university release noted, “with the instrumented mouthguard, they can collect head biomechanics data to gain insight into injury mechanisms, which will in turn guide preventative technology design.”

There is no claim by either Biometrics or the Stanford group that their mouthguards can prevent a concussion but, troublingly, that idea has long been espoused in the sport. (See such articles as this, whose first sentence is, “It’s believed that football mouth guards can help prevent concussions.”) This has perpetuated even though, as far back as 2001, the British Journal of Sports Medicine wrote, in no uncertain terms, that “the ability of mouthguards to protect against head and spinal injuries in sport falls into the realm of ‘neuromythology’ rather than hard science.”

SISU, a mouthguard manufacturer, studied the issue at the behest of the Department of Defense and very plainly wrote, “We had to report back to DoD that there is no evidence that a mouth guard can prevent concussions.” Furthermore, the 4th International Conference on Concussion in Sport held in Zurich, November 2012, released this consensus statement: “There is no good clinical evidence that currently available protective equipment will prevent concussion, although mouthguards have a definite role in preventing dental and orofacial injury.”

A wireless-enhanced, accelerometer-equipped mouthguard won’t actually diagnose a concussion, but at least it can aid the research that might make such a thing possible in the future.