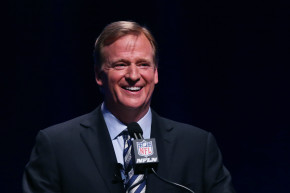 Commissioner Roger Goodell wants you to believe he cares about concussions, but the record says otherwise 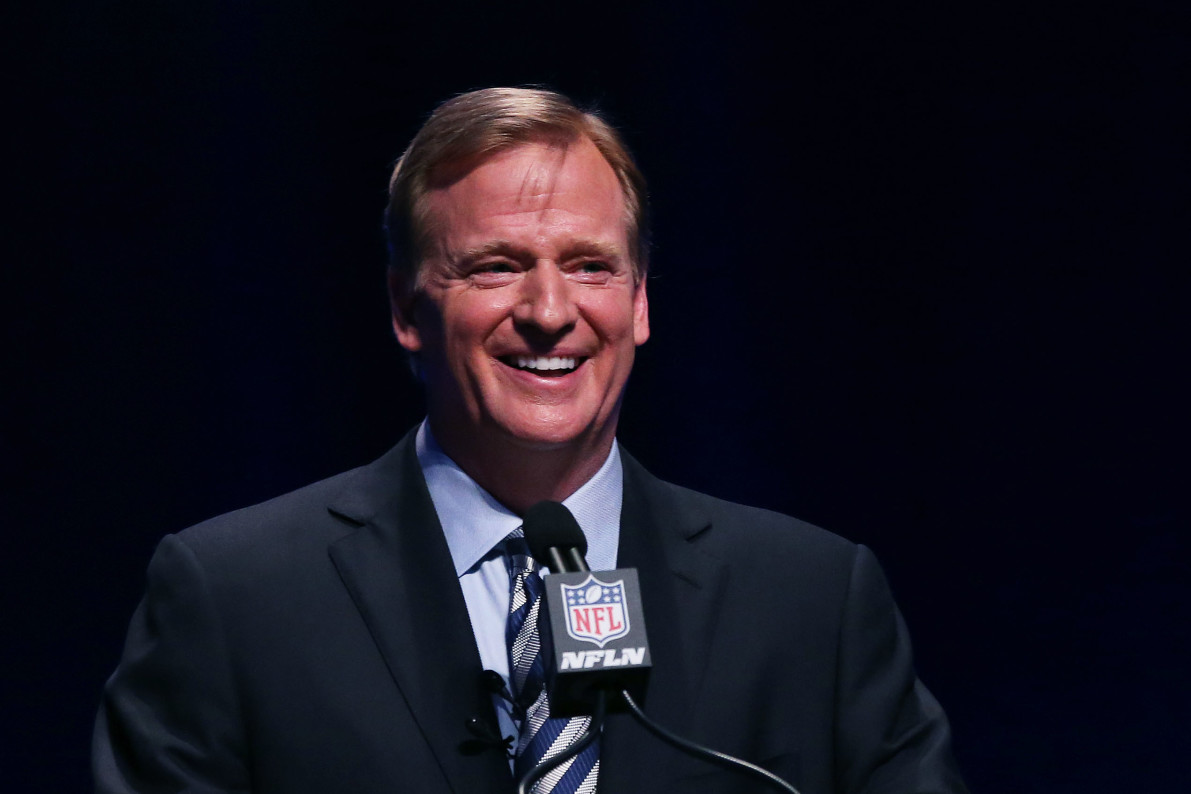 Roger Goodell really, really cares about player safety. He cares so much about the well-being of NFL players that he—and by “he” we mean “an entire squadron of public relations lackeys and lawyers”—wrote a nice open letter titled, “NFL Commitment To Player Health And Safety: A Letter from Commissioner Roger Goodell.”

Oh goody. Vocativ read the entire thing so you don’t have to. You’re welcome. There’s one bit of actual news contained therein: the NFL is throwing $100 million dollars at its newly-minted Play Safe, Play Smart initiative. How this all differs from the $45 million they spent funding “Heads Up Football,” an initiative which produced at best, questionable results, Goodell can’t or won’t explain. Further, by funding its own initiative rather than simply giving the money to medical researchers, the NFL retains the power to dictate the direction and bent of the initiative’s work.

Really, this is the same song and dance the NFL has been selling for years: “the science” will eventually rid football of much of the damage that comes hand-in-hand with playing the game. Trust us.

This bit is particularly delightful.

We are fortunate to have a prestigious group of independent neuroscientists serve on our Head, Neck and Spine Committee—volunteering their time to help us drive progress. They have done so, to no personal financial gain, because they want to make football and all sports safer and because they believe in the power to effect change through the NFL.

Yes, because the Head, Neck, and Spine Committee has never, ever seen its integrity compromised. Goodell even mentions the $30 million dollar grant that was gifted to the NIH as a good thing, though he for some reason forgot to mention that the NFL tried to claw the money back when its preferred researchers weren’t shoehorned into a concussion study.

Speaking of those pesky head injuries, everything is hunky-dory, according to Goodell. There are all kinds of rigorous, independent dudes crammed on the sidelines and high in the sky, ready to yank a player should he exhibit any signs that he’s been concussed. Just ask Cam Newton. Scratch that. Don’t ask Cam. He can’t remember what happened.

Goodell also brags that all of this noble, shared science-ing has led to a “significant decrease in concussions,” even though a few paragraphs earlier Goodell states that because of the NFL’s efforts, “There may be an increase in reported concussions, as happened last season.”

Even worse, there’s this: “For the benefit of our retired players, the NFL reached an historic settlement with NFL retirees and their families.”

No, you screwed them out of as much money as humanly possible. And when it comes to the ongoing lawsuit alleging that the NFL recklessly kept its employees hopped up on dangerous, addictive painkillers, you’re going to do it again.

Of course, Goodell sat down with noted hard-nosed interviewer Matt Lauer on Wednesday to present a condensed version of all this bunk where he actually said that the NFL bears no resemblance to Big Tobacco because they put up some posters.

“In 2009, 2010, was the time when we put that on our poster that will sit in our locker room,” he said. “And that poster says that if your brain injuries and repetitive brain contact is not properly managed and done properly, then that can lead to long-term health consequences, so I think we’ve been a leader in this area.”

See? Roger Goodell cares so much.