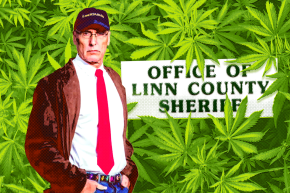 Rick Stewart is running for sheriff in a small town in Iowa. He doesn't support reparations for slavery, but wants to settle up with those imprisoned thanks to the "war on drugs" 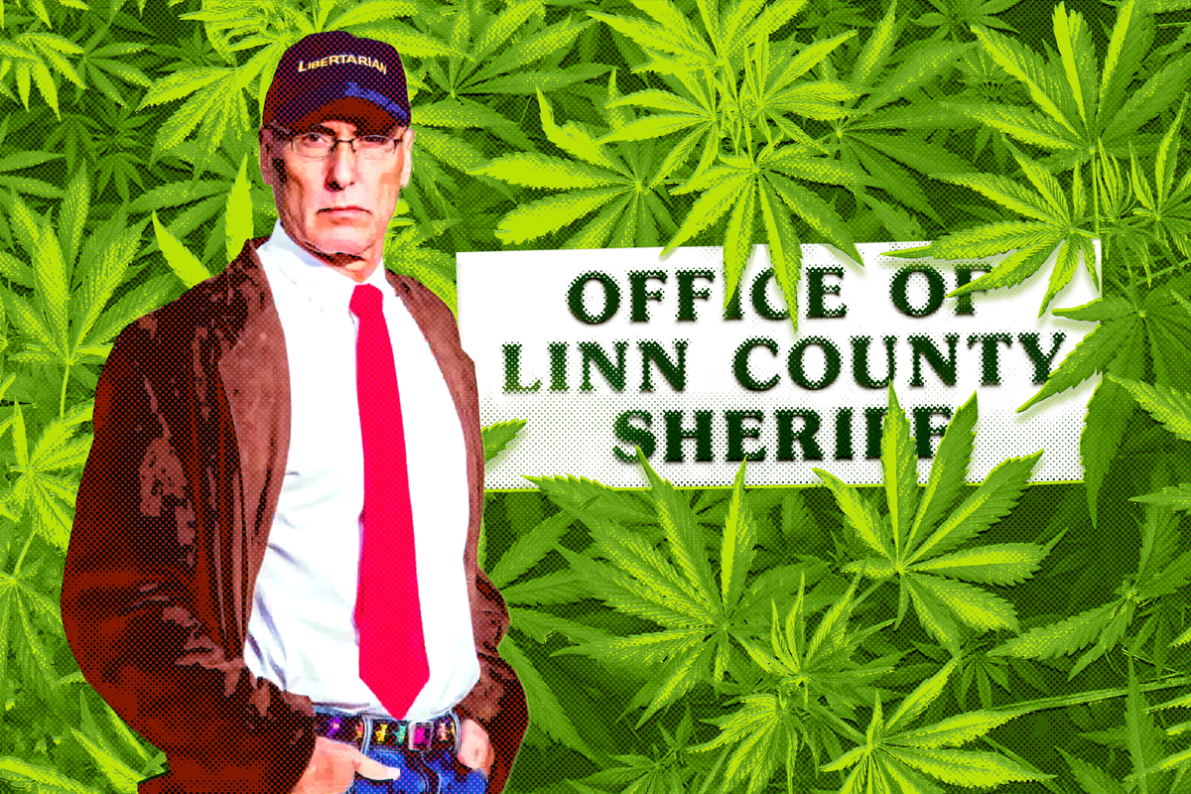 If it were up to Rick Stewart, not only would everyone in prison for non-violent drug offenses be released, but everyone who has fallen “victim” to the decades-long “war on drugs” would receive reparations—$50,000 for every year they sat behind bars.

“If we’re gonna destroy millions of lives [by locking people up for non-violent drug crimes], which we already have done, at some point we’re gonna wake up and say ‘that was a horrible idea.'” Stewart told Vocativ in an interview. “Why don’t we deal with it now, rather than wait until it’s a much bigger problem [with more victims]?”

Stewart is running for sheriff in a small county in Iowa. A former cop and self-described “child of the 60s,” he doesn’t find it realistic to settle the score with African Americans over slavery with reparations. But for those who’ve lost years of their lives incarcerated thanks to flawed drug policies, he sees them as the contemporary victims of draconian state and federal laws who are entitled to compensation for the injustices against them.

“Reparations for slavery, I’m unconvinced,” he said in a campaign ad posted to YouTube on September 9. “If your ancestors were slaves they are now kickin’ it back in heaven. And if my ancestors owned slaves, they are now roasting in hell for eternity. That seems fair to me.”

Stewart, a Libertarian who ran for the U.S. Senate in 2014, said that the money to fund this drug-war reparation program would come from ending the war on drugs and using the money spent on keeping people locked up to pay those previously incarcerated.

There are more than 2.3 million people currently incarcerated in state, federal, or juvenile detention facilities across the U.S. Nearly 500,000 of them were jailed for drug offenses, according to 2016 data from the Prison Policy Initiative, a non-partisan research group on prison reform. In October, Vocativ analyzed the financial impact of new sentencing guidelines that would make more than 6,000 federal inmates eligible to be released. Freeing just 6,000 of the 500,000 people in detention facilities would save taxpayers about $1.4 billion dollars a year.

Stewart’s math doesn’t exactly line up in terms of the amount of money saved compared to how much it would cost to provide $50,000 to each imprisoned inmate in jail on a drug charge for each year they were incarcerated. But, he said, the roughly $40,000 it costs on average to keep someone behind bars would be better spent on things other than locking someone up and throwing away the key for non-violent drug offenses.

The drug war, Stewart said, “makes me angry,” as do the “drug warriors” waging it.

“They are what they are—heinous criminals. Traitors. Murderers. Lunatics. Fanatics. Unprincipled,” he wrote on his campaign website. He attributes the archaic drug policies the U.S. adopted during the Nixon administration as the source of many of the societal problems that exist today, from the strained relationship between the African American community and law enforcement to Islamic terrorism.

“It was the drug war that was the primary reason that [Osama] bin Laden was able to take down the Twin Towers,” said Stewart, who has traveled through Afghanistan and admitted on his website to indulging in hashish during the “mind expanding trip.” These days, he said, his drug of choice is alcohol. “This is not me speaking in my tin hat. The Taliban taxed opium at 20 percent. Half the money they had came from the opium trade, and because they had it they were able to survive a little longer than they would have otherwise.”

A report from the United States Institute of Peace confirms Stewart’s claims of how much the Taliban profited from opium.

After his brief career in law enforcement—which ended, he said, when he refused to shave his beard at the request of the mayor of the town in which he worked—he got involved in a successful natural food company, from which he retired in 1999 after netting enough savings to travel the world and own homes in both Iowa and Guatemala. Now, his sights are set on Washington and fighting those fighting the Nixonian war on drugs.

“Politics is not what I like, but the competitors are not very good,” he said. “These insanely powerful institutions are fairly lame. I realized how much fun it is to go after people if you believe they’re on the wrong side of history…I discovered how exilerating it is to make a positive difference. It’s a heck of a lot of fun to play the game.”

Stewart acknowledges that being elected sheriff in a small town in Iowa won’t give him much clout when it comes to setting federal drug policy, but it gives him a platform to reach the people who do—his campaign ads, he said, will be running in Washington D.C. this week with the hopes that federal lawmakers see them and take notice.

“You can’t win the war on drugs in Cedar Rapids,” he said. “You have to spread the word to those in D.C. I’m going to counter attack and I am going to attack them hard and furious. And I’m gonna win. I’m going to go on the offensive. The drug war is creating evil all around the world. I can’t sit here in Cedar Rapids and talk to my neighbor and expect things to change.”