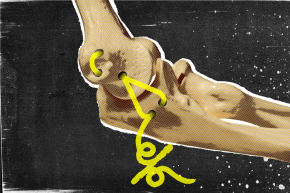 Needless to say, the baseball industry is skeptical an outsider has solved the billion-dollar problem posed by Tommy John surgery 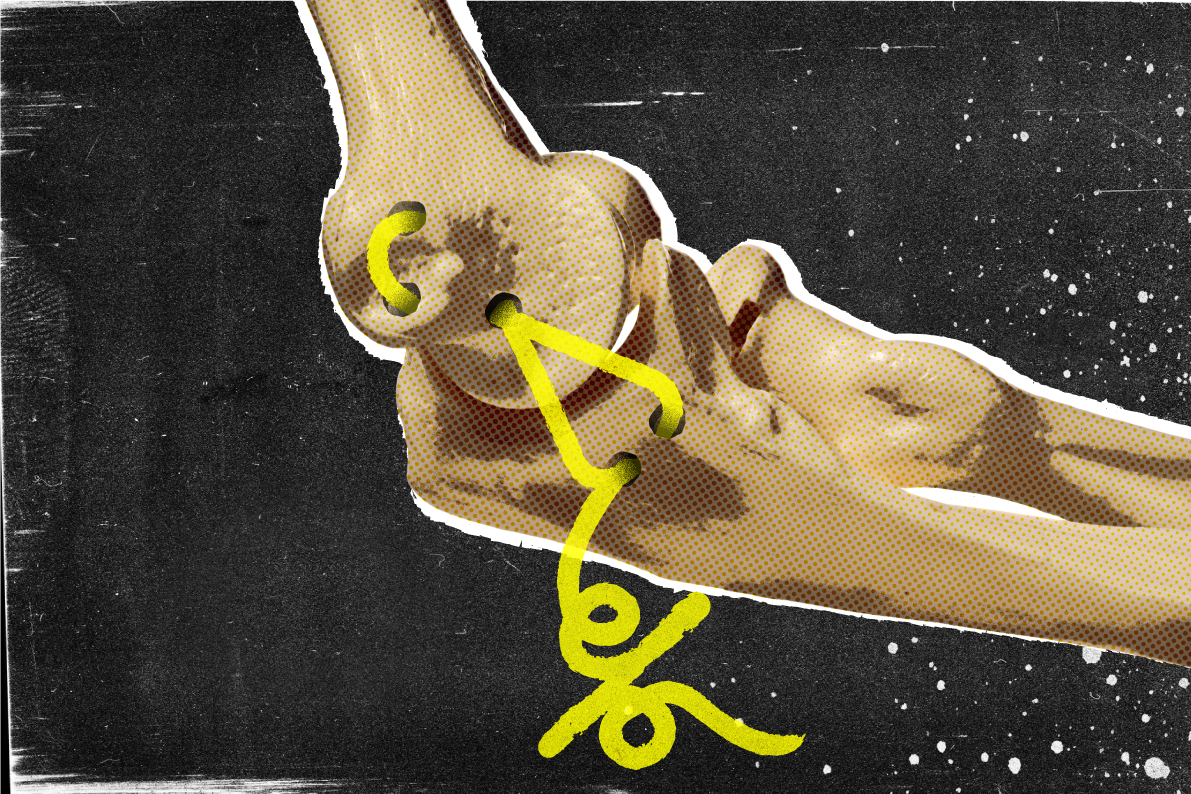 Watching baseball when your team has a top-flight pitcher has become the leading cause of anxiety among sports fans. The injury rate of pitchers — whose elbow ligaments, flexor tendons, shoulder labrums, and rotator cuffs are all sources of high attrition — has gone up as pitchers have become more dominant at the seeming expense of durability. The most infamous injury — tears of the ulnar collateral ligament — lead to Tommy John surgery, which usually requires a year or more of arduous rehab that promises no return to prior form.

Naturally, technology that can predict which pitchers are most susceptible to UCL tears would be nothing short of revolutionary, not to mention lucrative. A company purporting to deliver just that, Digital Video Predictive Pitching Analysis, launched a site this spring with little fanfare and even less notice, despite an unbelievable promise: “We can tell you if your pitchers will need ‘Tommy John’ surgery.”

How? The company claims to have an algorithm that combines the pitching insights of former pitcher and executive Matt Keough and the tech work of digital video pioneer Chuck Colby, who played three years of minor league ball, co-founded the streaming start-up Vosaic, and now owns an environmental company, SOS Mold.

Though DVPAA is curiously void of any background info about its founders and staff, Colby immediately replied to an email seeking comment. He explained in a series of interviews that there are two parts to the analysis: video-processing software and intuitive algorithms that also consider other pertinent data to derive a conclusion, i.e. a prediction on a pitcher’s future health. What’s necessary, Colby said, are a few video clips (with arm and shoulder visible) of each type of pitch a player throws to monitor the mechanics and angle of how it leaves his hand and some information such as velocity, pitch frequency, and medical history.

“I’m an under-promise, over-deliver guy and always have been—we’ve been able to get it [to] about 70 percent [accuracy] is what I tell people, and in truth it’s been a lot better than that,” Colby said.

Glenn Fleisig, Ph.D. is the research director of the American Sports Medicine Institute, and one of the foremost scholars of pitching mechanics. ASMI has a body of published, peer-reviewed scientific papers, and after reviewing DVPPA’s site, Fleisig was skeptical.

“They may have discovered the Holy Grail, but I am leery based upon the dearth of information on their website,” Fleisig wrote in an email. “They present science from others showing that Tommy John injuries are a growing problem, but no science showing their methods work. They also don’t say who they are, what their background and credentials are, or anything substantive about their methods.”

The founder of Driveline Baseball, Kyle Boddy, who is a consultant to major league teams with a data-driven approach to pitching mechanics, offered a let’s say stronger rebuke.

“This guy is almost assuredly a scam artist with zero track record and does all of us in the baseball industry a huge disservice,” Boddy wrote in a message. “There’s no equivalent technology, so it’s extremely unlikely this newcomer with no track record has discovered something.”

In response, Colby likened it to his experience with skeptics of a different technology: digital video. Years ago, he owned part of an international clothing manufacturer that accrued steep shipping costs. He partnered with the computer science department at the University of Illinois to enhance the viewing of online video. While marketing this new product, Colby said a wealthy venture capitalist asked, “Do you really think guys are going to use the Internet? You think businesses are really going to use this?”

“I understand their frustrations,” Colby said upon hearing the comments from Boddy and Fleisig, “and I understand how getting any area of business or any area of culture to adopt a new technology is really frustrating because people have been used to doing a certain thing a certain way for a lot of years. If you come up with something new, there’s no model for it. There’s no budget for it. I’ve done this before. I’ve done it with digital video and, with any luck, I’ll do it with this.”

Previous exploratory efforts tend to take a sports medicine approach as opposed to Colby’s predictive video algorithm. The field of injury prevention is growing, with increased data analysis and independent research seeking the root cause of ailments such as pitchers’ UCL tears. Jon Roegele, a writer for the Hardball Times, has studied the topic for years and found some reduction in the incidence of Tommy John in the 2016 season, although at least some of that is due to random fluctuation. Consider: at least a quarter of all big league pitchers have undergone Tommy John.

Stan Conte—the former Dodgers vice president of medical services and head athletic trainer who left to start a consulting firm, Conte Injury Analytics—published research in the American Journal of Orthopedics back in March detailing the prevalence and impact of certain baseball injuries. Included in his study: Of the 400 Tommy John surgeries performed on major leaguers in the last 42 years, nearly one-third (131) have been in the last five years. In the 2015 season, there were 116 disabled-list stints for elbow injuries costing exactly 10,000 days of missed work. Broadened to all types of injuries and factor in lost wages and salaries to roster replacements, the financial toll of the DL was $695 million last year. Conte said the median time from operating table to pitcher’s mound was 14 months.

Boddy’s Driveline Baseball site is an active resource sharing his own work and that of other experts. A recent post cited the September issue of The American Journal of Sports Medicine in which there was a study titled, “Predictors of Ulnar Collateral Ligament Reconstruction in Major League Baseball Pitchers.” That paper concluded, “According to this model, (1) fewer days between consecutive games, (2) a smaller repertoire of pitches, (3) a less pronounced horizontal release location, (4) a smaller stature, (5) greater mean pitch speed, and (6) greater mean pitch counts per game were all significant predictors of UCL reconstruction.”

A second research paper, published in the March issue of the same journal, had a different take. Rather than average pitch speed, those doctors stipulated that the prevailing risk factor was “peak pitch velocity.” Increased weight and younger age also contributed, but only about seven percent of the risk and, interestingly, the study said “pitch counts were not significant predictors.”

“Everybody’s looking at pitch counts,” Conte said. “Intuitively, that makes sense—[if] you throw more, you’re probably going to get hurt more. You run across the highway more times, the chances are you’re going to get hit by a car eventually. The exposure rates are more if you throw more, but we don’t really see that when we start to try to prove it.”

DVPPA doesn’t have such a body of peer-reviewed research, just a series of case studies using videos from past seasons and seeing if the program predicted what actually happened. Colby said that Keough—who, after playing, worked as a scout and executive but is now out of baseball after struggles with alcohol—is not involved on a daily basis but that DVPPA’s insights have been gleaned from hours of conversations over the roughly 40 years they’ve been friends.

“I sat with him over a period of a couple years and sort of tried to distill all the information that he had into code, based on my knowledge of digital video,” Colby said, adding later: “He is indisputably one of the smartest baseball minds I’ve ever known. This grew out of his inspiration and his ability to discern these sort of arm problems.”

The algorithm targets the preconditions that lead to Tommy John surgery, offering warnings of certain pitches that might be more problematic to a pitcher’s arm health.

“It shows arm failure, and most of that manifests with Tommy John,” Colby said. “We have been able to predict other arm problems. Honestly, not sure why.”

Colby said some of the pitchers flagged as injury candidates had other arm ailments instead of UCL tears. He offered to demonstrate the system to Vocativ, but there was no suitable way of doing so without the necessary pitching video library and because of DVPPA’s poor interface. (Colby said this was somewhat by design: he envisions a consulting service rather than a software licensing business.) A roadblock to showcasing the program is finding consistent, comparable camera angles as well as detailed medical records, though major league clubs would have no trouble supplying those prerequisites on their own players.

“When you’re doing research, what you want is pure-as-the-driven-snow data, which is hard to get,” Conte said.

Colby said he has spoken to a few major league clubs, but each has balked at the price: $30,000 per consultation for a minimum retainer of 10 evaluations of pitchers whose salaries are up to $10 million per year.

“Typical baseball, they move one mile an hour on anything new,” Colby said, before adding: “Having been around baseball for how-many years, I know how it’ll happen, one guy will do it, right? And it’ll work. As soon as one does it, the rest of the lemmings will follow it right over the cliff. We need to get the one and prove it to somebody.”

Colby said he has offered free trials to big league organizations, too, but hasn’t gotten any traction. His hope is that the software won’t just foretell injuries but provide indicators in time for a pitcher to change his mechanics before a ligament tear.

“Once I can prove to these guys that this thing works,” Colby said, “now I can work proactively with their pitching coaches and their pitching staff and say, ‘Hey, by the way, here’s this guy: Everything’s fine, but this one pitch is kinda showing a red flag in the computer. Maybe you can give him a different pitch or modify the way he delivers it, we can look at it again, see if that changes the metrics, and maybe presents less of a risk.’ That’s where the real value of this thing shows up, not just ‘OK, this guy’s going to blow.’ But it’s harder to get there.”

Organizations have instituted regimented throwing programs and innings limits because, Conte said, they can control that, although arm injuries have not declined.

“This is the ultimate goal for all medical departments,” Conte said. “It’s not about putting a black mark or a red cross on somebody’s head that they’re going to get hurt, that they’re a high-risk for injury. It’s actually about trying to do something to reduce the injuries.

“When we look at these risk factors, it’s not so much about predicting injury—although everyone’s interested in that—it’s about figuring out which variable causes a high risk and what can you do about that variable.”

In a multi-billion-dollar industry with ace pitchers receiving upwards of $30 million per season, such a savings would be enormous.

“I understand this is going to be an expense you didn’t count on,” Colby said. “All I’m saying is, give me an opportunity to show you this works, and it’s my belief that, once you do, you’ll find the money for this. I still haven’t gotten any traction yet. So, I don’t know. Maybe I’m wrong.”