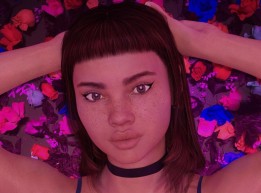 People Refuse To Believe This Instagram ‘Model’ Is CGI

Despite having all the markings of an art project, the debate over Miquela's "realness" rages on 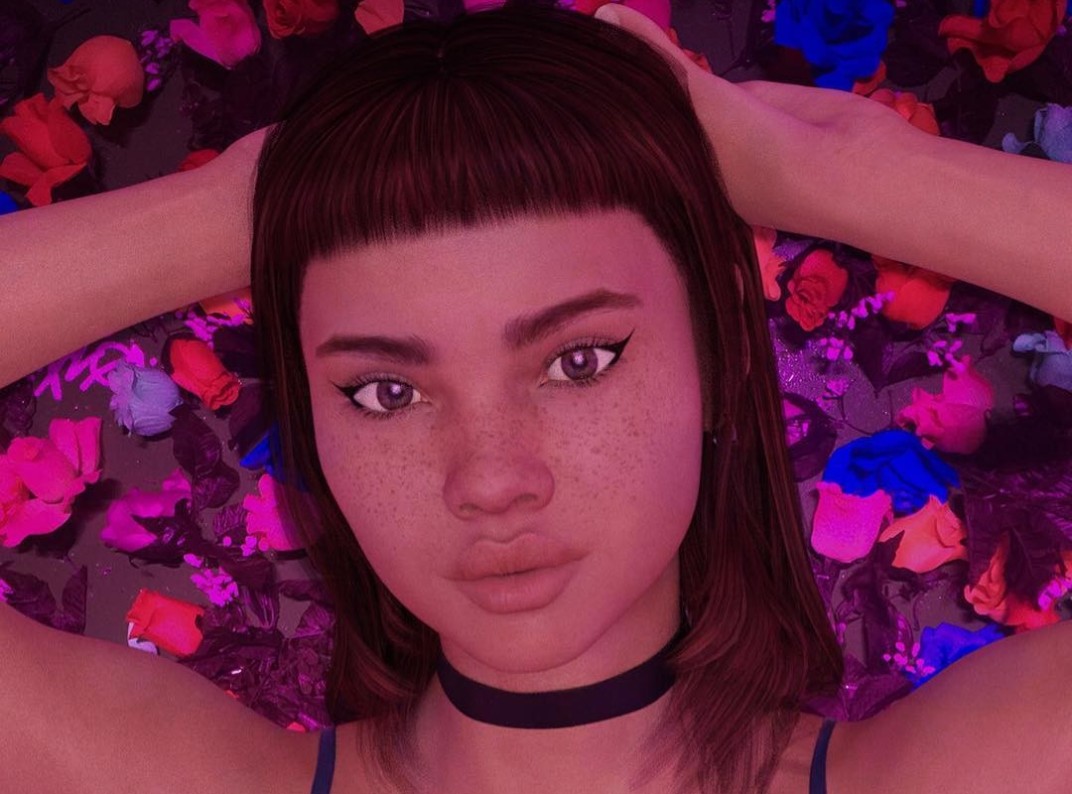 Instagram personality @lilmiquela can’t possibly be real, at least in the physical sense. Sure, Miquela behaves like any other girl in Los Angeles. She goes to Café Gratitude, hits the beach, frequents exclusive clubs, posts memes about the city’s infamous drug dens, and gets shy at parties. If she were real, it would be the most egregious case of Photoshop retouching the world has ever seen. Miquela looks like a computer-generated avatar from Second Life with completely smoothed out, symmetrical features, no edges, and no pores. Of the few dozen photos she’s posted on Instagram, most are of “herself,” but she occasionally betrays that artifice with touches that resemble humanity.

In short, the @lilmiquela account has all the signifiers of a calculated net art project. But that hasn’t stopped her nearly 80,000 followers and the whole internet from vigorously debating whether or not there’s a real person in those photos.

“I’m lost surely this isn’t a real person??” one commenter asks. “I think her face is a humans face, or at least based off one like Until Dawn, but way more realistic, but if she’s real she might’ve edited her hair because NO ONE has hair like that,” says another. While a number of followers have outright asked Miquela if she’s real or not, she gives away no personal information other than that her location is the Valley, and she links to various issues-based sites in her bio. She previously linked to a Planned Parenthood donation page, and currently links to a petition to stop the construction of the Dakota pipeline. At times, she appears in lifelike settings that further confuse the issue. In one such image, Miquela’s caption reads, “Flirting w dads @cafegratitude.” But even then, followers quickly called it out for its obvious editing. “So human her finger’s cut off!” one said.

The UK Independent took the question of whether Lil Miquela is “real” or not to Dougie Cross, a computer animation expert at studio TIGERX. His expert take? She’s both. “She looks so realistic,” he told the Independent. “I think what’s throwing everyone is the facial details are so good.” He said her hair and clothes were obviously computer generated because they lack “contact shadow.” “They’re taking a photo of an actual person and blending that with the model,” he said. “There is a lot of work post-production on art and makeup.” He said it’s possible the girl running the account looks a lot like the creation, and at least one picture posted by Miquela indicates that is a possibility:

And it would be one thing if the debate revolved around whether or not Miquela is based on a flesh-and-bone human being. But this is not a debate about artistic inspiration; rather, there are those who can’t conclusively decide on their own whether she’s comprised of pixels or not. Miquela may be taking real photos of herself or someone and covering them with a CGI avatar, though arguably, it would be easier to build a 3D model from scratch.

Miquela isn’t the first example of people using Instagram to blur fact and fiction in the name of art. In 2014, artist Amalia Ulman staged a nearly all-selfie series on Instagram charting an unknown girl’s move to Los Angeles and grab at “It Girl” status, boasting about a boob job and pole-dancing classes. She amassed tends of thousands of followers but stoked the ire of the art world she’d been a darling of, who believed she had truly succumbed to the city’s vampiric pull on intelligence. But it was all staged, an art project called “Excellences & Perfections” about social media and female self-presentation online for women, who are, in effect, always performing.

Vocativ reached out to Miquela via email, who responded within minutes, like a real person. Via the name Miquela Sousa, PR person in tow, she expressed interest in discussing her “life.” But a request to get that interview locked down any time in foreseeable future produced a more artificial response from a publicist: “Would love to have you speak with Miquela in the coming month or so. Is it cool to put this interview on hold for just a moment?”

Perhaps Miquela is finalizing the details on an unveiling like Ulman’s art project, or negotiating a movie deal, or frantically searching for someone who looks a lot like the CGI avatar created for the site to go public. Either way, until she directly tells her followers what the deal is, the debate is sure to rage on.