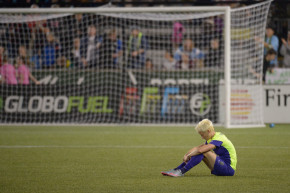 Of course this is playing out on social media now 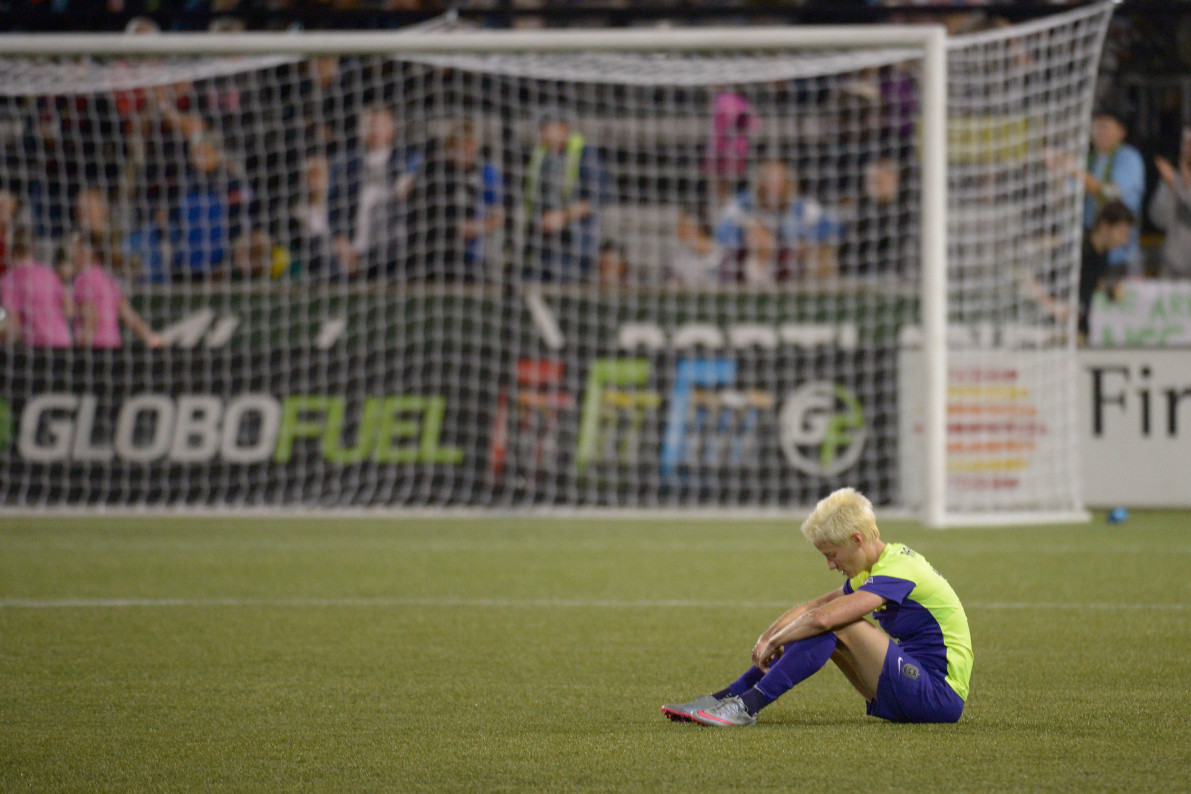 Megan Rapinoe, a midfielder with the Seattle Reign of the National Women’s Soccer League, joined Colin Kaepernick by refusing to stand for the National Anthem on Sunday. She’d planned to do the same at a game against the Washington Spirit of the NWSL last night, but that didn’t sit well with Bill Lynch, the owner of the Washington Spirit, who decided to take his metaphorical ball and go home by having the Anthem played before the players could take the field, lest Rapinoe “hijack” the proceedings.

You see, in Lynch’s mind, standing off to the side and taking a knee would be an act of “disrespect” that would take “focus away from the game” and “hijack this tradition that means so much to millions of Americans.” However, Lynch seems unaware of the fact that his act of subterfuge has drawn even more attention to Rapinoe’s silent protest.

Here’s the team’s statement in full.

Okay, just to clarify things, Kaepernick made it perfectly clear that his protest should not in any way be interpreted as an attempt to slander this country’s armed forces. Similarly, Rapinoe explained the rationale behind her “nod to Kaepernick,” pointing to issues surrounding police brutality and state-sanctioned violence, stating that, as an openly gay woman, she has seen her own civil liberties impinged upon and calling for, “A more substantive conversation around race relations and the way people of color are treated.”

But no, the Spirit refused to address any of that. In their mind, there’s only one way anyone could view this: Namely, that the National Anthem is about paying obeisance to the military, pointing out that Lynch has friends that have served and lost loved ones, and that this would be seen as a direct insult. So, despite deeming Rapinoe’s cause “worthy,” it would be best if she took her lil’ protest elsewhere.

Of course, insisting that this is injurious to the military is exactly the route many have taken to dismiss Kaepernick and Rapinoe altogether.

After the game, Rapinoe spoke with reporters. Needless to say, she was less than thrilled.

“It’s [expletive] unbelievable. Saddened by it. It’s pretty clear what the message is I am trying to bring to light in Chicago and what I continue to try to talk about the last few days. Clearly with [Spirit owner Bill Lynch’s] actions, it’s a necessary conversation. It was incredibly distasteful, four days before one of the worst tragedies in our country, to say that I tried to hijack this event,” Rapinoe said. “It’s just really disappointing and disrespectful. We want to talk about disrespect, and me disrespecting, he didn’t even give both teams a chance to even stand in front of it and show their respects. It’s unbelievable. It’s truly an unbelievable act to me.”

At least one person, who’s probably lost his or her job by now, agreed with Rapinoe. It’s since been deleted, but this is a fine tweet from the team’s official account.

Oh, right. The game. The Spirit edged the Reign 2-1, and will be rewarded with the first home playoff game in the team’s history. Lynch must be thrilled.