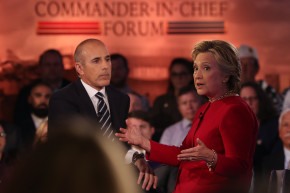 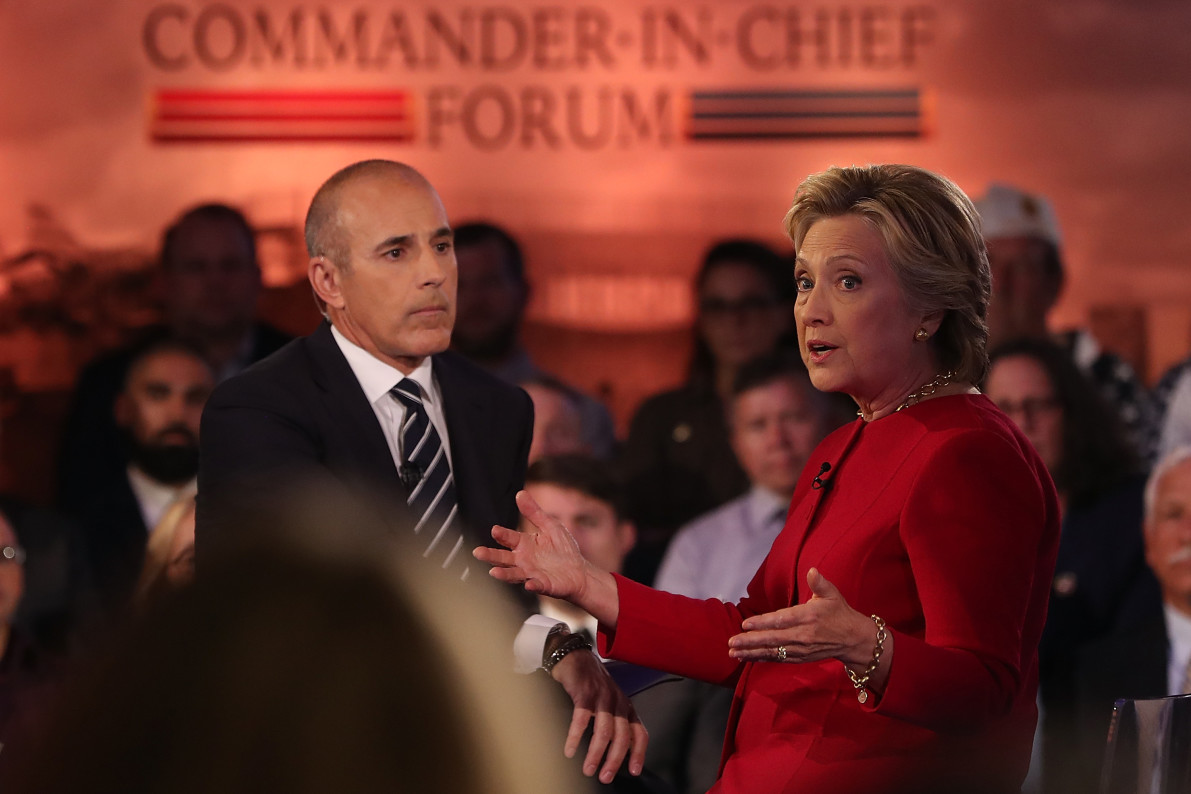 Matt Lauer got 30 minutes apiece to interview Hillary Clinton and Donald Trump at NBC’s Commander-in-Chief Forum on Wednesday night — a high-profile opportunity, weeks away from the election, to ask each about their national security plans.

And, as far as most of the news media, along with scores of writers, pundits, and thousands of social media users were concerned, he did a terrible job. Or, you might say, #LaueredTheBar.

NBC pegged Wednesday night’s forum as an opportunity to answer the question “Who is better qualified to serve as America’s next Commander in Chief?” Unlike a debate, Clinton and Trump were questioned by the “Today” host separately, as well as by veterans, who were present in the live audience. The event was even co-sponsored by the Iraq and Afghanistan Veterans of America (IAVA). Lauer has interviewed political candidates before — he sat down with Trump in April of this year — but he’s the host of a general-interest morning show, not one of NBC’s political heavy-hitters like Chuck Todd.

The chief critique was that Lauer let Trump get away with being Trump — dodging questions and fudging the truth — while going hard after Clinton. Lauer spent a full third of his interview with Clinton discussing her private email server, and the surrounding FBI investigation — which found her not guilty — while asking Trump open-ended questions, such as “Why should you be commander-in-chief?” Lauer also failed to correct the Republican presidential hopeful when he claimed, as he has done repeatedly, that he opposed the Iraqi war. Trump is on record as stating he supported the war in 2002.

Hours after the forum ended, the barrage of dissent continued. The hashtag #LaueringTheBar, first used by a Donald Trump parody Twitter account, trended early Thursday morning, with around 3,700 tweets.

Apparently TODAY will ignore the elephant in the news and not mention #LaueringTheBar screwed the pooch. Switching the channel.

Neither NBC, nor Lauer himself, had commented on the fallout from the event by publication time.