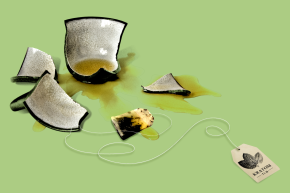 Is It Medicine Or Heroin? The Fight Over Kratom
By Ethan Harfenist

Is It Medicine Or Heroin? The Fight Over Kratom

Kratom, which has existed for years in a legal gray area, will be classified as a Schedule I drug at the end of September 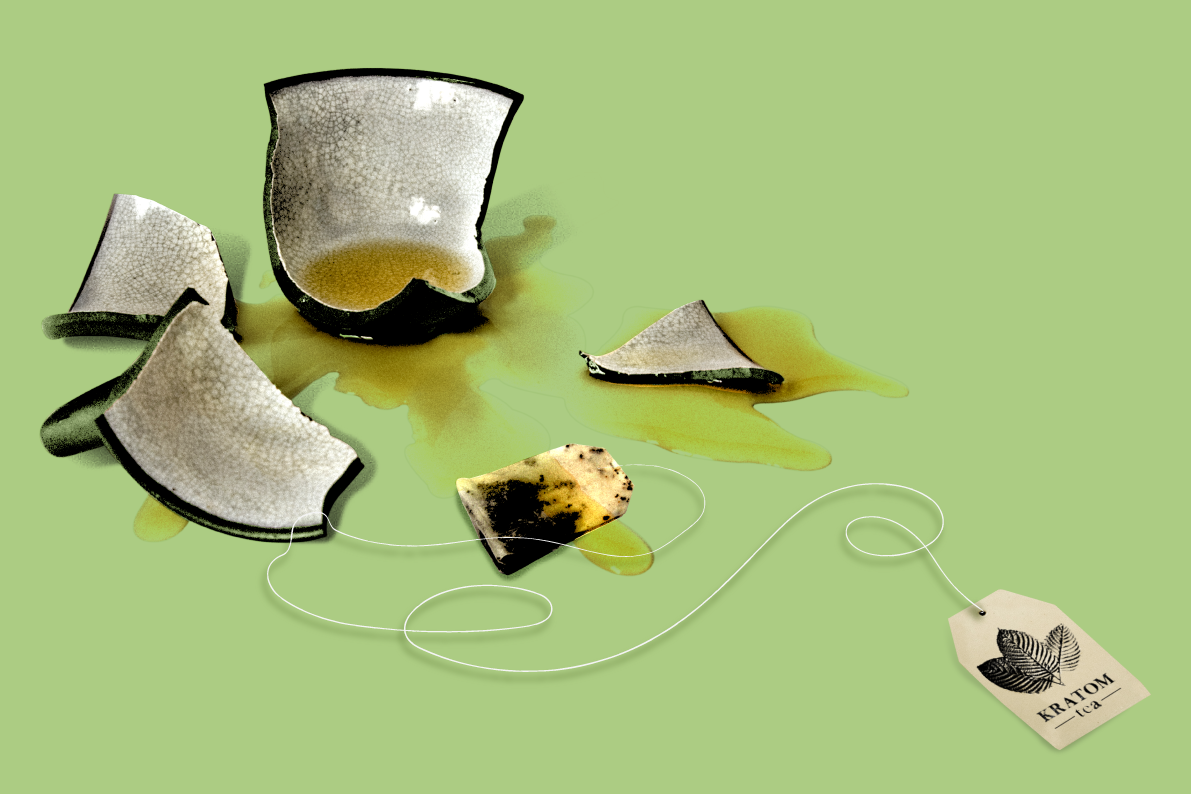 Update: After a public outcry, the DEA has decided to withdraw its proposal to ban kratom.

For Angie Ross, 51, chronic pain has been a daily reality for several years. Diagnosed with lupus and rheumatoid arthritis in 1998, Ross went about her routine in an opioid-induced haze to deal with the hurt brought on by her conditions. But in September 2010, Ross, who lives in a suburb outside of Cleveland, Ohio, was laid off from her customer service job.

“When I got laid off and lost my insurance I couldn’t take my medication,” Ross told Vocativ. “So, I couldn’t afford the pain clinic or any of that. That’s when a friend introduced me to kratom and changed everything.”

Since then, Ross has been a daily user of kratom, a plant whose leaves produce a mild opiate-like high for some, and she credits it with giving her the ability to function normally again. But in about two weeks, the United States government will place kratom on Schedule I of the Controlled Substances Act, making it very illegal for people like Angie to use it. “This means I have to go back to a pain clinic and go back on opiates. Or I run the risk of going to jail with a Class A felony,” she says.

A drug that much of the American public has not ever heard of, kratom will join marijuana and ecstasy on the U.S.’s list of banned substances that have a “high potential for abuse” and “no current accepted medical use.” But advocates and users of the Southeast Asian plant are mobilizing online to try and thwart an action they call misguided, while others consider stocking up while kratom remains legally available.

On August 30, the Drug Enforcement Administration announced its intent to place kratom, a tropical tree indigenous to Malaysia, Myanmar, and Thailand, into Schedule I “in order to avoid an imminent hazard to public safety.” In addition to noting kratom’s ability to produce effects similar to certain opioids, the notice acknowledged increasing amount of kratom powder, plants, capsules, tablets, liquids, and patches seized by federal agents over the last year.

While law enforcement has already begun to seize kratom in anticipation of its new status — set to take effect September 30 — kratom’s previous existence in a legal gray area already allowed authorities to confiscate kratom products. An import alert issued by the Food and Drug Administration in June 2015 allowed for shipments of kratom, called a “dietary supplement” here, to be seized without physical examination over concerns that “consumption of kratom can lead to a number of health impacts,” ranging from respiratory depression to loss of libido. Since then, the FDA has seized thousands of “supplements” containing kratom. According to the agency, between February 20214 and July 2016, over 55,000 kilograms of “kratom material” was encountered by law enforcement at ports in the U.S.

Kratom’s vague classification didn’t stop people from ingesting it. It’s been used in its native Southeast Asia for hundreds of years as a pain killer and relaxant, Mitragyna speciosa emerged in the West in the early part of the twenty-first century as both a recreational substance for thrill-seekers looking for an energetic, opioid-like high, as well as a natural replacement therapy for addicts trying to wean themselves off of heavier opioids such as heroin and OxyContin.

But for people like Susan Ash, the founder and director of the American Kratom Association, and Angie Ross, an AKA board member, the plant was quite literally a lifesaver.

Several years ago, Ash was put on a regimen of strong opioids to help her deal with pain caused by fibromyalgia and late-stage Lyme disease. The painkillers eased her suffering, but Ash eventually became dependent on them. In 2010, she took to internet forums to seek out other pain management options.

“I had a woman in a Lyme disease support group reach out to me — because I had made a post asking if anyone knew of anything that could help me going through withdrawals and to manage my pain—and said, ‘You should try this plant kratom,’” Ash told Vocativ in a phone call. The woman eventually instructed Ash on how to go about getting the plant. “The day that it arrived at my home, it completely eliminated the withdrawals I was experiencing.”

More Is the Trendy Internet Drug Kratom Making Everyone Crazy?

Although Ash would struggle with opioid addiction for a few years afterward — using kratom when she ran out of her prescriptions — she circled back around to kratom when she decided to quit using Suboxone, a popular opioid replacement drug made from buprenorphine and naloxone. “Against my doctor’s advice, I weaned myself off of Suboxone using kratom alone, and I’ve never gone back, except in extreme situations like surgical or dental procedures,” Ash said, adding that kratom allowed her to transition from bedridden to being “a productive member of society.”

As a result, Ash founded the American Kratom Association in 2014. The group, which initially was formed as an advocacy group to lobby against making kratom illegal at the state level, counted several thousand followers on its email list and social media accounts. But ever since kratom’s impending scheduling was announced, Ash says many more people have joined the fold: AKA’s email list, for instance, added seven thousand members in the week since the ban was announced, jumping from three thousand recipients to ten thousand.

Ash says her group is prepping a comprehensive legal and lobbying strategy to fight kratom’s scheduling and at the very least gain a 90-day comment period, allowing members of the public to voice their opinion on the matter. The group has also mobilized its members to contribute to a White House petition aimed at not making kratom a Schedule I substance. It has already received more than the 100,000 required signatures since it was created on August 30.

In addition, hundreds of have taken to sites like Twitter and YouTube to post videos with the hashtag #IAmKratom. In the videos users face the camera and describe the often painful circumstances that led them to kratom’s many benefits, including the ability to ditch their prescriptions for heavy opioids and to reenter society in a meaningful way.

“We have plans to prove through science and testimony that this is not the evil drug like heroin that the media has portrayed it to be. We’re not going to go away,” she said. “It’s a 30-day period where we’ve been told we’re going be turned into felons,” Ash said.

Put into effect in 1970, the Controlled Substances Act created five schedules, or classifications, for drugs based on the danger they pose and their possible medical use. The DEA and the FDA are the agencies that decide which substances are added to or removed from the five schedules, though the initial law passed by Congress created the initial listing. Those caught trafficking Schedule I narcotics face no less than five years in prison for their first offense.

Prior to the DEA’s decision, Kratom was made in illegal in six states: Alabama, Arkansas, Indiana, Tennessee, Vermont, and Wisconsin. But some kratom vendors in states where the federal ban isn’t in effect yet are already feeling the heat. Rocky Mountain Kratom, a Denver, Colorado-based retailer that operates a storefront and an online shop, said on its website that it received a formal notification from the Denver Department of Environmental Health for “recall of all kratom products.” Others, such as the online retailer Herbaldom, have pledged to cease sales once they’ve their supply runs out.

Ash says she has seen “plenty of people” post on social media about stocking up on kratom — which comes in a powder made from leaves and is usually consumed as a tea — before it becomes formally illegal. It remains to be seen, however, if narcotics agents will track larger orders as the substance’s scheduling looms. Ross, meanwhile, says she has not purchased any kratom since the announcement and is “undecided” about whether she’ll purchase more now that it is set to become illegal. “I mean, I don’t want to go to jail. We’re not talking jail, we’re talking prison,” she says.

Many in the drug advocacy world are also lamenting kratom’s new illegality. Grant Smith, the deputy director of national affairs at the non-profit Drug Policy Alliance says that the kratom ban will prevent the creation of a safer, regulated market by moving it further into the shadows. “What I would expect is that the emergency scheduling would drive this market underground,” he told Vocativ. “Anybody that is selling, buying, possessing kratom will be in violation of federal law and subject to federal felonies.”

Smith says that kratom ought to be in its own schedule since the jury is still out on whether or not it could be used as an effective opioid replacement therapy. However, the DEA has essentially stopped any ongoing research into the plant’s benefits in its tracks. “We know anecdotally of a number of folks who struggle with opioid addiction use kratom as a replacement therapy,” he said “To say that kratom, by placing it on Schedule I, has no medical value, we just don’t know that to be the case.”

Andrew Kruegel, a scientist at Columbia University who has conducted research on kratom’s alkaloids, pointed to a number of studies that have looked into kratom’s potential medical value. Researchers have shown that not only does pure mitragynine, the most abundant alkaloid in kratom, exhibit analgesic and cough suppressant activity comparable to codeine, it has also demonstrated anti-depressive effects, as well. “So as you can see, the scientific literature over several decades is quite suggestive of potential medical applications for mitragynine and/or its synthetic analogs, but further research is needed,” Kruegel told Vocativ in an email. “Unfortunately, there has been little research on the raw plant itself in terms of direct consumption, so we don’t know much about the safety, prevalence of use, or medical potential beyond anecdotal evidence, which admittedly appears to be quite substantial.”

The United States’ current opioid epidemic, which claims 78 lives per day and costs the country $55 billion in health and social costs each year, also makes a potent case for further research into kratom, especially given the major lack of treatment options available to most of the country’s addicts. “If the research is showing that the kratom compounds that are being scheduled could provide another way for people to move away from more problematic substance use—I think we should be focused there, and not focused on criminalizing these compounds,” Smith said.

Kruegel, who says he and his colleagues “respectfully oppose the scheduling action at the present time,” says that kratom’s compounds are “very exciting from the research perspective because they provide an opportunity to address the opioid overdose epidemic that is currently sweeping our nation through the development of new, safer drugs for pain.”

His and other researcher’s ultimate goal is to progress compounds from the mitragynine class into clinical trials, and then use the resultant drugs as replacements for opioids such as morphine, oxycodone, and hydrocodone. But Kruegel concedes “[it’s] a very long and expensive process,” and one that might not be possible given the substance’s impending illegality. “Unfortunately, moving the kratom alkaloids into Schedule I will make it very challenging to conduct the further study necessary to fully understand the risks and potential benefits of kratom use in a scientific manner,” he says.