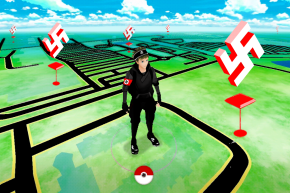 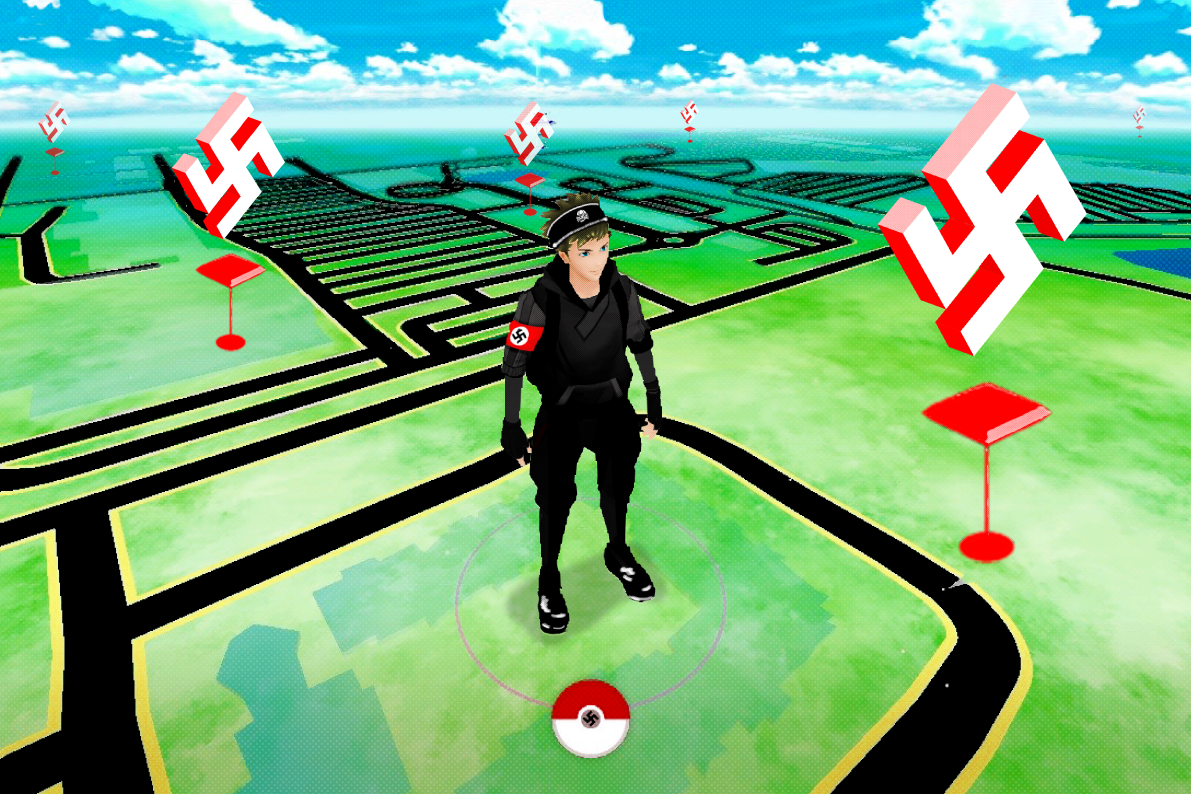 The racist fringe of the now-mainstream alt-right movement is seizing on the popularity of Pokémon Go to recruit kids who congregate at “gyms” to play the mobile game, according to one of the group’s most outspoken leaders.

Andrew Anglin, the neo-Nazi wordsmith behind the alt-right Daily Stormer blog, posted a story on Tuesday about an “enterprising Stormer” (a follower of Anglin’s blog) who is finding Pokémon Go gyms, which serve as battle grounds for players, and distributing recruitment fliers to kids with the hope of “converting children and teens to HARDCORE NEO-NAZISM!”

“The Daily Stormer was designed to appeal to teenagers, but I have long thought that we needed to get pre-teens involved in the movement,” Anglin wrote in the blog post. “At that age, you can really brainwash someone easily. Anyone who accepts Nazism at the age of 10 or 11 is going to be a Nazi for life.” He added, “And it isn’t hard. It’s just a matter of pulling them in. And what better way to do it than with Pokémon fliers at the Pokémon GO gym???”

Anglin declined to identify the “stormer” behind the fliers by name, nor did he disclose where these fliers have been distributed—saying only that it is in an “American town.” Vocativ could not find any media or law enforcement reports of neo-Nazis handing out the fliers in any city. Nor could experts who monitor people like Anglin and groups like the alt-right.

“This is another publicity stunt on the part of Anglin to gain media attention,” Marilyn Mayo, a research fellow at the Anti-Defamation League’s Center on Extremism, told Vocativ. “We have not heard any reports of the flyer being circulated and Anglin doesn’t offer proof that the flyer was actually distributed. He just has a pdf and an image of the flyer on his site.”

The flier features run-of-the-mill neo-Nazi propaganda—it rails on Jews, African-Americans, and claims a “white genocide” is happening and white people need to stand up and prepare for the impending race war. The first step, the flier explains, is electing Donald Trump president. Step two is to “get active in the Nazi movement” because the “alt-right Nazis are the only ones who can save this country from the kikes.”

“Adolph Hitler was a great man,” the flier, under the title “Hey White Boy!” explains. “Just as you want to catch all the Pokemon, he hunted a different type of monster: Jews.”

The alt-right movement isn’t new but made national headlines last month when Hillary Clinton gave a scathing speech linking Trump to the oft-racist movement. Alt-righters generally fall into one of two categories: those who disguise their racism as “white nationalism” and don’t embrace the racist label in an effort to be taken seriously, and those—like Anglin and his followers—who wear their bigotry on their sleeves, as Vocativ has previously reported.

Clinton’s speech came just days after a shakeup in the Trump campaign led to the appointment of Stephen Bannon, the former head of the alt-right website Breitbart.com, as the CEO of the campaign. As Clinton mentioned in her speech, Breitbart.com is responsible for white nationalist propaganda like a story titled “Hoist It High And Proud: The Confederate Flag Proclaims A Glorious Heritage,” and a sexist rant with the headline, “Birth Control Makes Women Unattractive And Crazy.”

Anglin has created a PDF file of the flier so other “stormers” can print them out and distribute them at Pokémon Go gyms and even provided a map showing the locations of gyms across the country.

“These hotspots are packed,” he wrote. “No doubt, you’ll be able to hand-out a hundred in 30 minutes easy if you live in a decent-sized urban area. Get in and get out. Take a buddy with you.”