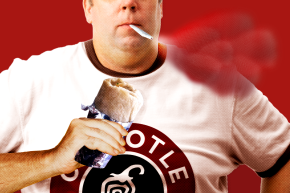 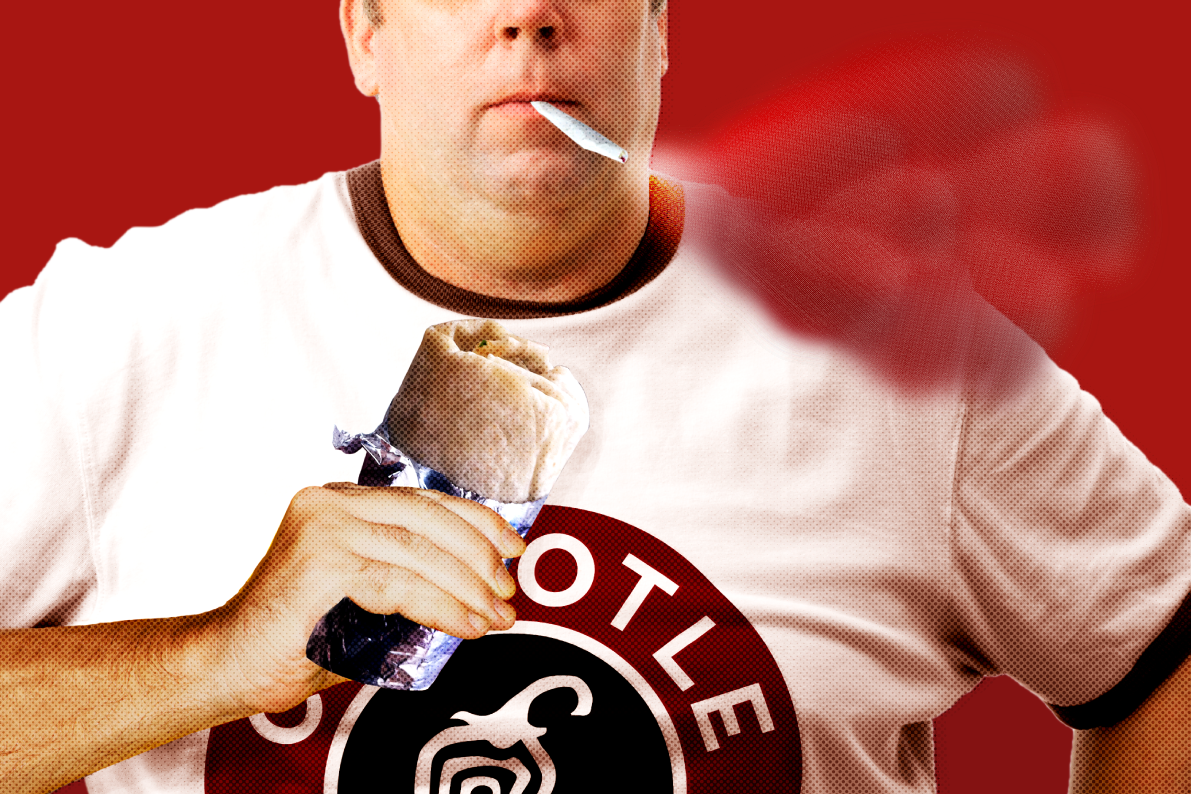 Chipotle biggest claim to fame in recent times is that it was responsible for giving a whole bunch of people food poisoning. But now it’s trying hard to change all that with a bold social media strategy: sick tweets. (Sorry not sorry.) On Tuesday, the fast food chain tweeted a silly poll clearly aimed at appealing to its Twitter-using customers who love sex and/or weed, and it quickly set off a backlash from the very people it was trying to engage.

Twitter being Twitter, a backlash set in almost immediately after Chipotle released its poll into the world:

@ChipotleTweets chipotle has no chill

Chipotle’s social media people of the day, “Shane” and “Gabe,” fought back bravely, sticking to the bit like a couple of seasoned comedians:

It may have unleashed a reaction spicier than anything served at Chipotle, but plenty of people really ate the poll up too. It’s been retweeted more than 6,000 times, and more than 80,000 people have voted in the poll. It will not shock you to learn that 420 holds a commanding lead at the moment, with 63% of the votes — it’s oddly reassuring to know that sex isn’t the thing most people associate with burritos.

And this isn’t the first desperate attempt by Chipotle to gain favorability amongst its once-loyal customers. Earlier this year, it started Chiptopia, a customer loyalty program. During the month of September, kids will eat free on Sundays. And it even made this weird little video to appeal to…people who like love? So it’s no surprise Chipotle is going hard after millennials, but in doing so it committed the ultimate crime against cool.

The tweet might have been a lame attempt to fit in with the cool kids at the weird twitter lunch table, but was this really a #BrandFail of burrito bowl-sized proportions? Not even close. Think about it: it made you think about something other than food poisoning for one second. So now when someone mentions Chipotle you’ll think “dad jokes,” and that’s still a considerable improvement over “puking your guts out.” The real danger here is that Chipotle will be encouraged by this small win to wade further into the land of millennial memes, and absolutely no good can come of that.