How Teachers Could Be Raising A Generation Of Climate Change Deniers
By Joshua A. Krisch

How Teachers Could Be Raising A Generation Of Climate Change Deniers 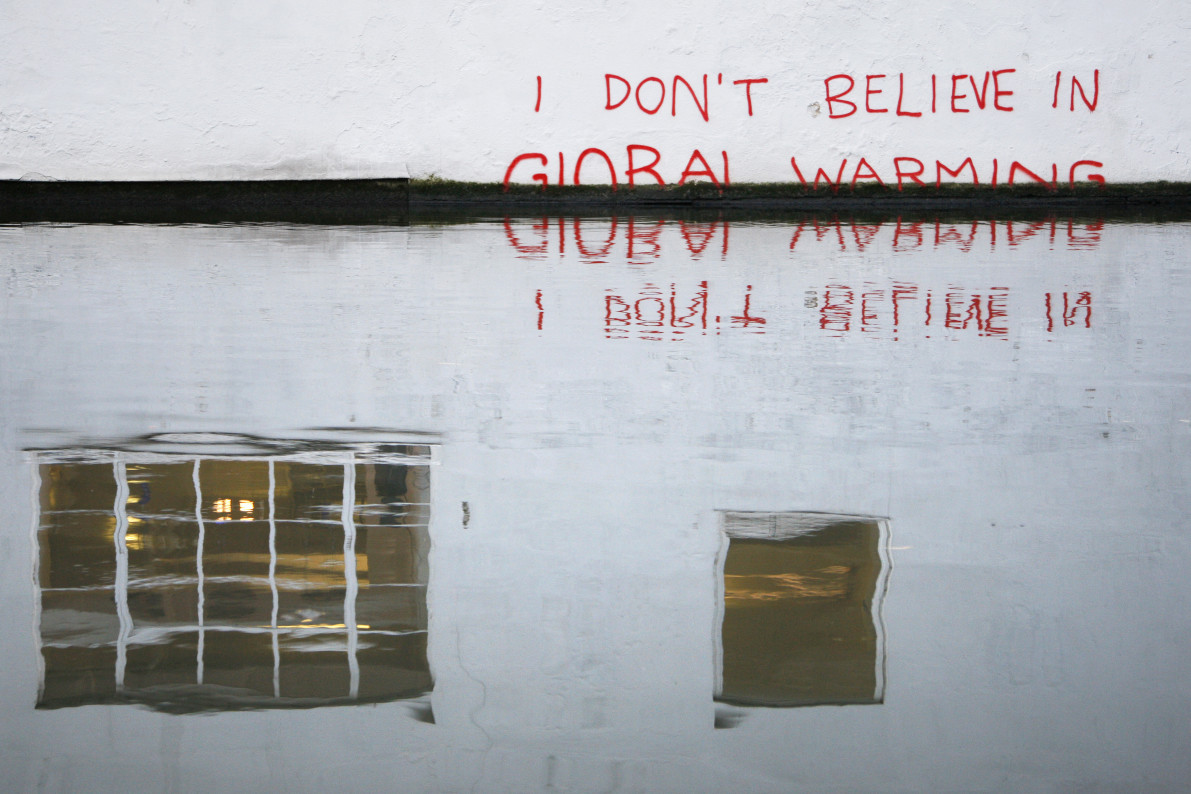 Virtually every climate scientist in the world believes that climate change is real and caused by human activities, but one in three high school and middle school teachers beg to differ. That’s obviously disappointing — these are the people entrusted with molding young minds — but until recently it was unclear whether these teachers and their opinions were in fact harming students.

Now, a new study in PLoS One demonstrates that middle school students tend to share their teachers’ beliefs about whether or not climate change is happening — but are not necessarily beholden to their specific opinions on why it could be happening, if they believe it is.

As to whether teacher opinions directly affect student opinions on climate change, “The answer is yes and no,” said coauthor Kathryn Stevenson of North Carolina State University, in a statement. “While students generally mirror a teacher’s belief that global warming is happening, when it comes to the cause of climate change, students reason for themselves and reach different conclusions than their teachers do.”

More A Third Of Teachers Are Teaching Climate Change “Controversy”

Thanks to climate change our planet is rapidly warming, ocean levels are rising, dangerous weather patterns are becoming commonplace, and rare species are dying out. Our best hope for a better future is a scientifically literate electorate: high school graduates who, at the very least, recognize that climate change is real and that human activities cause it. But a recent study found that most high school teachers devote barely two hours to climate science, and that one in three elect to “teach the controversy” surrounding climate change — even though no such controversy exists.

On the heels of this research, Stevenson and her team compiled a list of all 353 middle school science teachers in North Carolina and randomly selected 150 for their study. After 114 of these teachers declined to participate in the study (or were prevented from participating by their school districts) those remaining were asked to randomly select a class by flipping a coin. Then the researchers visited each classroom and interviewed the 24 teachers and their 369 students.

But how did these beliefs affect the students? The researchers found that middle school students more or less followed their teachers’ leads when it came to belief in climate change, but that they appeared to draw their own conclusions regarding the causes of climate change. In this sample, that proved to be a good thing — 82 percent students said they believed climate change was happening and a full 30 percent told researchers that they assumed it was caused by humans.

“Research suggests that individuals are more receptive to climate change communication from trusted messengers, and our results support findings suggesting that teachers are among the trusted messengers for adolescents,” the authors write. “Teachers are more polarized on the causes of global warming, but encouragingly, our results suggest that these beliefs do not transfer to students.”