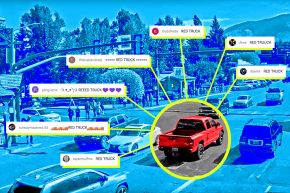 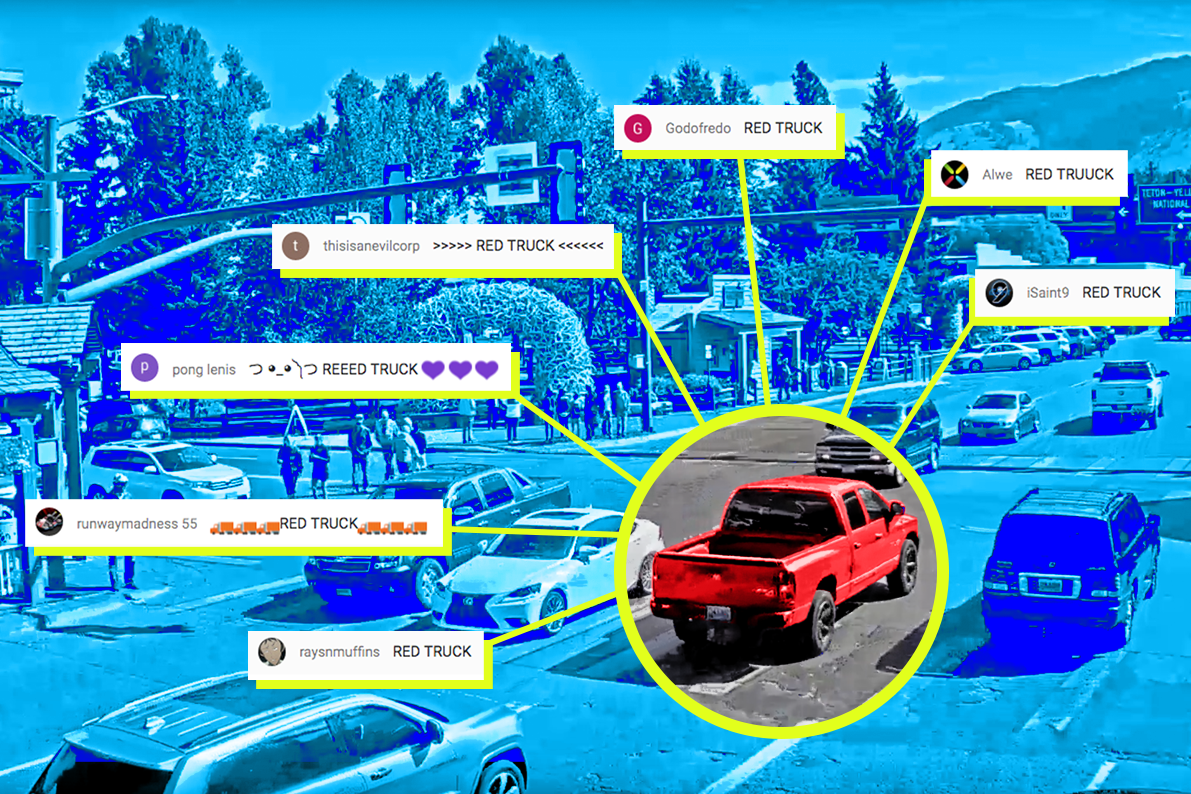 Over the past few days, a YouTube livestream of a town square in Jackson, Wyoming, has surged in popularity, with approximately two thousand concurrent viewers eagerly awaiting the sight of red pick-up trucks and Jacksonians crossing the street. Two thousand is fifth of Jackson’s entire population, and a hundred times more viewers than the stream had gotten previously.

Why the sudden surge? Robert Strobel, whose company, SeeJacksonHole.com, runs the camera, told Vocativ his theory is that someone found the stream and then promoted it on social media or Reddit, bringing in a bunch of new viewers. The influx then put it on YouTube’s list of recommended feeds, which got even more views. One Redditor’s hypothesis is similar, but reversed: YouTube wants people to use and watch its newly open-to-everyone, Facebook-competition livestreams, so its algorithm tends to recommend them. The Jackson Hole Town Square livestream became one of the oft-recommended streams, so a lot of people who wouldn’t ordinarily be interested in watching the goings-on of a small mountain town had it as a suggested watch when they logged into YouTube. From there, social media spread the word and it went viral, which only made it more likely to be recommended by YouTube.

NOBODY KNOWS WHY THEYRE HERE

THIS IS THE CHAT pic.twitter.com/9N0qI4ir2h

It helps that, for some reason, Jackson has a lot of red pick-up trucks, so when those show up at the intersection, there is much shared rejoicing in the livestream’s chat. People also celebrate when the walk sign comes on and people cross the street. It really brings the room together, and while you will see the occasional swastika and spam post, it’s been a surprisingly civil space. For this, you can thank Strobel, who says he turned on YouTube’s chat filters as soon as he noticed his stream’s jump in popularity.

As for why there’s a livecam of Jackson at all, it’s one of many placed and run across the West and Midwest of America by Strobel’s SeeJacksonHole.com and SeeWebCam.com. The idea, Strobel says, is that the streams will bring in viewers interested in those towns for various reasons, and businesses interested getting their products in front of those people will pay to advertise to them. Strobel’s Jackson Hole-area cams went up in 2014; he branched out to other towns with SeeWebCam.com in early 2016. Good-natured if a bit bewildered by the whole thing, Strobel’s not exactly sure what to do with this sudden surge in viewership yet; he says he just wants it to be a positive for both his company and Jackson.

“I’m trying not to be too reactive,” Strobel says. “For the moment it’s business as usual … A lot’s changed in the last 48 hours.”

While most of the people on the stream go about their day, seemingly oblivious to the delight their actions bring to a chat room full of observers, it seems some Jacksonians have realized their newfound popularity. Two women reportedly showed up on camera and took requests (they dabbed) and someone stuck a “RED TRUCK IS LIFE” sign in front of the lens.

For his part, Strobel has no idea why everyone is so obsessed with the red trucks.

“I don’t know what the psychology is there,” he says. “It’s funny for about 60 seconds to me.”

Want to see all the hot Jackson Town Square for yourself? Here it is — though you have to go to YouTube to see the accompanying chat, and really get the full experience.