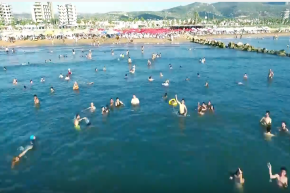 Uh, Syria Is Trying To Sell Itself As A Vacation Paradise
By Shane Dixon Kavanaugh

Uh, Syria Is Trying To Sell Itself As A Vacation Paradise 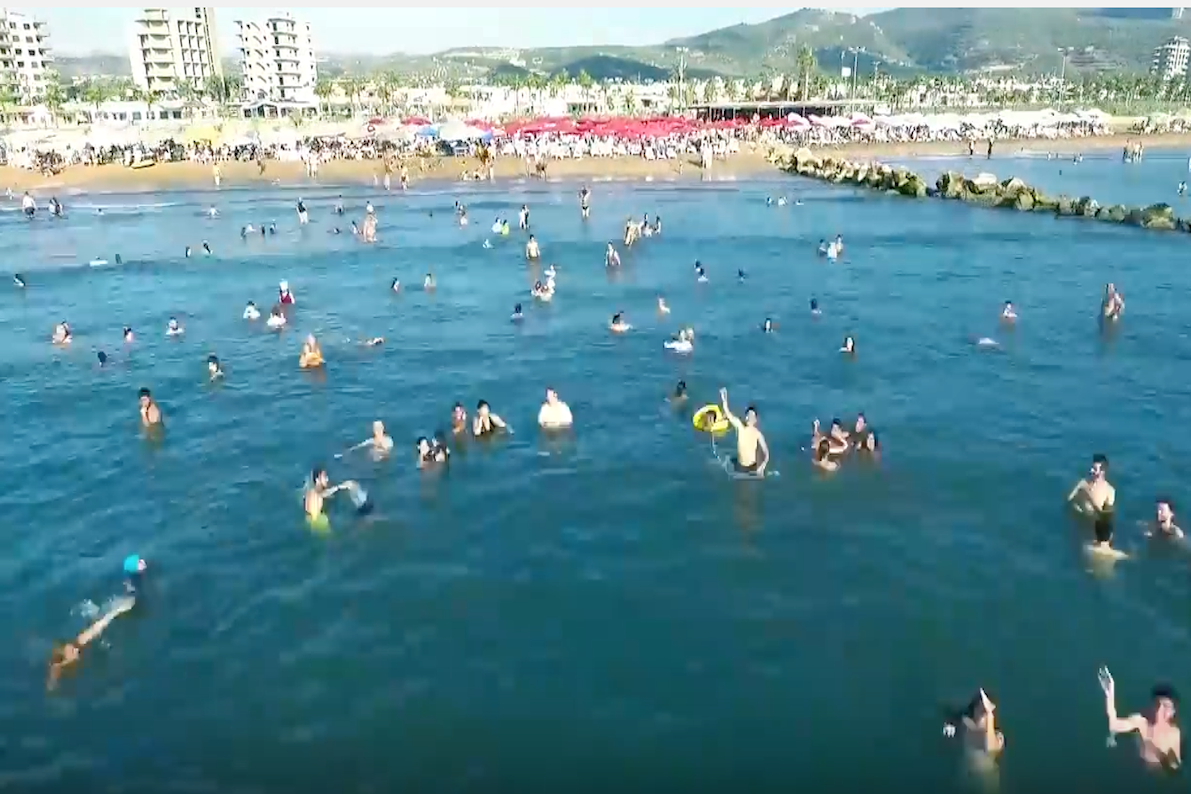 Disregard the bombed-out cities, the tens of thousands of dead, and pay no heed to the images of battered little boys who stare blankly from the back of ambulances. In Syria, life can still be a (blood-free) beach—at least according to a new government-sponsored campaign.

The Assad regime released a tourism video this week touting its war-ravaged country’s palm trees, sandy shores, and turquoise ocean water. Set to a pulsing remix of Alan Walker’s Faded, the promo captures a rollicking beach scene near what appears to be the coastal town of Tartus. There are sunbathers, swimmers, and a large number of people cruising around on jet skis. Absent are the barrel bombs, leveled neighborhoods, and state-sanctioned massacres that have punctuated Syria’s civil war, now in its sixth year.

“It’s like some kind of perverse parody,” Ben Davies, a Syria analyst in the United Kingdom, told Vocativ.

The U.S. government described it in more forcible terms. A State Department official told Vocativ: “The Syrian regime’s reported promotion of tourism at a time when innocent civilians, including women and children, are being bombed and starved by that very regime is nothing more than an affront to human decency.”

Incidentally, Islamic State militants killed more than 120 people in a wave of suicide attacks in Tartus and nearby Jableh in May. But let’s just forget about that for at least the next minute and 43 seconds, shall we?

The video, titled “Syria Always Beatiful [sic],” is the latest in a series created by the government’s Ministry of Tourism. Another 11 tourism videos have cropped up on the ministry’s official YouTube channel in the last three weeks reminding folks that Syria still has castles, rolling green hills, and some treasures from antiquity that have survived the bombing. Syria welcomed some 8.5 million visitors in 2010, according to government figures, a year before the fighting began. At least 4.8 million people have fled the country in the years since, the U.N. estimates. At least another 250,000 people have been killed.

The YouTube campaign should probably be accompanied by a significant SEO effort. Google “Syrian Beach” and you won’t find resorts and cocktail bars. You’ll be confronted with images of, and the Wikipedia page for Alan Kurdi, a three-year-old Syrian boy found face down and dead on a beach in Turkey after his parents attempted to reach Europe.

All of which might explain why some who have watched the tourism videos appear hesitant to plan their next Syrian holiday.

“Now why in the hell would i go to a fucking war zone to risk my own fucking life for this shit?,” wrote YouTube user Robin Nordgren.

A different user, who goes by the name Madras Man, said: “This is cynicism at its best. While hundreds of thousands are being slaughtered by government bombs, extremists, mortar bombs and tortured to death by the regime, the syrian government advertises for tourism.”

The U.S. State Department maintains a strongly-worded travel warning to any American seeking to visit Syria. “No part of Syria should be considered safe from violence.” To wit:

“The potential for hostile acts exists throughout the country, including kidnappings and the use of chemical warfare against civilians. Shelling and aerial bombardment, including of densely populated urban areas, have significantly raised the risk of death or serious injury. The destruction of infrastructure, housing, medical facilities, schools, and power and water utilities has also increased hardships inside the country.”

Sure. Maybe. But have you ever looked at “Syria From The Sky”?