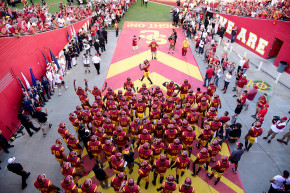 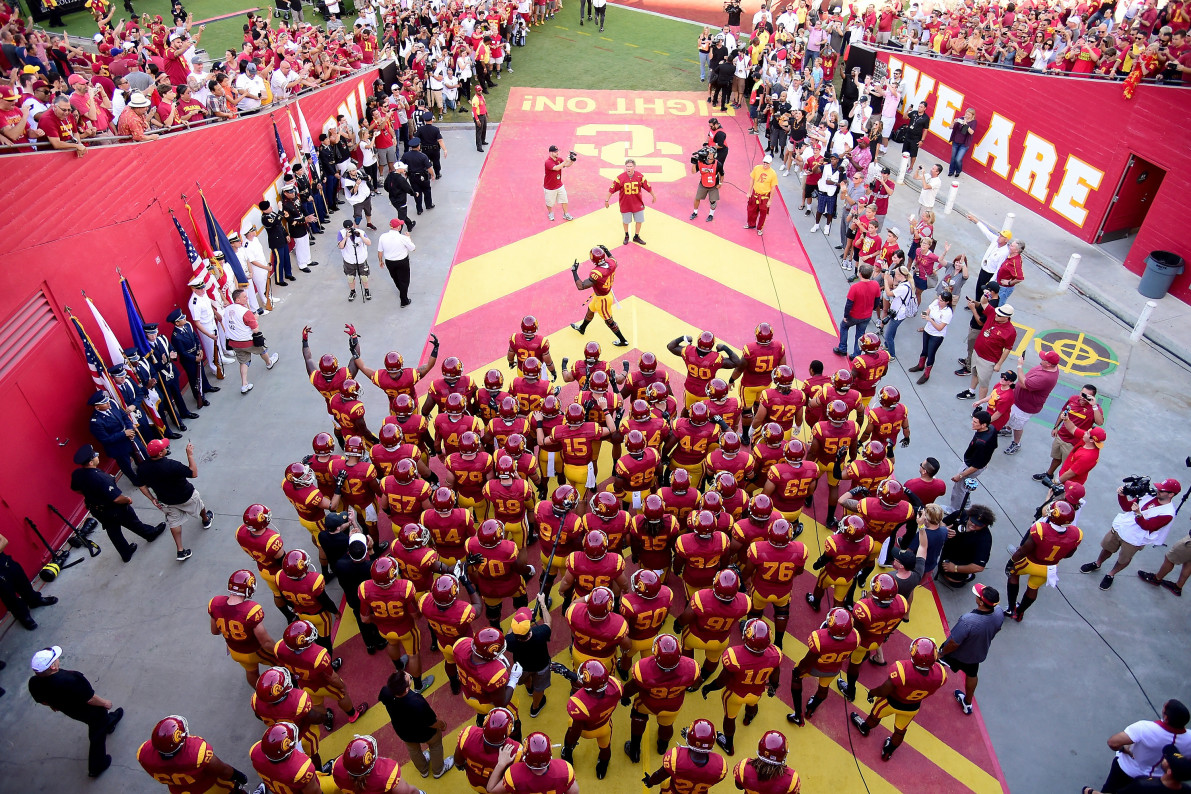 A USC football player allegedly recorded a sexual assault with Snapchat and sent the videos to the woman’s ex-boyfriend, according to a TMZ report on Thursday.

Osa Masina, a sophomore linebacker at the University of Southern California, is reportedly under investigation for two separate incidents—one in Utah and one in Los Angeles—per an ESPN account. USC has suspended Masina, a Utah native and high school All-American, from Saturday’s game, but he was allowed to practice at least as of Tuesday. He has not been charged with a crime.

USC coach Clay Helton told the Los Angeles Times that the school is in charge of the discipline and not the football staff.

“USC is aware of the investigation involving student-athlete Osa Masina,” the school said in a statement, per ESPN. “USC is cooperating fully with authorities in Utah, the lead agency in the investigation. Due to privacy laws and to protect the rights of our students, we are not able to discuss this matter further.”

Police are looking into a pair of alleged assaults on the same woman in July. TMZ received a copy of the search warrant served on Masina, in which the woman claimed the player gave her a couple of Xanax and forced himself upon her when she said she was later “out of it” due to the pills and alcohol she had consumed. In that account, Masina allegedly took videos and pictures without her consent and sent them to her ex via Snapchat.

In the second incident, 12 days later, the woman said she passed out after drinking and smoking marijuana and alleged that she awoke to Masina having sex with her, after which she reportedly went to police and a rape kit was administered.