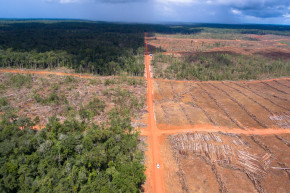 A new report shows the extent to which one company is chopping down valuable rain forest in Papua, one of Indonesia's last bastions of untouched forest 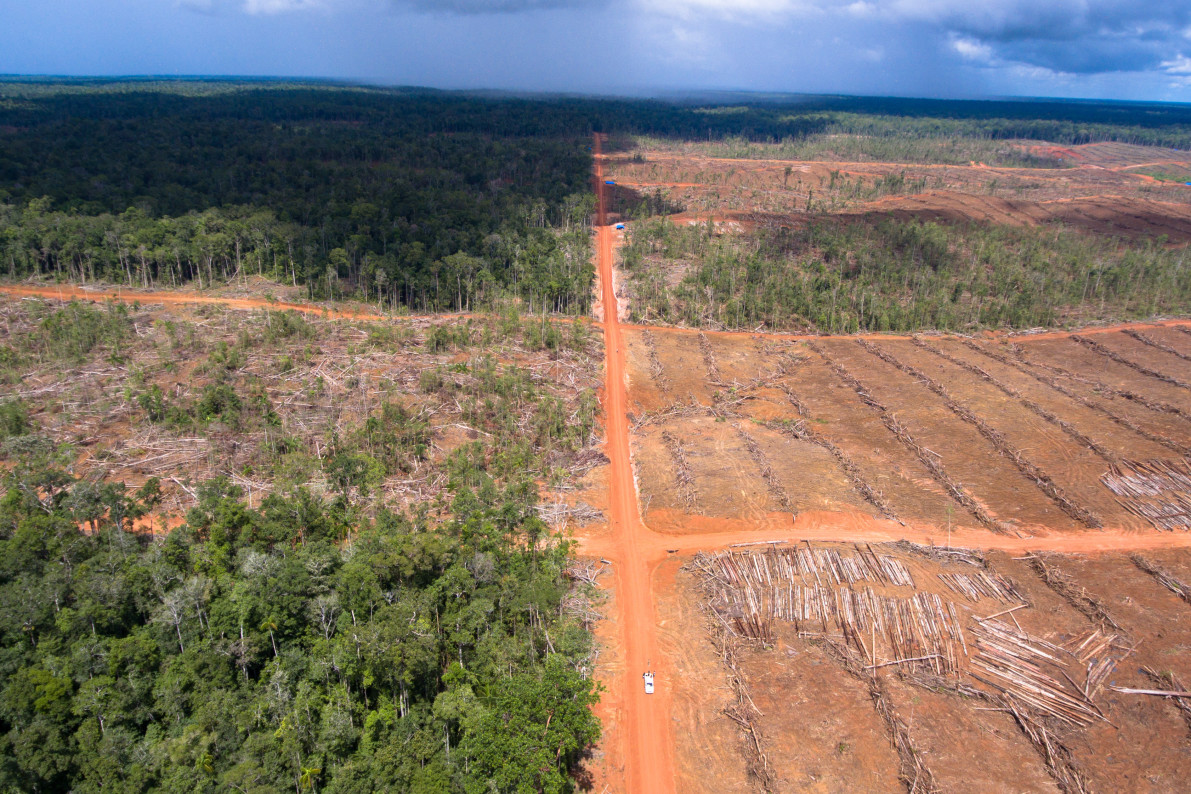 In recent years, companies that produce palm oil in Indonesia have pledged to halt deforestation and commit to sustainable production practices — but many are still engaged in the wholesale destruction of the country’s rain forests. Using satellite imagery, drone photography, remote sensing, and boots-on-the-ground reporting, researchers have shed light on one company’s continued decimation of one of Indonesia’s last pristine corners.

The report, “Burning Paradise,” documents the massive deforestation undertaken by Korindo, a Korean-Indonesian company that produces palm oil, a ubiquitous product that finds its way into products as diverse as shampoo and ice cream. The firm operates a concession in the forests of Papua, a bastion of biodiversity in a country whose forests have been compromised by agribusinesses for decades, as well as in the province of North Maluku. The report is the result of satellite analysis and data collection which happened over the course of many months, beginning last fall, and a field investigation which took place during first week of June.

As of June of this year, the company had 75,000 hectares of forest under its concessions, and more than half of that was untouched, primary forest. Researchers with the environmental organizations Mighty, Aidenvironment, and Waxman Strategies found that since 2013, Korindo has cut down a combined 30,000 hectares of forests in those two provinces — 12,000 of which were considered primary forests inhabited by endemic creatures such as tree kangaroos. Further, satellite and photo evidence showed that the company engaged in illegal slash-and-burn land-clearing techniques, which contributed to the haze crisis that enveloped parts of Southeast Asia in 2015 with noxious fumes.

Glenn Hurowitz, a researcher with Waxman Strategies who helped put together the report, said that the report demonstrates why companies can’t be left to their own devices to tackle deforestation. “Two years after the big palm oil companies adopted stronger deforestation policies, there’s still massive deforestation occurring in plain sight within their supply chains,” he said. “It’s a big question why they and their consultants are not catching companies like Korindo, or if they do catch them, why they’re not doing anything about it.”

Hurowitz said that satellite resources such as Global Forest Watch, a tool that allows for real-time monitoring of deforestation in certain areas, make uncovering deforestation fairly easy for activist NGOs that do not have the capacity or budget of large agribusinesses or national governments. “The important thing is that it’s not hard for us to do it, and it should be really easy for these companies with all the financial resources they have, [and] it should also be for the Indonesian government to monitor,” he said. A spokesperson for the Indonesian government did not respond to a request for comment.

Other technologies such as locally-controlled drones have also allowed for researchers to capture higher resolution images and evidence that shows just how destructive companies such as Korindo are on the ground. Hurowitz said that researchers in the past had to fly planes to get similar images, but given the restrictions around areas such as Indonesian Papua—the province has long been a no-go zone for journalists and activists—planes were usually not allowed. “Drones provide an opportunity to not really raise national security concerns, so it’s a lot easier to document what’s happening without running afoul of government concerns,” he said.

Bustar Maitar, an activist and researcher with Mighty Southeast Asia based in Indonesia, further explained the process of using drones in an email. “When we confirm the strong possibility of deforestation and fires, then we send [an] investigation team on the ground to do ground checking, including using simple drone technology to get real-time images and video,” he wrote. “All pictures and videos are geo-[tagged] so we have the GPS coordinates of every image and video.”

Maitar added that as a personal project, he is trying to equip people in Papua, one of the poorest and least developed parts of Indonesia, with the means to monitor activities by major corporations in order to report any abuses without the aid of trained researchers. “We would like to get more support from [the] public to make the technology available for local people in Papua,” he said.

The report suggests that in addition to enforcing a moratorium on all forest clearing and burning, Korindo should address its legacy of deforestation and become more transparent in its future endeavors in order to gain public trust.