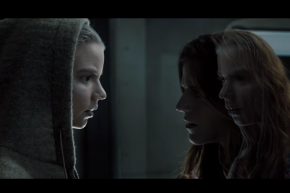 IBM’s Watson Made A Trailer For Upcoming AI Thriller ‘Morgan’

“Morgan” is a new thriller which revolves around the perils of an artificial intelligence experiment gone awry. And to further highlight the many things AI is capable of, 20th Century Fox brought in the world’s best AI — IBM’s Watson — to help edit the film’s trailer. Unsurprisingly, Watson did a pretty bang up job.

As with any task an AI takes on, like writing a sci-fi script or providing visual effects, Watson first had to be trained in the dark art of movie trailers. And a horror film is no walk in the park for a first attempt, as the genre relies on skillful editing to create the aura of fear and suspense. Using machine learning, researchers trained Watson on 100 different horror movie trailers, which were segmented out by scene so Watson could understand not just how to build a plot, but do so in a thrilling manner.

IBM says that after the trailer scenes were deconstructed and sorted, there were 22,000 different categories and 24 emotions for Watson to parse for visual elements such as characters and objects. Watson also analyzed the audio tracks for each trailer — picking apart things like tone of voice and background noise — and secondary details that make up a scene’s composition, like framing, lighting, location, etc. Finally, went through the entirety of “Morgan” and suggested 10 moments (which totaled six minutes worth of footage) that it thought would work best in a trailer.

But Watson couldn’t do it all on its own. While most of the footage the supercomputer picked out was suitable, some stuff ultimately didn’t fit what the director had in mind. And though it could assess the film and pick out key moments which would work for the trailer, a human editor still had to go in to assemble the trailer and give it a polished feel. That said, the entire process only took 24 hours, which is impressive considering it normally takes weeks to edit a trailer.