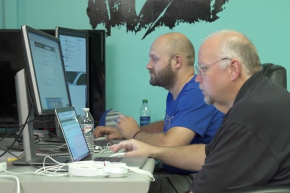 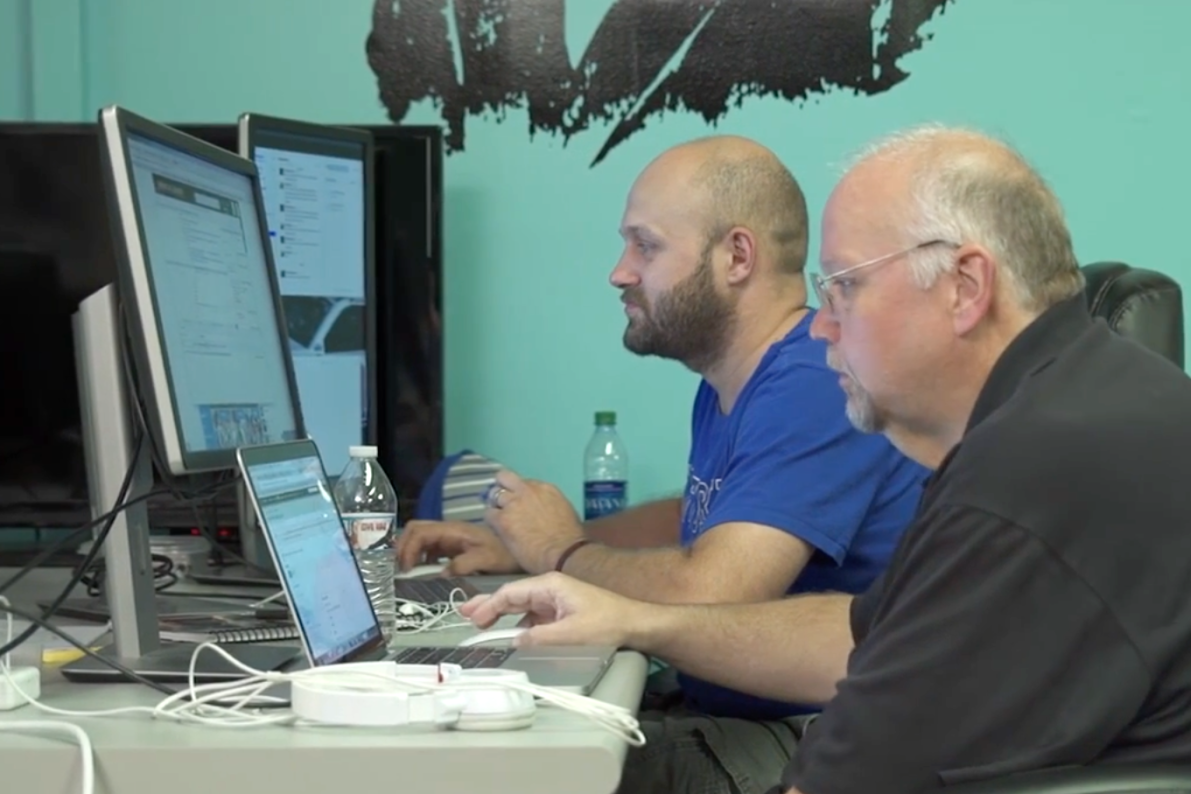 Eastern Kentucky, once an epicenter of the U.S. coal industry, has seen jobs steadily dwindle in recent decades. Mining work — increasingly the work of engineers, rather than blue collar laborers — dwindled by an additional 2,000 jobs in 2015, marking the lowest mining employment in the region since the Great Depression. But one company in the small city Pikeville —population 7,000 — is capitalizing on a technical-minded, eager labor force to create a burgeoning tech industry.

Called Bitsource, the company hired its staff with the unique goal of “teaching miners how to code.”

“The mind of a coal miner or an engineer, you know, they’re very technical. It’s not like what probably most people think about it with the pickaxe and shovel,” Bitsource’s president, Justin Hall, told Vocativ. “It really wasn’t that much of a transition in the thinking style and the behavior. It was just, you know, you go from working outside all the time to working inside.”

Any tech startup wants to begin with a small workforce of driven, capable, and affordable employees. But BitSource is extraordinarily unique in that it deliberately sought out former miners and coal industry engineers to do the work. In 2014, it put out a call for workers in the region with technical skill who wanted to try a new career. They received more than 8,000 applications, and eventually whittled that down to 11 applicants. One found himself unable to stick with the program and quit. The rest are still Bitsource employees.

Hall, a former artist-turned self-taught programmer, says he developed the curriculum from scratch. “How do we teach somebody who maybe only knows how to upload to Facebook and send an email, but [who] also knows other high-tech equipment? How do we transition into coding?” he asked. So he developed a grueling 22-week apprenticeship program.

“I didn’t know anybody in here’s names until three months in,” joked Garland Couch, a Bitsource developer who worked as a mining maintenance planner for 12 years before being laid off. “We started with HTML of course, then learned CSS. We went from there to Javascript, rolled in some jQuery, learned jQuery, PHP, C Sharp. We’re doing a little bit of SQL stuff now.”

The work, so far most of it local, is coming in. They’re behind splashy sites for the Pikeville Tourism Department, the Eastern Kentucky Concentrated Employment Program, industrial construction company Jigsaw, and local news station East Kentucky Broadcasting.

Like most of Appalachian coal country, Pike County, where Pikeville is the county seat, suffers from enormous unemployment — currently 8 percent, compared to a 4.9 percent national average. But Bitsource’s long-term plan, Hall says, is to steadily expand and have the area become “Silicon Holler” — a widely recognized hub for a burgeoning tech economy.

“We want an ecosystem here, a tech ecosystem, to be able to thrive. Entrepreneurs, makerspaces, those kind of things,” he said. “It’s not always been the most precious resources, coal — it’s been the people that mined it.”