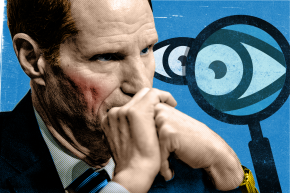 The Senator Sounding The Alarm On America’s Surveillance State

Can digital privacy crusader Ron Wyden stop the government from invading Americans' personal data? He's got an uphill battle ahead of him 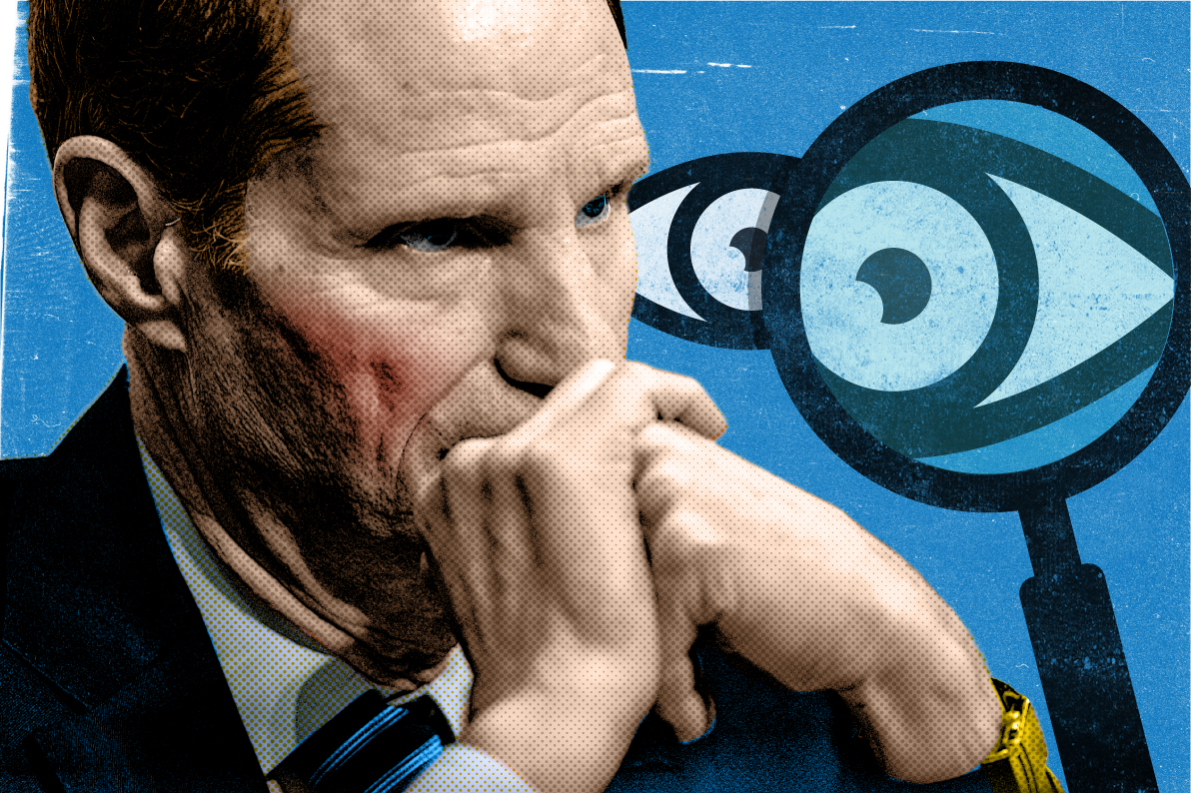 In June 2013, federal contractor Edward Snowden blew open a sweeping — and, until then, secret — program run by the United States government to spy on its own people. As the country reeled from the revelations, which included the collection of phone records of millions of Americans by the NSA, Senator Ron Wyden seized the opportunity to speak publicly about something that he could only hint at before.

Standing before a group assembled at the Center for American Progress that July, the Oregon lawmaker ripped into government surveillance efforts that he believed were running roughshod over individual privacy. He then warned U.S. citizens and his fellow lawmakers that they would “live to regret” inaction on reforming some of the most egregious measures.

“The combination of increasingly advanced technology with a breakdown in the checks and balances that limit government action could lead us to a surveillance state that cannot be reversed,” said Wyden in his speech. “What happens to our government, our civil liberties, and our basic democracy if the surveillance state is allowed to grow unchecked?”

It’s a question that, three years later, the 67-year-old Democrat remains hellbent on leaving unanswered. An early critic of the Patriot Act, Wyden has long been champion of civil liberties in Washington. But in the wake of Snowden’s leaks he’s emerged as the Hill’s leading digital privacy crusader, taking on government programs that are almost dystopian by design and squaring off against intelligence agencies that are not prone to transparency. Often, however, those efforts face stubborn opposition.

That even modest surveillance reform measures — such as requiring the government to obtain a warrant before using a person’s own cell phone geolocation data to spy on them — continue to languish before Congress speaks to the enduring belief that security and privacy are politically incompatible. Fifteen years after 9/11, American elected officials still appear to favor the former.

With Congress back in session from its summer recess, the surveillance state is yet again poised to expand. Unless lawmakers act on a bill sponsored by Wyden and Republican Senator Rand Paul, a new set of federal rules will soon give the FBI broad powers to hack people’s computers when searching for criminals. Measures to greatly expand law enforcement’s ability to dig into people’s online activity or force tech companies to turn over user data meant to be protected by end-to-end encryption are also looming, raising additional concerns for surveillance skeptics.

“The only privacy protections that are going to matter are the ones that are written into the law and defended by a vigilant public,” Wyden told Vocativ in a recent interview at his district office in Portland.

The battles waged in recent years by the lawmaker, one of the longest serving members on the Senate Intelligence Committee, show just how tough that can be. A year before the ISIS-inspired massacre in San Bernardino, California prompted the FBI to go to war with Apple over opening the shooter’s iPhone, the senator pushed a law that would ban the government from mandating so-called backdoors into cellphones and computers. It went nowhere.

In 2015, Wyden also introduced a bill — since stalled — aimed at forcing law enforcement officials to obtain a warrant before spying on U.S. citizens with aerial drones and planes. Overly cautious? Perhaps not. The Associated Press revealed last year that the FBI and Drug Enforcement Agency each operated aerial surveillance programs using bogus companies. Thanks to Bloomberg Businessweek, the public is now aware that secret police cameras in the sky have been monitoring the city of Baltimore since January.

“His office, in particular, has been one that’s ready and willing to sound an alarm on issues before anyone else,” Neema Singh Giuliani, legislative counsel at the American Civil Liberties Union, told Vocativ.

By some measures, Wyden is an unlikely champion for digital privacy. A member of Congress since 1981, he hails from a timber state whose Oregon delegation tends to focus on issues centered around natural resources and the environment. Before politics, he cut his progressive teeth as an advocate for the elderly—a constituency less concerned with debates over encryption backdoors and Facebook snooping by the feds.

As for many Americans, 9/11 was a life-changing event for Wyden. He been on the the Senate Intelligence Committee for just eight months before the terror attacks. After voting to authorize the Patriot Act — which, in the name of national security, granted the government broad authority to spy on citizens  — Wyden said that over the years he witnessed firsthand how intelligence agencies used “secret law” to justify their expanding surveillance programs and adopted a brazen “culture of misinformation.”

“The American people were told things in public with respect to national security issues that were very much at odds with reality,” he said. In 2006, he was one of only 10 senators to vote against the reauthorization of the Patriot Act.

Often mild-mannered, Wyden has been particularly unforgiving with intelligence top brass who he believes aren’t being frank with Americans. He’s publicly berated CIA Director John Brennan and cleverly trolled FBI Director James Comey by using Genius, the web annotation site, to pick apart the bureau’s arguments for weakening digital encryption. In a now famous March 2013 incident, Wyden asked Director of National Intelligence James Clapper during a congressional hearing whether the NSA collected data on millions of Americans, an answer to which he already knew. Clapper responded that the NSA did not, a statement contradicted months later by the Snowden leaks.

“I think Wyden really is able to see how radically the civil liberties environment has changed since 9/11 and it’s freaked him out,” said Garret Epps, an author and constitutional law professor at the University of Baltimore. Epps said it was “extraordinarily courageous” for Wyden to confront Clapper on the issue. “It just illustrated to me the depth of his conscience.”

The FBI and the Office of the Director of National Intelligence both declined to speak to Vocativ for this story. The CIA did not respond to  requests for comment.

More recently, Wyden has appeared increasingly concerned with how government agencies may be using the location software on our cellular phones to track Americans. For the last three years, the senator has sprinkled repeated hints in prepared speeches and in conversations with reporters. Whether those clues point to an NSA program akin to the bulk collection of phone records revealed by Snowden, he won’t say. Wyden’s position on the Senate Intelligence Committee makes him privy to government secrets that, by law, he is forbidden to discuss.

When asked by Vocativ what surveillance action was likely the least known by Americans that worried him most, Wyden pointed toward location tracking. “If a government agency wants to secretly turn your cell phone into a tracking device they ought to have to go to court and get a warrant,” he said. “Regrettably, I can tell you that law has not always kept up with the times.”

To create clear rules as to when law enforcement can access and track electronic location data, Wyden and Utah Republican Senator Jason Chaffetz re-introduced a bill in January 2015 that they had first authored four years before. The legislation, known as the Geolocation Privacy and Surveillance Act, has yet to receive a hearing.

Of course, not all efforts have come up short. Advocates point to oversight bodies, such the Privacy and Civil Liberties Oversight Board, that work to keep some surveillance programs from running amok. And last year, Congress managed to end the NSA’s bulk collection of phone data of millions of Americans who have no ties to terrorism.

More often, the 6-foot-4 Wyden, who attended college on a basketball scholarship, finds himself playing defense on privacy, swatting down shots lobbed by the intelligence community and their allies in Congress — some of whom are members of his own party. When California’s Dianne Feinstein, the ranking Democrat on the Senate Intelligence Committee, added a provision to the 2016 intelligence authorization bill that would require Facebook, Twitter, and other social media companies to report “terrorist activity” on their sites to the government, he placed a hold on the entire piece of legislation last year.

He resorted to the stall tactic again this summer to stop Senate Republicans from giving the FBI the power spy on websites Americans visit and possibly probe their email, chat, and text exchanges—all without a warrant or court oversight. The government already has the ability to access an individual’s phone records and bank data without a warrant through the use of so-called National Security Letters. This measure aims to expand those powers into the digital realm.

“We’re talking about electronic communications that could include browsing history, which, in my view, is a periscope into the most intimate thoughts of Americans,” Wyden told Vocativ. “It’s much more sweeping than even metadata.”

The move blocked the Senate from passing the omnibus intelligence bill — which sets policy and authorizes funding for covert intelligence, counterterrorism, military, and cybersecurity programs — by unanimous consent. But the FBI measure is likely to resurface again soon. Also looming is a potential showdown over a bill backed by Feinstein and Republican Senator Richard Burr that would require tech companies to decrypt customer data when presented with a court order, which Wyden vows to veto.

“If you undermine encryption then you’re giving a huge gift to the foreign hacker and the terrorist,” he said. “You’re weakening the security of Americans’ information.”

Meanwhile, the clock is ticking on a different set of privacy protections that could affect millions. On December 1, a proposed change to a section of the Federal Rule of Criminal Procedure will go into effect. It will allow the FBI get remote warrants to electronically search computers it can’t find in real life. Opponents claim that the change, commonly known as “Rule 41,” will make it far easier for the government to hack into individuals’ computers on a massive scale.

Wyden, along with digital privacy advocates, hope to torpedo the change. He’s drafted a bill called the Stop Mass Hacking Act, which he introduced in May. Last week, he went on the Senate floor to call for a vote on the bill.

The request was blocked.