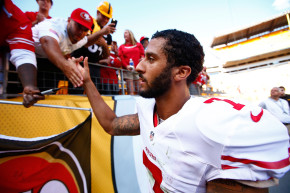 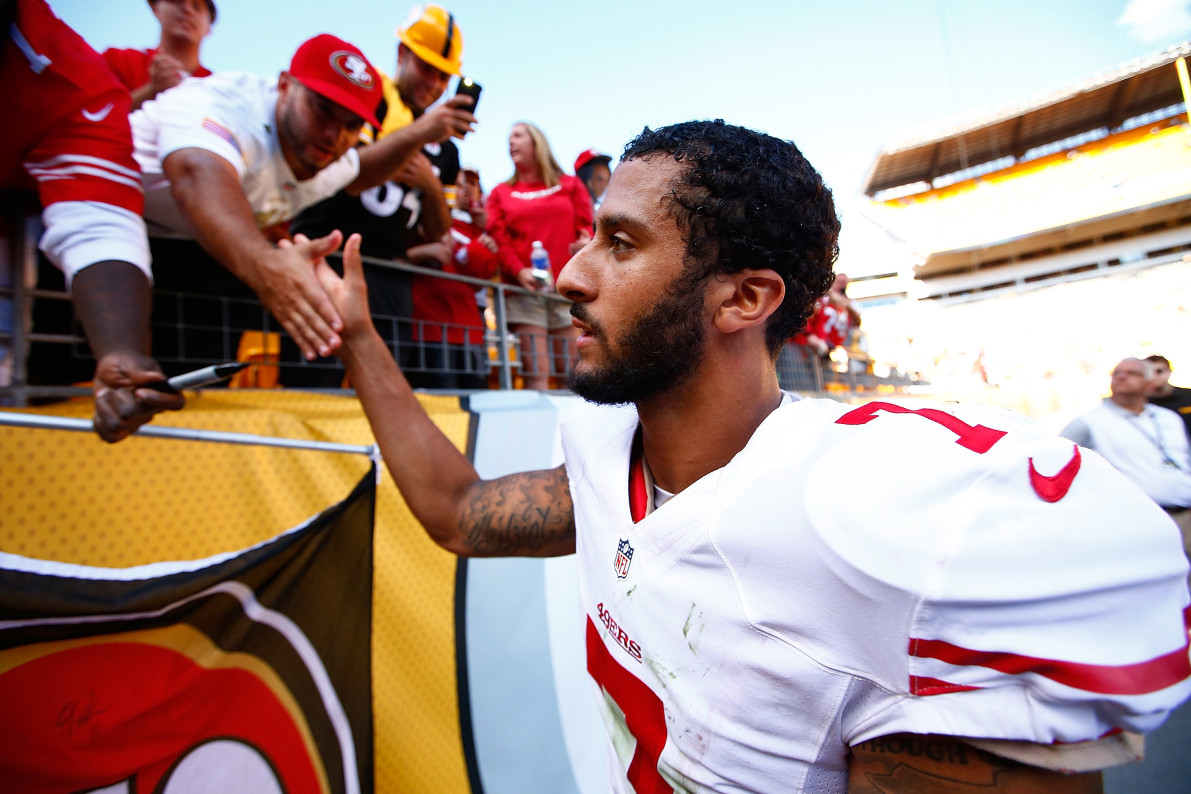 Colin Kaepernick’s decision to sit during the national anthem before football games as a silent protest against police brutality caused Americans from coast to coast to completely lose their freaking minds as racists, military fanatics, and other members of Real America have come out of the woodwork to condemn Kaepernick’s actions. But while critics contend that the 49ers quarterback’s protest against racial discrimination is somehow disrespectful to veterans, one group disagrees—actual veterans.

While Kaepernick has taken an incredible amount of heat online, members of the military have been tweeting support for Kaepernick using the hashtag #VeteransForKaepernick since Monday, with the following tweet being the zero post:

While use of the hashtag started slowly, it exploded on Tuesday and has now been used 292,126 times since the “controversy” began. Granted, there are plenty of veterans who have misconstrued Kaepernick’s protest about police brutality to be a slight against their own, but it makes sense that veterans would support Kaepernick. As opposed to joining the military to ensure undying reverence to largely meaningless patriotic symbolism, many veterans joined the armed forces to fight for the right to free speech, peaceful protest, and equality, which are the rights Kaepernick is choosing to exercise and advocate for.

Don't use my service–or that of any veteran–to justify the silencing of black Americans. Not on my watch. #VeteransForKaepernick

Do not "support" me when convenient and do not assume that you know why I do what I do #VeteransforKaepernick pic.twitter.com/CSYF1SWAVP

I served this country honorably for his right to protest the way he saw fit. #VeteransForKaepernick pic.twitter.com/b2LiyAXa2q

As a veteran, I have been saying for days, do NOT use OUR service as an excuse for YOUR racism and false patriotism. #VeteransForKaepernick

8 Years Active Duty. Twice in the sandbox. He can sit or stand as long as the 🇺🇸 waves. #VeteransForKaepernick pic.twitter.com/95yx9lUPZN — McAnthony Brisco (@Bcounty510) August 31, 2016

#VeteransForKaepernick because I didn't volunteer to defend a country where police brutality is swept under the rug. pic.twitter.com/LtBkTvHHAn