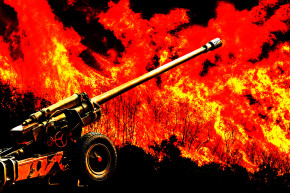 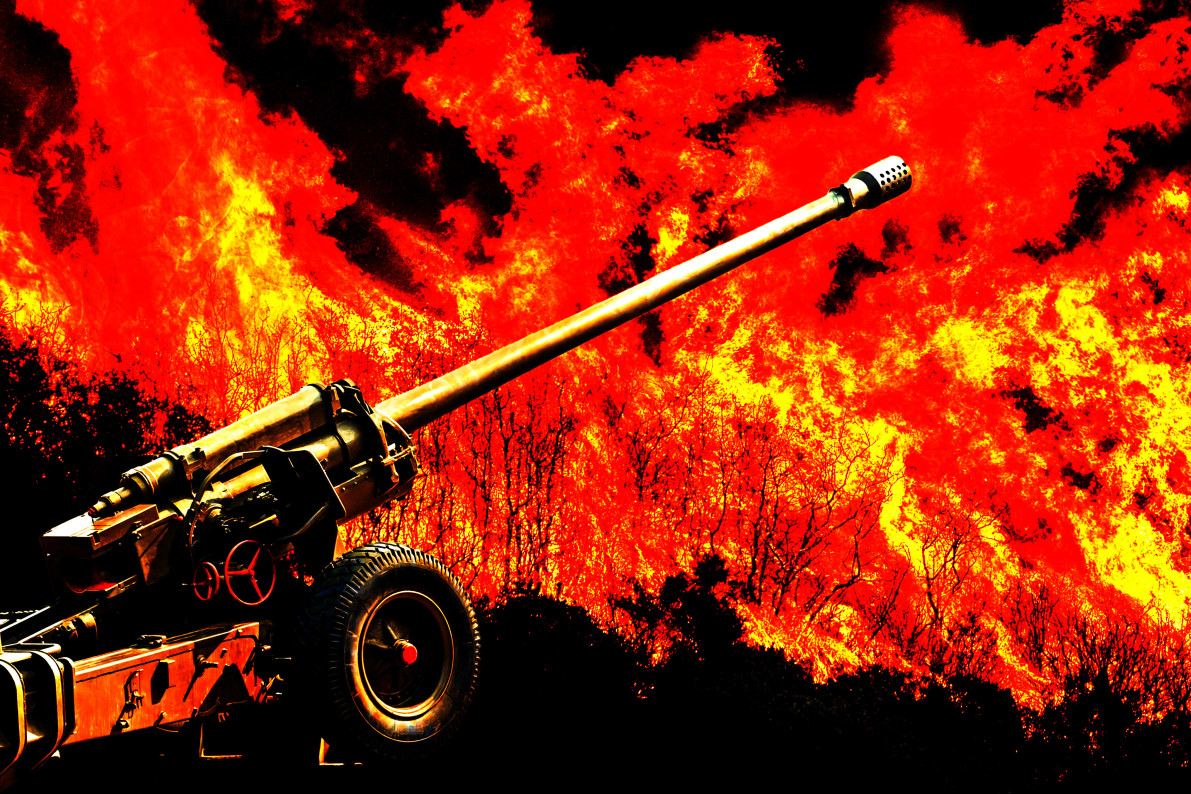 It’s like the old saying goes: Fight fire with firepower. Boeing has designed a radical new weapon to battle the wildland blazes that rage across America each summer—by shelling them into submission.

The defense and aerospace manufacturer was awarded a patent on the system this summer, which adds a twist to military technology deployed by the U.S. during the Iraq war. A short-barreled howitzer will fire artillery packed with flame-retardant material at forest fires from as far as several miles away, according to renderings filed with the U.S. Patent and Trademark Office. The size of a small dog, each shell is then designed to either detonate in front of a blaze, which would prevent the fire from advancing, or to explode above it, weakening the flames.

The dream of a giant fire-fighting bullet comes as wildfire season in the U.S. and abroad appear to be starting earlier and lasting longer. Massive fires in Canada and California this summer have already forced more than 100,000 people to flee their homes as blazes in scores of other states consume tens—and sometimes hundreds—of thousands of acres. The federal cost to fighting fires rose to $2 billion last year, up from $240 million in 1985, the New York Times reported in April.

To help contain these blazes, firefighters currently use planes and helicopters to deploy hundreds of gallons of flame-retardant chemicals, such as borate or ammonium phosphates mixed with water. Crews working on the ground, meanwhile, use hand tools to scrape away vegetation to prevent wildfires from advancing.

In its patent application, Boeing argues that these firefighting tactics are too slow. “In order to establish an aircraft-delivered firebreak for a relatively small 28 acre fire, it would take approximately 7.6 hours to deliver a required 6,469 gallons of fire-retarding material,” the application reads. “During the 7.6 hour time period, the relatively small 28 acre fire has the potential to grow and burn an estimated 100 acres of land.”

Boeing estimates that a battery of five or six howitzers, each firing two rounds per minute, could accomplish the same results of a fire-breaking helicopter in about half the time.

Not everyone is sold on the idea. Bill Gabbert, a veteran forest firefighter and editor-in-chief of Wildfire Today, an industry publication, described the company’s artillery plan as a “lame-ass idea.” In a recent article, he said that Boeing was operating under the flawed premise that using fire retardant directly on a fire would put it out. Gabbert also argued that the plan didn’t make financial sense.

“Boeing didn’t estimate the cost of these artillery shells,” he said. “If you’re shooting tens of thousands of them, the costs would be prohibitive.”