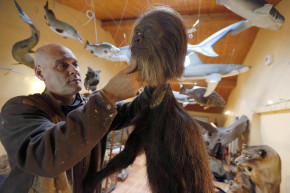 3D Printing May Have Helped Solve A 3-Million-Year-Old Death
By Joshua A. Krisch

By studying 3D-prints and X-Rays of human ancestor Lucy's bones, scientists determined her likely cause off death 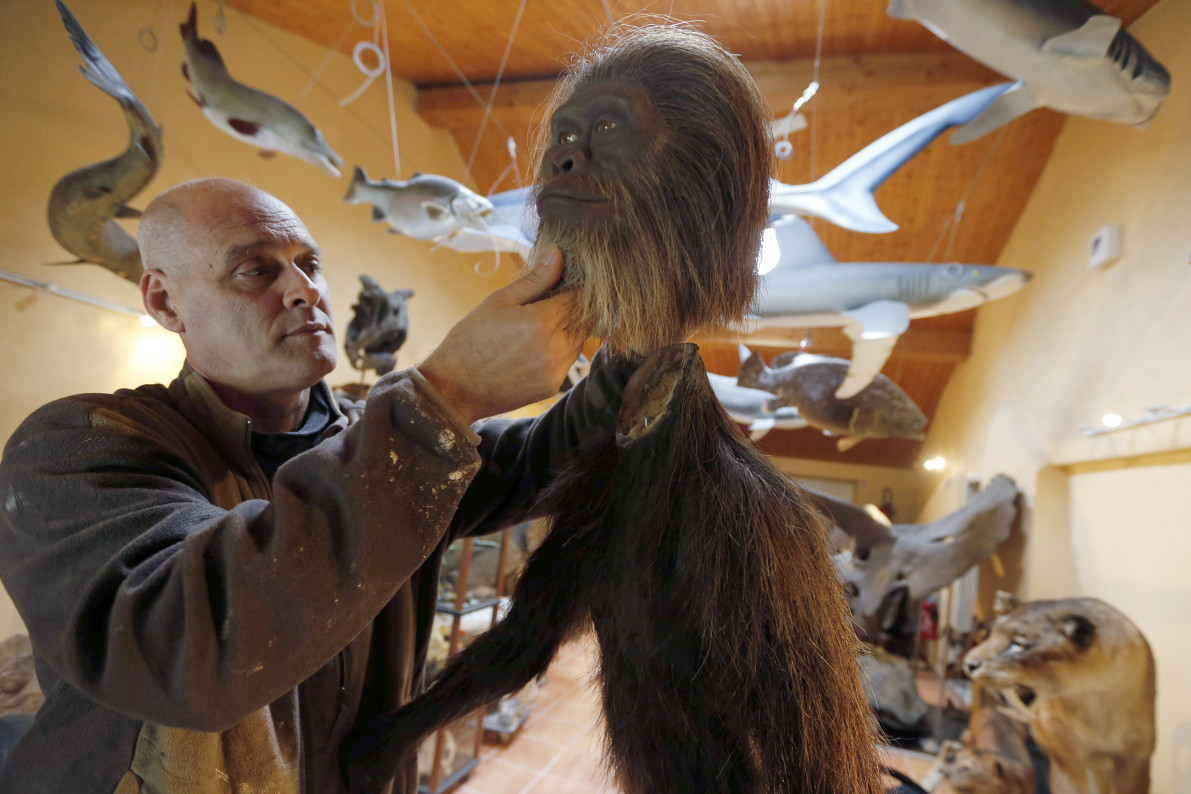 It’s one of the oldest, coldest cases in forensic science. Lucy, an early hominid who lived 3.2 million years ago, mysteriously died in her prime and remained buried in a shallow Ethiopian stream until researchers discovered her well-preserved remains in the year 1974. Was she attacked by wild beasts? Did she succumb to an ancient disease? Was she murdered by a fellow Australopithecus?

Now, a new study in the journal Nature suggests that Lucy took a 50-foot plunge to her death, likely after slipping off a tree branch while climbing or sleeping. The findings are based on a forensic and medical analysis of detailed X-Ray scans and 3D-printed replicas of Lucy’s broken bones, now available online for researchers around the world to study from the comfort of their labs.

“It’s rarely the case that the skeleton actually preserves evidence of how an individual died,” coauthor John W. Kappelman of the University of Texas at Austin told CNN. “What we’re proposing here is the first hypothesis that’s out there, and we’ve had her for 42 years now, about how she died.”

“I am not aware that anyone else has ever [done that].”

Lucy is perhaps the most famous fossil ever discovered — a prime Australopithecus afarensis sample from Ethiopia that is at least three million years old. From the skeleton alone, we’ve learned that our early human ancestor was barely four-feet tall and likely a strict vegetarian. Crucially, Lucy appears to have walked upright but with limbs that would have made her quite a climber, too. Based on nesting data from chimpanzees, it’s not unreasonable to expect that Lucy would have slept roughly fifty feet above the ground, a safe height from hyenas, jackals, and saber-toothed cats.

Maybe that’s how she fell to her death. For this new study, researchers scanned Lucy’s skeleton in a High-Resolution X-ray Computed Tomography Facility and printed the results using a 3D printer, so that they could study the fossils without having to travel to Lucy’s permanent home in Ethiopia. “We scanned nonstop, 24/7, for 10 days,” Kappelman told The Washington Post. “We were exhausted. I was happy to see her come, but I was happy to see her go.”

Scanning and 3D-printing is gaining traction worldwide as a tool for paleontologists and archaeologists who can use the tech to study, manipulate, and even damage faux samples without worrying about destroying priceless artifacts. “Sometimes the originals are in another museum [and] display of the specimens can make further scientific study difficult,” Kenneth Lacovara of Drexel University told The Verge in 2012, when the practice was first gaining traction. “Science has always been open source…[3D-printing is a] “platform for global collaboration among paleontologists.”

After analyzing the X-Rays and faux fossils, Kappelman noticed that Lucy’s clean fractures and slivers of damaged bone fragments looked a lot like the sort of injuries orthopedic surgeons see after patients have fallen from great heights. Of particular interest are Lucy’s arm fractures, which look very much like what happens when falling humans instinctively put out their arms to break a nasty fall. To check his work, Kappelman consulted with nine orthopedic surgeons who agreed with his analysis. Kappelman suspects that Lucy’s upright posture may have worked against her.

“The point we argue is that it may well be the evolution of these traits for bipedalism [walking upright] that compromised her ability to climb as safely and efficiently in the trees,” Kappelman told CNN. “That may have meant that her species was more subject to a higher frequency of falls.”

Kappelman’s ancient coroner’s report tells a sobering story about Lucy’s final moments. She was likely conscious when she fell 50 feet — as evidenced by the fact that she tried to break her fall — and upon impact with what may have been the rocky bed of a shallow stream, her neck twisted to the side as her ankles, knees, hip, and shoulder shattered. Fortunately, Kappelman suspects that Lucy died relatively quickly. “Lucy probably bled out pretty fast after falling,” he told Science News.

News of Lucy’s tragic demise, however, has been met with some skepticism from the anthropology community. Paleoanthropologist Tim White of the University of California, Berkeley told Science News that the Kappelman’s study is, “a classic example of paleoanthropological storytelling being used as clickbait for a commercial journal eager for media coverage” — a fairly strong indictment. In his rebuttal, White refers to reams of prior research that suggest Lucy’s bone fractures occurred after her death. In fact, White points out, broken bones much like Lucy’s can be found in ancient samples of gazelles, hippos, and rhinos — none of which typically climb (or fall from) trees.

The good news is that the Ethiopian government has released the 3D files of Lucy’s bone scans so that scientists around the world can print their own Lucy replicas to help solve the mystery behind her untimely death once and for all. As for Kappelman, the results speak for themselves. “It’s like putting yourself there at someone’s death and being able to picture that, almost as if understanding that drops us into a time machine and we fly back through 3 million years so we’re there observing how this little individual died,” he told CNN.

“It was in understanding her death that she became alive for me.”