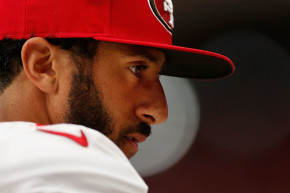 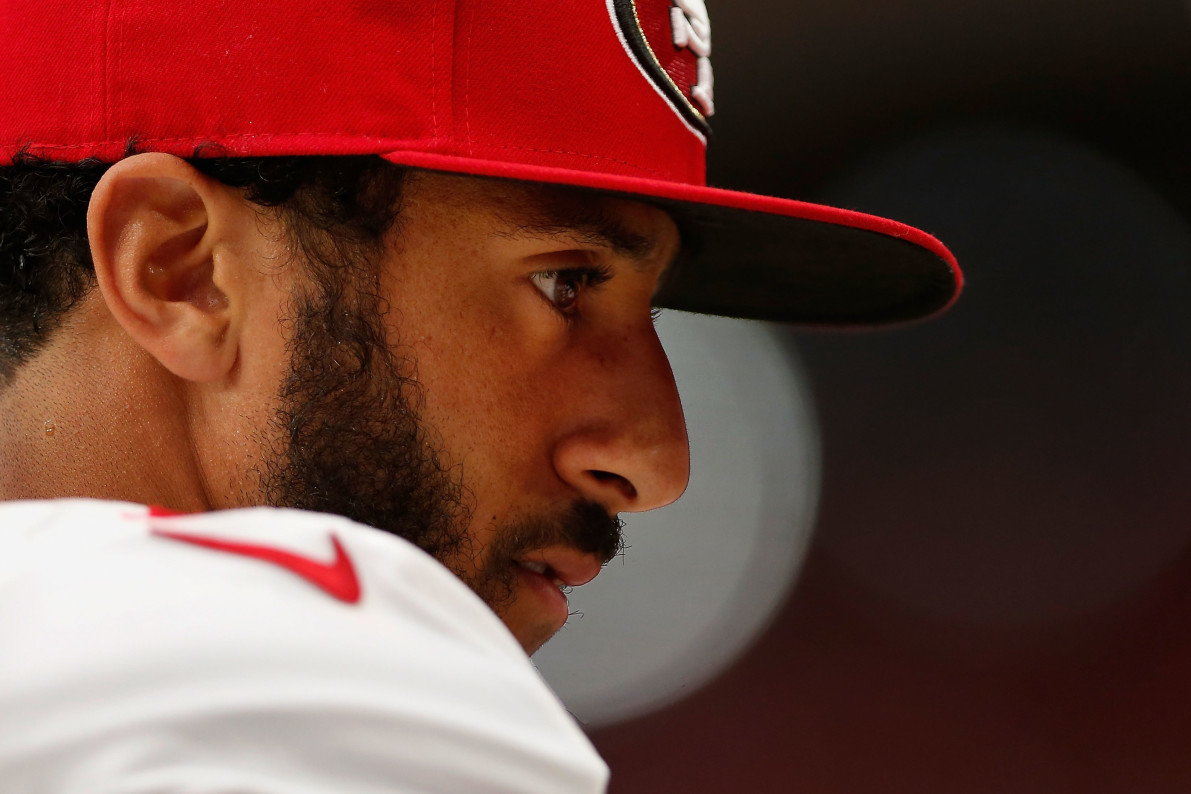 New Orleans Saints quarterback Drew Brees was asked about Colin Kaepernick’s decision to sit during the national anthem before San Francisco’s preseason game on Friday, and while he acknowledged Kaepernick’s right to speak out, he didn’t approve of the decision and wished Kaepernick had chosen a “peaceful manner” in which to protest.

It’s hard to imagine a more peaceful manner of speaking out than sitting silently on a bench, but Brees’ words serve as an example that any attempt by African-Americans to express their agency is interpreted as an act of aggression by the white American public, even an act as passive as a silent protest.

Kaepernick explained in the press conference after the game that his decision to sit during the anthem was a protest against racially motivated police brutality, not against the military, and he acknowledged that many policemen do a fine job. But as Vice’s Sean Newell points out, sports fans in the United States don’t seem to have the capacity to process nuance, particularly when it comes to race relations.

Football players and fans have forcefully condemned Kaepernick’s actions, often on the grounds that he’s disrespecting the American flag, the military, and the police. Right-wing media has mass-produced hateful #takes about Kaepernick, such as Erick Erickson’s repugnant assertion that he’s only protesting for attention because he’s lost relevance as an athlete, not because he, ya know, wants agents of the state to stop murdering people of color.

Since Friday night, fans have unleashed a barrage of vulgarity at Kaepernick online, burning his jersey in videos and tweeting the most vile, racist insults at him. Vocativ analyzed millions of tweets about Kaepernick from Friday after the game through Monday evening and found language that would make George Carlin blush.

Kaepernick contends that he will continue to sit during the national anthem at games until he sees “a major change.” Unfortunately for him—and the country—the most likely major change is his removal from the 49ers roster. While the NFL front office says publicly that Kaepernick is within his rights to sit, his coaches and teammates likely feel different. Couple his new-found activism with the fact that he’s been gradually sliding down San Francisco’s depth chart and Kaepernick could be cut before the regular season starts.

In the meantime, he can log on to Twitter and see garbage humans tweeting garbage at him:

@Kaepernick7 if prayers are answered you will be run over by a train..asshole. https://t.co/iJv1jpkGxV

@Kaepernick7 Go fuck yourself asshole. You're nothing but a self serving pos.