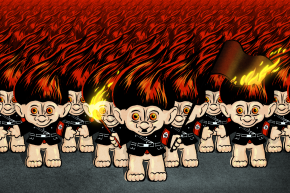 Alt-Right Racists Teach Newbies How To Troll
By James King

Racists are claiming a surge in interest in the alt-right since Hillary Clinton mentioned the movement last week. In reality, people are more interested in "Saved By the Bell" 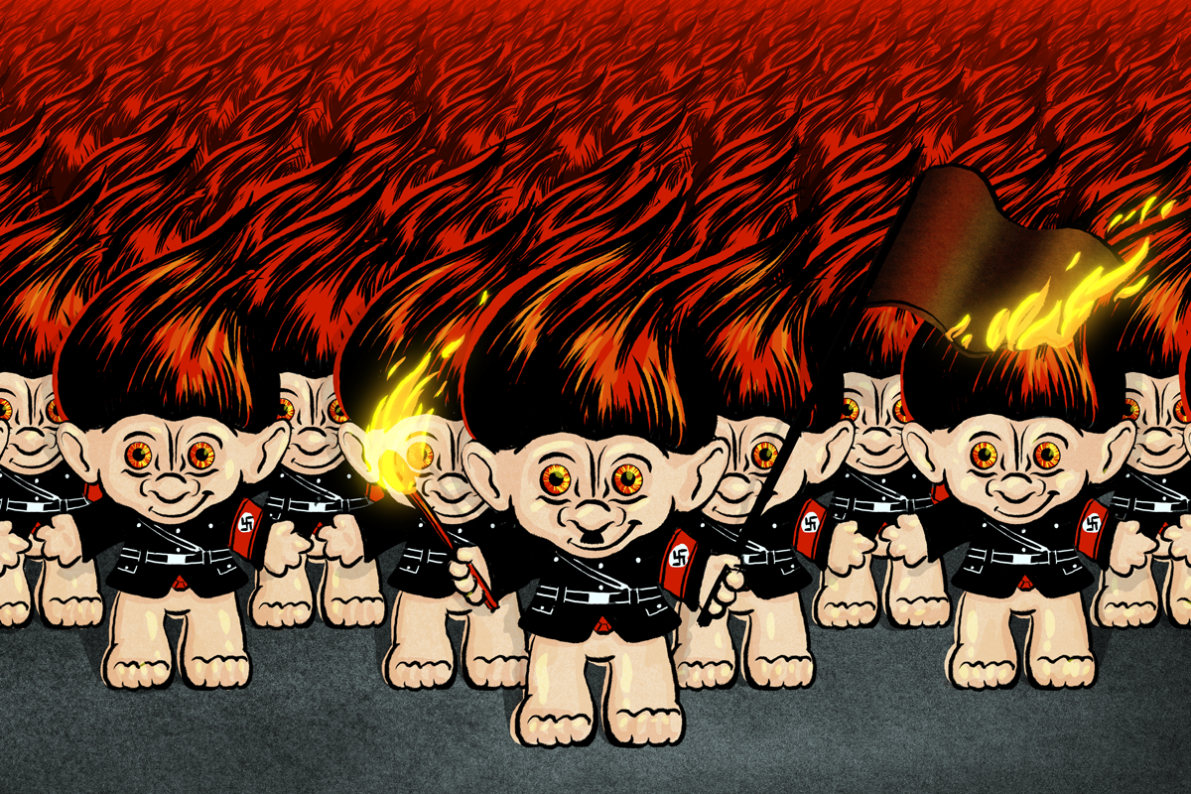 Those on the alt-right’s most extreme fringe are trying to cash in on their moment in the spotlight after Hillary Clinton mentioned the movement in a blistering speech that effectively put them on the map.

Andrew Anglin, a prominent voice in the alt-right, is using Clinton’s speech as a recruitment tool to get moderate racists in the movement to align with more extremist views. His blog, The Daily Stormer, is an anti-semitic breeding ground for racist trolls that Anglin claims is the “most visited alt-right website” in the world.

“Now is the time to reach out to the masses to exponentially increase our numbers and finish (((them))),” Anglin wrote in a post Monday; the triple parentheses is alt-right code for Jews.

Those in the alt-right movement generally fall into one of two categories: those who disguise their racism as “white nationalism” and don’t embrace the racist label in an effort to be taken seriously, and those who wear their bigotry on their sleeves. One of the trademark moves of those who fall into the latter category is trolling people online in the comment sections of blogs or news articles, many of which use the Disqus commenting system. Disqus will often ban people who make racist or sexist comments from commenting on articles. On Wednesday, Anglin explained to his followers ways to skirt a ban, and the proper way to troll as an alt-right racist.

1) Your target is the millions of silent lurkers and NOT necessarily the comment-ors [sic].

2) Do not get bogged down arguing with one or two people. Hit someone once, then hit them again and no more. Move on, the goal is to make MANY comments, not to spend hours on a single stellar one. Remember your silent audience. Make them laugh. Win their admiration. Give them a present (video, photo or link). Place your comments strategically within the top comments.

4) And this is crucial – Leave breadcrumbs back to the real Alt-Right. Links or videos that people can follow and learn for themselves.

Anglin claims that since Clinton’s speech, interest in the alt-right is “exploding” and the racist alt-right needs to  “lead the masses to our ideas, for they are far superior to anything that the Lunatic-Left could ever propose.” Anglin did not respond to Vocativ’s request for an interview.

“In the past week, Google searches for ‘alt-right’ have completely exploded, being at least 20x greater than last week,” he wrote in a post on Monday. However, a Vocativ analysis found that while there has been an uptick, the interest in the alt-right is minimal. In fact, more people on the internet are interested in “Saved By the Bell,” a TV show from the early 1990s that went off the air nearly 25 years ago, than they are in the alt-right.

Despite the supposed surge in interest in the alt-right, Anglin is encouraging his followers to continue being as racist as possible.

“So make sure to tone down the hate speech and bigotry, okay guys? We have to appeal to norms,” he wrote in a post Monday. “LOL! Just kidding. Keep on gassing kikes as usual, my friends. Don’t ever change.”