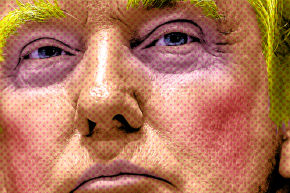 Ugh: Donald Trump Is (Statistically) The World’s Most Famous Person
By Allee Manning

Ugh: Donald Trump Is (Statistically) The World’s Most Famous Person

BUT! He's less famous than Barack Obama was in 2009 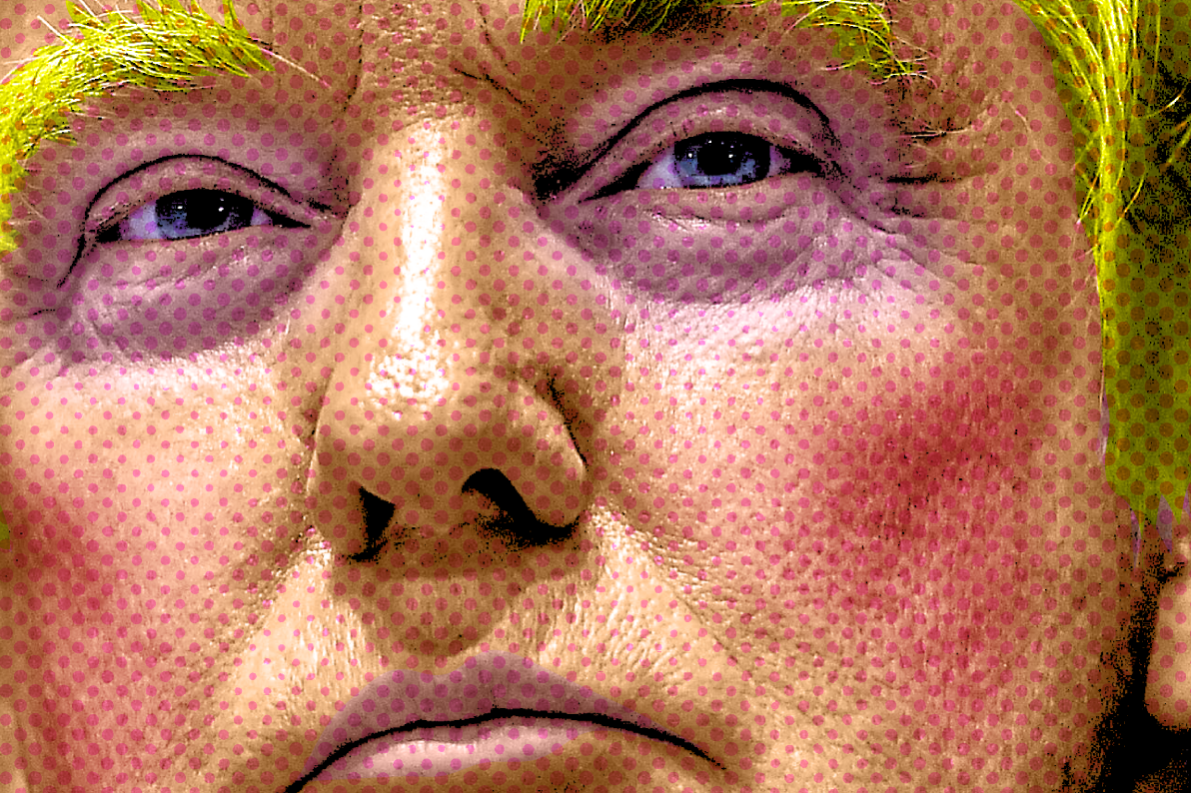 Loath as we are to admit it, Donald Trump seems to be the most famous person in the world right now, mathematically speaking. Please, no one tell him. Trump recently contended that he is “more humble than you would understand.” Donald Trump is also a man who has put his surname in enormous metallic letters on the sides of skyscrapers.

In his latest of a series of semi-serious papers quantifying fame, science humorist and astronomer Eric Schulman has discovered that the billionaire-turned reality TV star-slash-presidential candidate-slash-all around attention seeker is bigger than Jesus, and anyone else Schulman was able to think of.

Schulman and approximately 20 of his Facebook friends and members of their networks tried to find any known figure currently more famous than Trump at the time of his research, but proved unsuccessful.

“It doesn’t mean that there isn’t anybody more [famous], but I’m about 80 percent confident that there isn’t,” Schulman said. “They would come to mind in a large number of people.”

The basis for Schulman’s research (which he acknowledges is as tongue-in-cheek as it is scientific) dates back almost 20 years. It’s a metric he first created back in 1999 using AltaVista — yeah, that’s how long ago it was — to find web page mentions for various famous individuals. The big takeaway of his first study into fame was that fame is not constant over time. As such, he has expanded on this research in 2001, 2006, 2009, and now 2016, adding quantifications for being an ‘A’ list, ‘B’ list, ‘C’ list (and so on), celebrity and looking into previously theoretical questions like “are the Beatles really more popular than Jesus” (no) and whether or not Barack Obama was really the “biggest celebrity in the world” (yes).

“I hadn’t really thought of a new hook [in the time between 2009 and now] but then along came Donald Trump, getting tons of press,” Schulman told Vocativ, responding to why he chose to use the candidate’s name, and nothing more, as the abstract for his paper. “I thought it would be interesting to know if there was somebody more famous than Donald Trump, and I also thought it might be interesting for Donald Trump to know if there was someone more famous than him, but I was unable to provide such a person.”

Schulman looks at Google hits for various selected celebrities and measures them against perpetual B-lister George Harrison as the baseline (Monica Lewinsky was used ase the B-list baseline in the 1999 version). Schulman’s logarithmic scale functions similarly to a Richter scale in showing magnitude of fame. The “logarithmic international standard unit of fame” he created is the dBHa (with Ha standing for Harrison, of course). As per data collected this past August, Donald Trump has about 14 times as many web hits than the late Beatle.

Put another way, Donald Trump is as Google-famous as 15 George Harrisons combined.

It’s a loose metric, and it’s worth nothing that Trump, by Schulman’s calculation, isn’t as popular as Obama was back in 2009, when his fame was so great that he became the first “A+” list celebrity. (One shortcoming of the study was that it only looked at the U.S. version of Google, though Schulman did have associates providing data analysis from both Australia and the UK).

“There is some commentary, I suppose, on our society,” Schulman said. “I found it interesting in 2009 that Barack Obama was the most famous person in the world according to this methodology, so it seems that U.S. politics has a very large impact on the number of webpages that mention a specific person.”

“It’s a little obscure and confusing by design but there is a truth to it. This is real data and I think it’s providing us with some real insights, especially on how we as an internet society look at things.”

The findings certainly reflect just how much of an unstoppable force the Trump campaign is, or at least, how widely it has been covered. In fact, much of the coverage has centered around the possibility that his whole presidential run is nothing more than a publicity stunt. If that’s the case, it has been the world’s most effective publicity stunt. Enjoy your long, loud, disturbing 15 minutes, Donald.