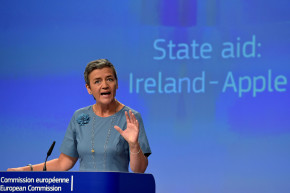 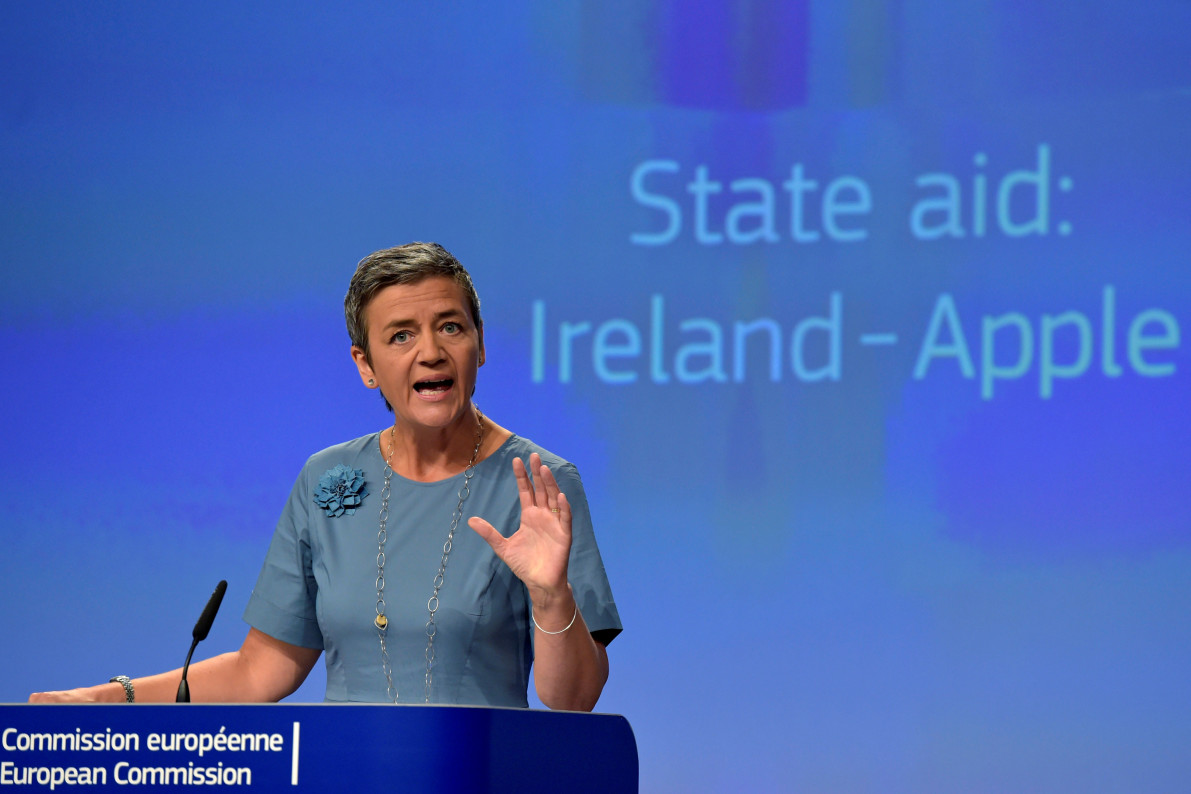 Apple just got hit with a really big tax bill from the European Union—$14.5 billion, to be exact.

The massive sum is what the EU calculates that Apple owes in back taxes to Ireland, which has a corporate tax rate of 12.5 percent but allowed Apple to structure its company in a way that it was paying a rate of less than 1 percent on its European business. Far less, in some cases: in 2014, Apple’s tax rate was 0.005 percent, according to the European Commission’s ruling. That’s about 50 Euros of tax paid for every 1 million Euro of profit, according to The New York Times.

It accomplished this by setting up a company called “Apple Sales International,” through which Apple sold its products. But Apple Sales International doesn’t really exist. According to the European Commission, it had no office, no employees, and its headquarters weren’t based in any country. But nearly all of Apple’s profits were attributed to that headquarters, so aside from a small fraction of sales that Apple paid tax on to Ireland, the rest wasn’t paid to anyone at all.

Ireland has no problem with this set up — many companies take advantage of its tax laws to pay next-to-nothing in taxes despite making huge profits, including Facebook and Google. But Ireland is part of the European Union, which does not allow “state aid” to be given to some companies and not others. Basically, one company can’t pay a different tax rate than others. So, even though Apple technically did nothing wrong according to Ireland’s law, the European Commission is forcing it to repay $14.5 billion in back taxes it would’ve paid if it had been subject to the same tax rate as the rest of the country’s companies.

Apple is not pleased. In a “message to the Apple community in Europe,” the company noted that it has always complied with Irish tax law and its Irish operations have brought jobs to Ireland and the rest of Europe, and it says it is the largest taxpayer in Ireland, as well as the United States and also “the world.”

“We now find ourselves in the unusual position of being ordered to retroactively pay additional taxes to a government that says we don’t owe them any more than we’ve already paid,” Apple says. It added that this ruling also takes away EU member states’ sovereignty over their own tax laws.

While this decision is not the first time the Commission has ordered a company to pay back taxes to a country, it is the largest amount so far. Starbucks and Fiat were ordered to pay between $22 and $33.5 million each to The Netherlands and Luxembourg, respectively. There are also investigations into Luxembourg’s tax practices with regards to Amazon and MCDonald’s.