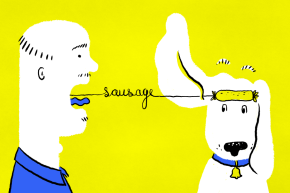 It was once thought that dogs only understand tone, but new research suggests they can understand some language as well 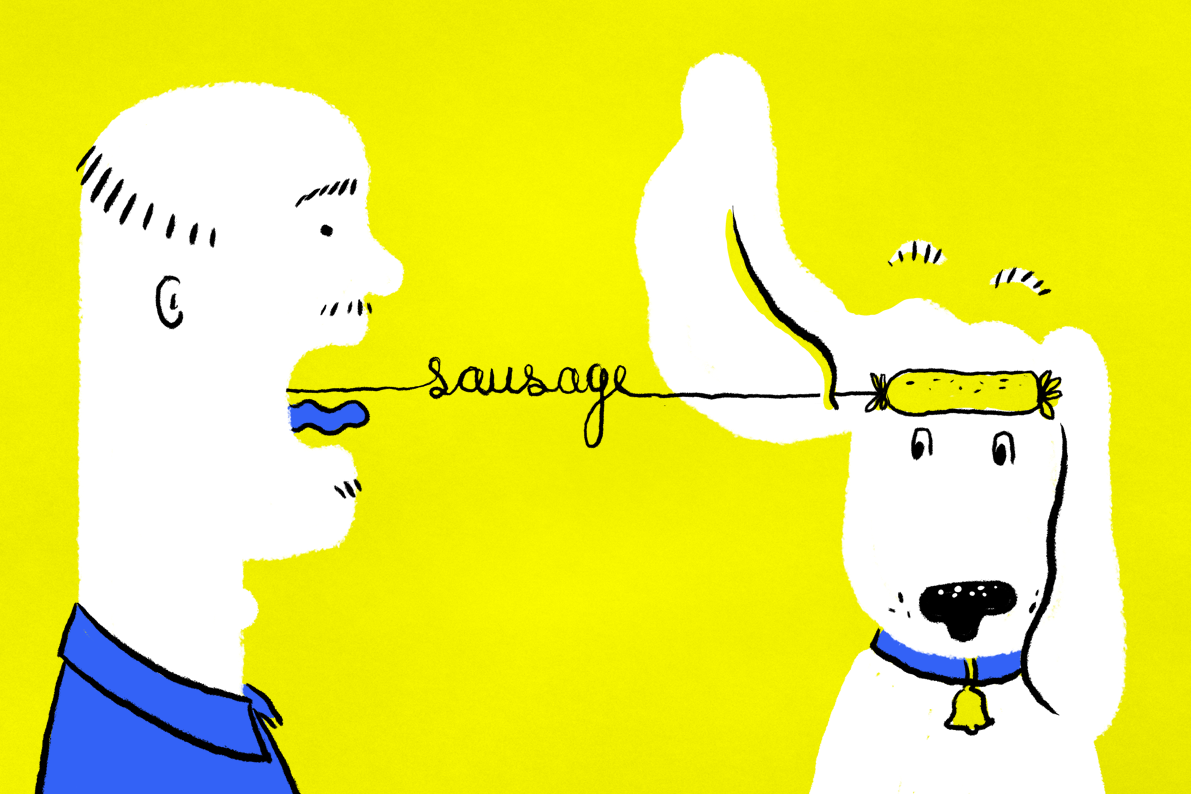 Watch what you say around Fido — dogs, just like humans, have a part of their brain that allows them to understand the content of what you say, according to a new study.

Most people believe that dogs can understand the tone of what they’re saying, not the content of their speech. So, the theory goes, a stern, “Absolutely not! Get out of the trash!” may cow your dog into abandoning his pursuit of garbage, but it’s in response to your tone, not the words themselves. But in recent years, a few studies have complicated that idea. Over time, the theory goes, the canine hears a series of sounds that it learns to associate with a particular action or behavior. Scientists theorized that this ability is housed in a fundamental part of the brain responsible for memory and learning, and shared across species. But they hadn’t figured out just where in the brain that might be, in part because it’s really difficult to get information about how the brain processes information in any species other than humans.

In this new study, published Monday in the journal Science, researchers put that question to rest. Based on findings from previous studies, the researchers suspected that the part of dogs’ brains tied to memory and learning was in their left hemisphere, as it is in humans, while the right hemisphere processes intonation and meaning.

When the researcher read the meaningful words, the dogs’ brains activated in the left hemisphere, the region that processes vocabulary. The dogs processed positive intonation on the right side of the brain, suggesting that dogs comprehend the two differently. When positively-marked words were combined with positive intonation, it triggered the dogs’ reward system, the same that in humans motivates us to eat, have sex, and can sometimes cause addiction.

In fact, these systems are so similar in dog and human brains that the researchers believe their study can tell them something about how humans first evolved language. “What makes words uniquely human is not a special neural capacity, but our invention of using them,” Attila Andics, a researcher in animal behavior at Eötvös Loránd University in Hungary and one of the study authors, said in a press release.

Though the researchers think they’ve found a fundamental function of the brain across different types of mammals, they also admit that dogs’ comprehension of vocabulary might have evolved when dogs were domesticated, though they think that kind of “rapid evolution” is unlikely.

The question of how human language evolved is still up for debate. But one thing that is clear from this study is that your dog is no dummy when it comes to the meaning of words.