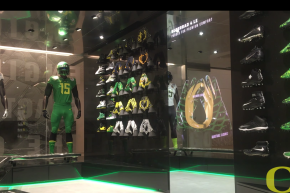 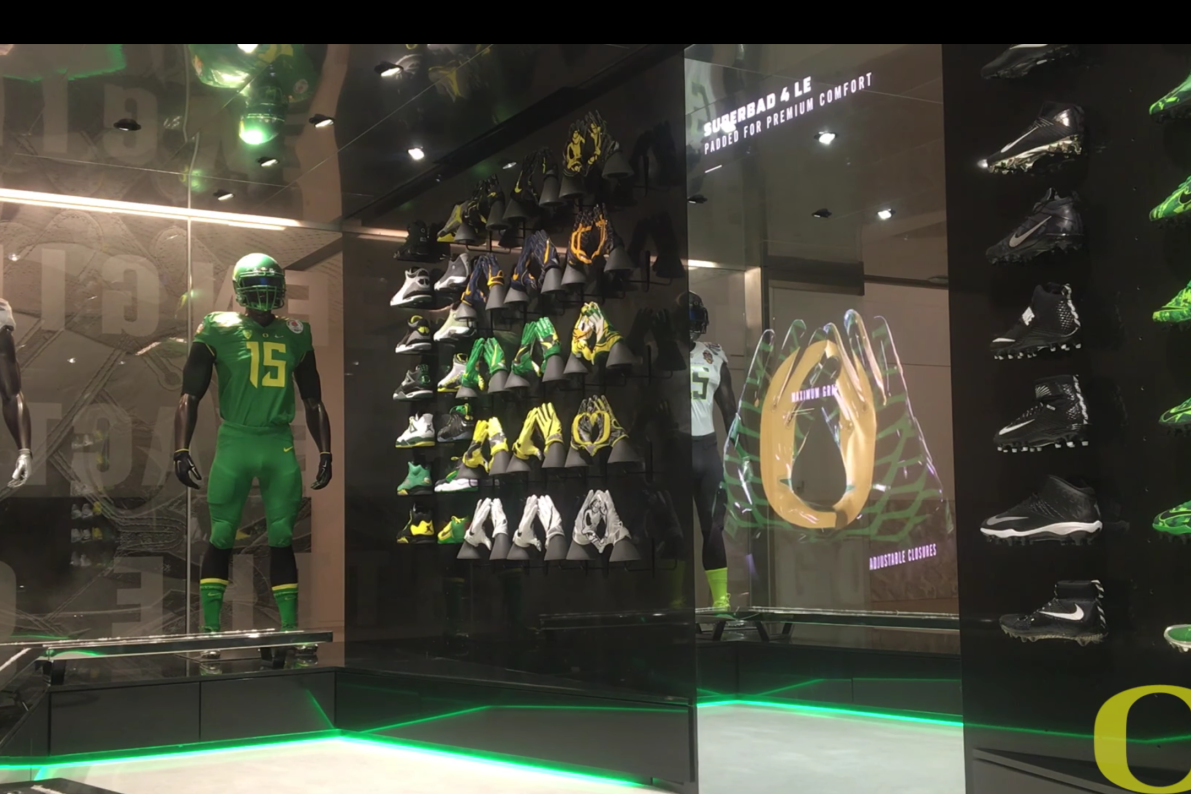 Let us bask in the glory and splendor of the University of Oregon’s brand-spanking new 300,000 square foot Marcus Mariota Sports Performance Center.

For context, Marcus Mariota is a football man who is now paid by a professional team, the Tennessee Titans, to play quarterback. He also played quarterback at the University of Oregon for three years as a “student-athlete.” Yet, despite throwing 105 touchdowns and winning the Walter Camp Player of the Year Award, the Johnny Unitas Golden Arm Award, the Davey O’Brien Award, the Maxwell Award, the Manning Award, the AP Player of the Year Award, and the Heisman Memorial Trophy, he was paid zero dollars for his efforts.

Fortunately, all those dollars that were not given to Mariota in exchange for his labor can now be funneled into a swell building with his name slapped on it. Check out all the cool toys they’ve got: there’s a sports science lab with motion capture cameras, antigravity treadmills, a bone density scanner, pneumatic compression units, sleep pods, and even a neurocognitive center, should any of these kids get their respective bell rung.

“The goal of this project was to create one space where we could utilize the most state-of-the-art technology to improve student-athlete wellness and emphasize our commitment to the health and safety of our student-athletes,” Mullens said. “Thanks to the incredible generosity of Phil and Penny Knight, we now have a world-class facility that is going to take the student-athlete experience at the University of Oregon to a level not previously seen anywhere on the collegiate level.”

That’s a good and cool thing. You see, many potential Ducks will gasp in shock and awe at the pretty, pretty building and think, ‘Hey, if I go to school here, I can play with all these toys for free. And all I have to do is play football, which is an activity I greatly enjoy already. Heck, these toys will help to make me even better at playing football. That’s neat.’

And what paean to the great, all-powerful golem of amateurism would be complete without a Rovellian tip of the cap

You don’t even have to be a beefy, large adult son to take a gander at the Marcus Mariota Sports Performance Center, or, as the kids will probably call it, the ol’ MMSPC. Here’s a video. Enjoy!