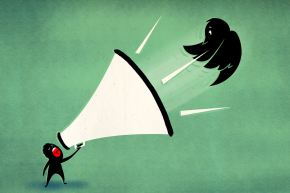 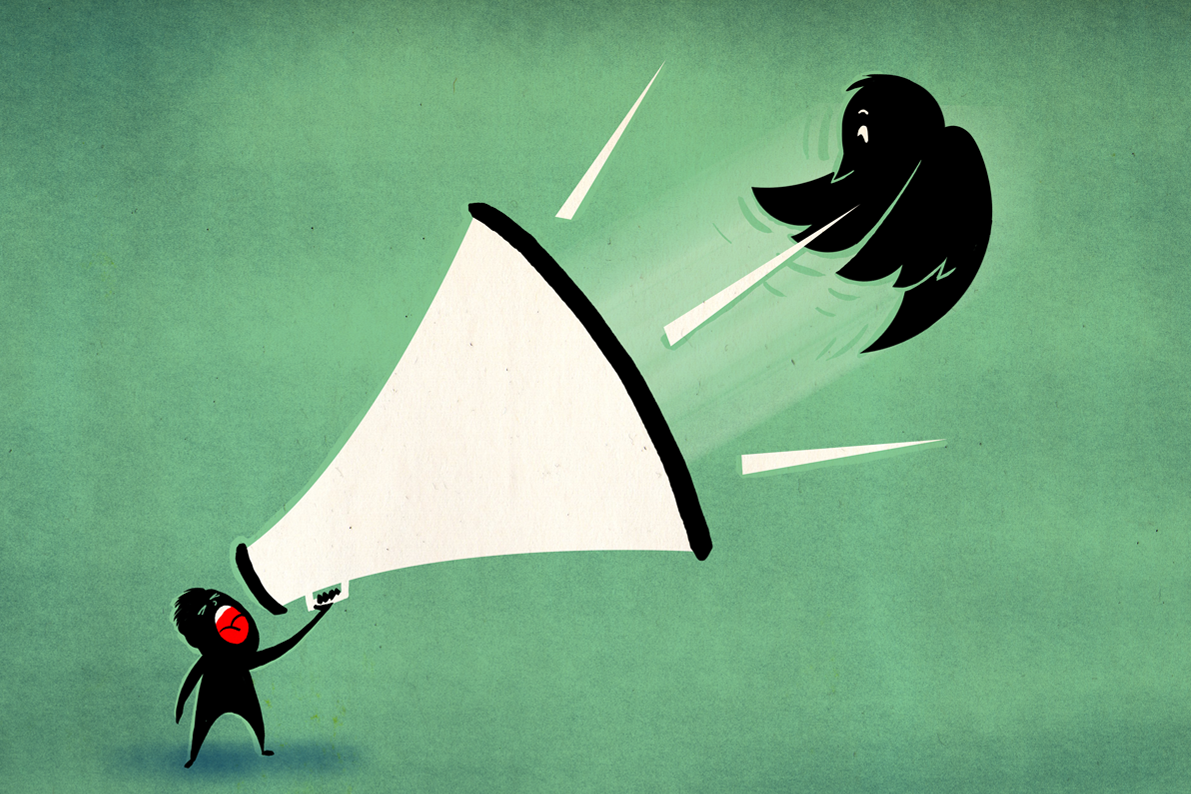 Once again, Twitter has demonstrated that if you have a loud enough megaphone, the company can be shamed into reversing a dodgy suspension.

On Saturday night, Jim Weber, a freelance sportswriter and the founder of the college sports site LostLetterman.com, went to fire off a tweet from his iPhone to his 100,000-plus followers, only to discover that his account had been suspended.

He opened his email at 7:55 p.m. and found a series of messages from Twitter. The first informed him that the International Olympic Committee had issued a DMCA takedown notice because he’d tweeted three GIFs of the Olympics. Though he was well aware of the IOC’s stringent enforcement of its copyright protections, Weber found himself so thrilled by the Olympians’ exploits that he felt compelled to post the clips, all of which can still be found on Reddit, as the IOC hasn’t managed to expunge Olympic GIFs from each and every corner of the web.

Further, Twitter informed him that it had already removed the offending material on its own and he had 10 minutes to respond, lest the IOC unleash whatever fresh hell they deemed appropriate.

But before he had a chance to act, Twitter sent a second email at 7:58 p.m., three minutes after its initial contact, letting him know that they’d vaporized his account anyway.

According to Weber, he sent at least 10 messages to Twitter and filed multiple appeals asking what might need to be done in order to be let back into the website’s good graces. Despite all that, he didn’t receive anything in response other than a confirmation from Twitter that it had received his email and they’d eventually inform him of their decision.

Though he had a second Twitter account hip pocketed, Weber took to Linkedin, outlining all the steps he’d taken and registering his shock and dismay that Twitter could act with such speed in this instance, particularly when compared to its less than exemplary efforts to combat the daily deluge of harassment by trolls.

The post, ironically enough, began to take off once people started tweeting it, making sure to tag Twitter CEO Jack Dorsey.

Reached by phone, Weber explained that he wrote about his ordeal not because he was “trying to be a martyr for getting my Twitter account banned,” but rather because ”I just wish there was some explanation and a second chance… They’re the judge, jury, and executioner. And it’s too bad. All that time you spent on something and you’re just shit out of luck, which is really annoying.”

Vocativ contacted Twitter to ask if any of the other accounts that they suspended for posting Olympic GIFs would now be reinstated as well.

“Our copyright policy, which also includes instructions for filing a counter notice,” Twitter emailed in response. “Twitter discloses individual, actioned DMCA notices to Lumen, and in aggregate in our biannual transparency report. More helpful context and info on the DMCA here.”

But more to the point, Weber believes that in Twitter’s quest to become the go-to destination for live sports content, they’re doing a disservice to the dedicated users that made the site what it is. (That is, when they’re not acting as a “honeypot for assholes.”)

“It’s really scary that they all talk about building communities and all of a sudden, once the stock price is down and they’re not making the revenue they’d expected, okay let’s just start chopping heads off at the IOC’s request,” he said. “So screw this little guy with 100,000 followers.”

And so, as was the case when it went to bat for Leslie Jones and vanished Chuck Johnson only after he made the mistake of pissing off a well-known activist, Twitter’s priorities are painfully clear. Not that we should expect a corporate entity to regulate a societal ill like harassment even if they did have the financial means and the desire to do so, but one thing is perfectly clear: it can and always will serve the needs and desires of the famous, the wealthy, and the powerful.

In this instance, it required a viral Linkedin post for one user to reach those lofty heights.