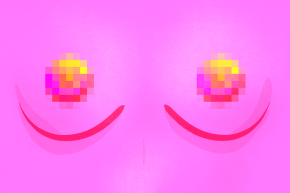 Women Go Topless In The Streets… But Not Online 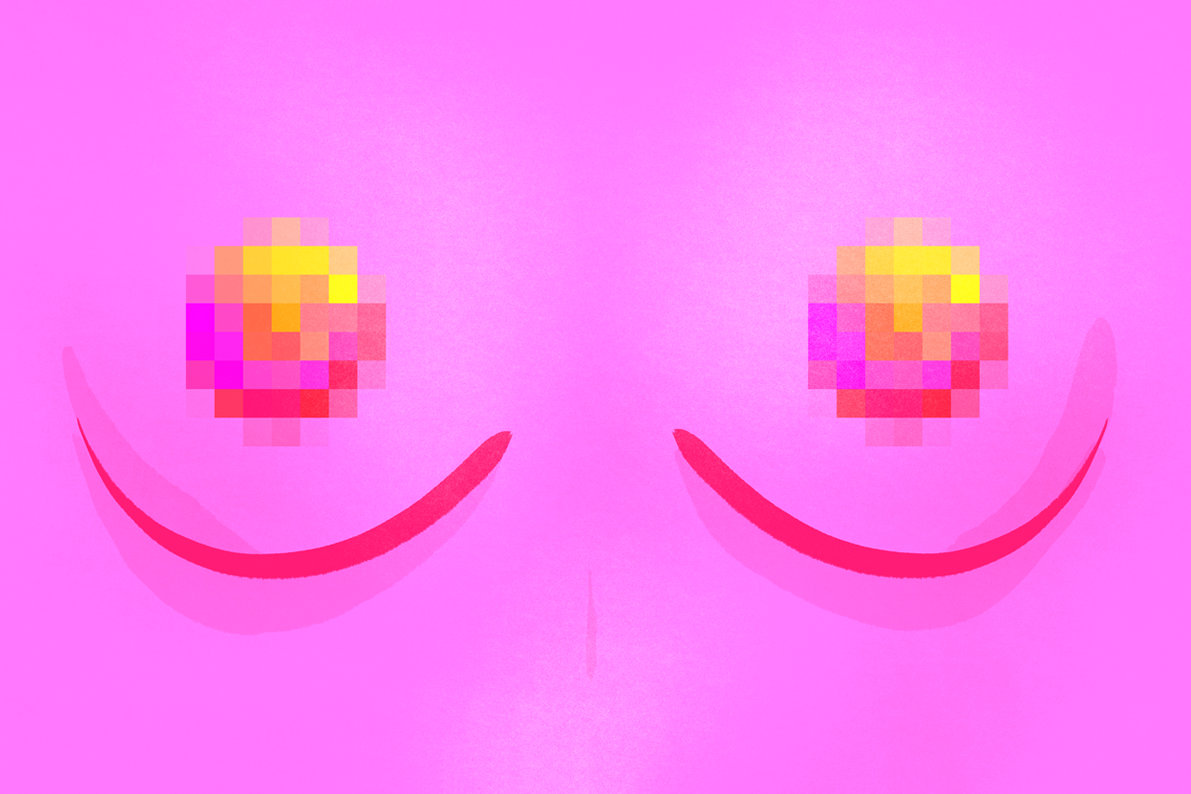 In honor of the ninth annual GoTopless Day, women around the world took to city streets with their nipples proudly exposed. The purpose of these events (which either function as celebrations or protests depending on local legislation) is to “target the age-old, sexist, monotheistic, male-dominated culture that still plagues our society today,” according to a press release from the GoTopless organization.

“It’s about equal rights,” said Nadine Gary, president of GoTopless. “Bans on women going topless are unconstitutional. If a man can do it, a woman should be able to do it.”

Yet while women proudly filled the streets with their chests bared, social media was (again) largely bereft of the vast majority of the coverage. The small proportion of surviving Facebook and Instagram images from the events show a highly sanitized version, with any visible nipples decorated with cute nipple-covering “pasties” or covered with strategically placed emoji stickers, added after the fact. And that’s because of what some citizen journalists whose snaps from the event were taken down for community guideline or terms of service violations are calling “censorship” and “hypocrisy.” While Twitter has remained pretty lax on what most social media sites would consider pornographic content, Instagram and Facebook are notorious for removing photos featuring female nipples, and this year was no exception.

“What you see on social media is what you see in society. [Female toplessness is] a taboo subject and [they’re] not respecting women’s equal rights,” Gary said. “Social media is like the town square. It’s quite important for us to be able to voice our inequality [there].”

Instagram’s Community Guidelines state that “We don’t allow nudity…This includes…some photos of female nipples, but photos of post-mastectomy scarring and women actively breastfeeding are allowed.” (The latter portion was only added at the behest of adamant cancer survivors and breastfeeding activists.) Facebook’s Community Standards employ the same policy. Celebrities like Rumer Willis, Chelsea Handler, and Rihanna have faced difficulties with these sites for refusing to cover up before, and despite the growing protest movement aimed at “freeing the nipple,” these rules persist, much to the anger of many feminists and advocates of body positivity and sexual liberation.

it’s international #gotoplessday & even though female toplessness is totally legal in my city of Portland, I’m still somehow not allowed to show my nipples on Instagram. I’ve never be able to figure out why these pockets of fat on my chest are so policed & politicized. oh, wait! I know: sexism, misogyny, rape culture, & men’s inherent fear of women’s bodies. but whatever. I’m chilling on my porch with my tits out in celebration of this grand holiday & the last fleeting moments of summer. ☀️ #mybodyisnotoffensive #freethenipple #fuckcensorship

Sandi Bachom, a video journalist and press pass-holding NYC resident, attended Go Topless Day for the purpose of documenting the day’s events. Among them was a snapshot of four topless women, posing and laughing. Another featured a topless young woman hanging out with three topless men. The third was a selfie of Sandi herself, flashing an open-mouthed smile with at least three topless women baring their chests and smiling for the camera. None of these photos can be found on her Instagram account now, as Instagram has chosen to remove them, effectively wiping away all photographic evidence of her work from the day. “It’s really a first amendment violation that they would delete this,” Bachom said. “It’s a moral judgment. What else would it be? I’m 72 years old. I grew up in the sixties, a really incredible time, and I’ve watched the pendulum go back and forth. Who sits in a room and arbitrarily decides it’s against the ‘terms of service’ on a platform we built for them?” Bachom isn’t alone in this viewpoint.

A photo posted by Alberto Mejia LeGresley (@digitalphotographylife) on Aug 28, 2016 at 8:50pm PDT

Miriam Berkley, another photographer and citizen journalist who has been working in the field since the eighties, mirrored Bachom’s sentiment in an interview with Vocativ, discussing a photo she took of a bare-chested woman with a sign that says “A woman’s place is in your face.” The photo was taken down. She says she was both surprised and disappointed to discover it had been removed.

Berkley had used event hashtags to help other New York City dwellers and photography fans find her work. But looking through the #gotopless and #gotoplessday hashtags, she was a little bit underwhelmed.

“I wanted to see what other people had put up, shots from the march. There were a few others from other cities too, but there seemed to be very little,” she said. “I’m not sure if that’s because other ones had been taken down like mine.”

While Gary agrees that the censorship of the truly topless “GoTopless” posts on social media may dampen publicity efforts by participants, she feels confident that it’s only a matter of time before these sites have no choice but to get with the program.

“When the laws change, the social networks are going to have to change as well,” she said.