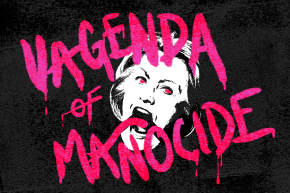 Is Vagenda Of Manocide A Metal Band Yet?
By Tracy Clark-Flory

Is Vagenda Of Manocide A Metal Band Yet?

After a gun shop in Maine posts a sign accusing Hillary Clinton of having a "vagenda of manocide," Twitter explodes with vagenda jokes 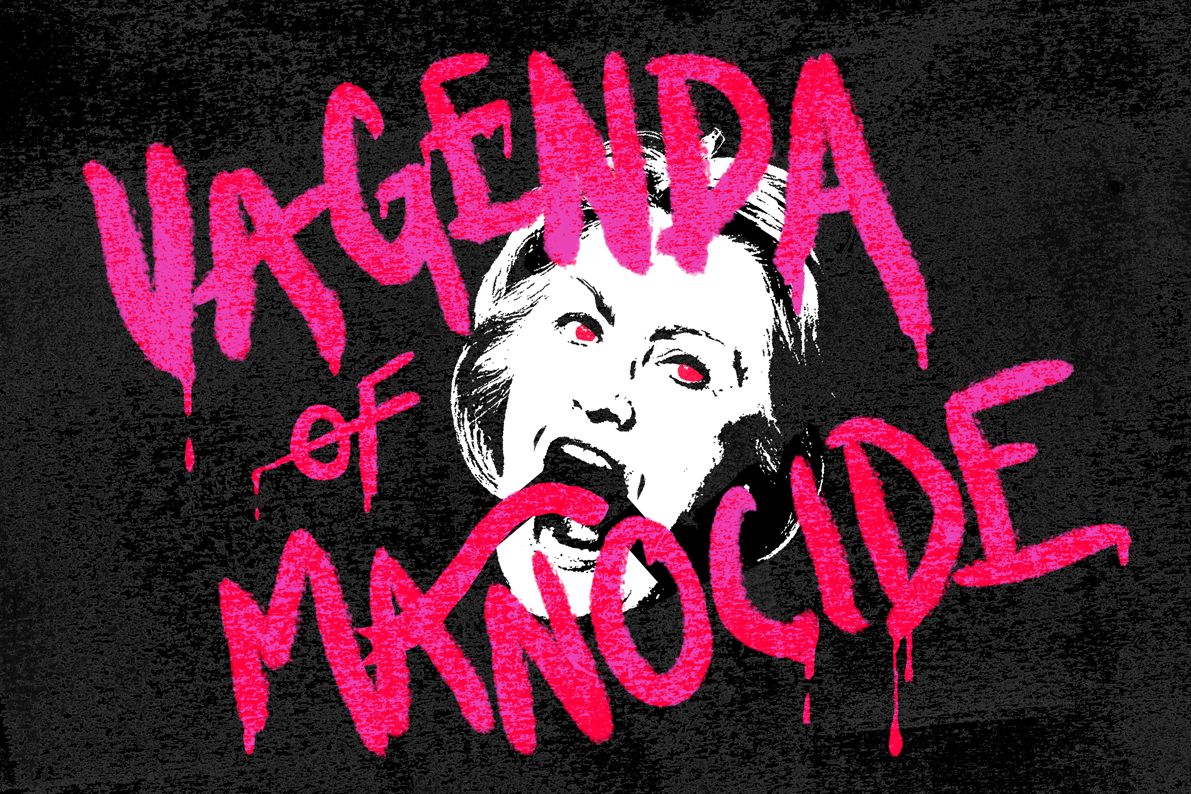 Vagenda of Manocide. Is it the name of a feminist metal band or biker gang? Maybe it’s the title of Quentin Tarantino’s upcoming movie or the next “Game of Thrones” book. Twitter is giddily brainstorming possibilities, thanks to a now-viral image of a sign outside of a gun shop in Maine reading, “BEWARE THE BEAST HILDABEAST CLINTON AND ITS VAGENDA OF MANOCIDE.”

The sign went up at Gulf of Maine Gunsmithing back in 2014, according to the shop’s owner, Bill Darling, who was reached by phone by Vocativ. But it resurfaced on social media this week and has set off a tweetstorm about that unforgettable phrase, “vagenda of manocide.” Meanwhile, it appears someone bought the domain www.vagendaofmanocide.com and redirected it to the presidential candidate’s official fundraising page.

No doubt the most popular response to the sign has been to riff on the potential for a Vagenda of Manocide band of some sort — probably metal, maybe “post-riot grrrl punk,” definitely featuring only women. As @SinclairPup wrote, “I wish the people I follow could just get together and agree on what type of band #VagendaOfManocide is. I’m just so confused rn.” Some leapt ahead to contrarian cultural commentary: “some prefer Vagenda of Manocide’s earlier albums, before Hildabeast joined, but I think her shrill vocals rule,” wrote @nicepersonality.

brb quitting my job to join thousands of other women in forming the most badass metal band ever, #vagendaofmanocide

Some are instead cheekily detailing their “vagendas.” Chelsea Polis, an epidemiologist, posted a detailed itinerary for her work day. It begins at 7 a.m. with weightlifting (“enhances Rosie the Riveter biceps”), a breakfast of vaginal yeast yogurt and a razor-free shower. She plans to arrive late at work to offset the gender wage gap, eat a handful of birth control pills for lunch, and then proceed to “manocide.” Later, there’s an afternoon tea made with “white male tears.” Some have chimed in to add a couple additional “vagenda” items: “having abortions and falsely accusing men of rape.”

Writer Jessica Luther posted a photo of a notepad featuring an ambitious “vagenda” of, among other things, laundry, dishes, editing, interviewing, and manocide. Only the dishes had been crossed off as of 6:30 this morning, but the day is still young.

what's on your vagenda today? pic.twitter.com/d6yIVTxAn4

It’s already inspired poems (“Hydrangeas are blue/Not unlike cyanide/Won’t you join me in my/Vagenda of manocide?”), some pretty great faux album art, and, of course, the inevitable rendering of the phrase in the “Stranger Things” title font. Now we’re just waiting for the viral music video.

As for the man behind the meme, Darling seemed to have little clue that a photo of his sign, now two years old, was making the internet rounds. He’s long since moved on — well, kind of. Currently, he told me, the sign reads something about Clinton being a criminal. There’s no mention of her “vagenda.”