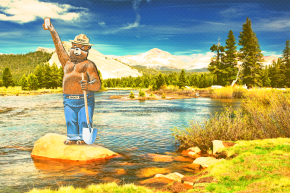 Try using the 'my own natural eyeballs' filter, jerks 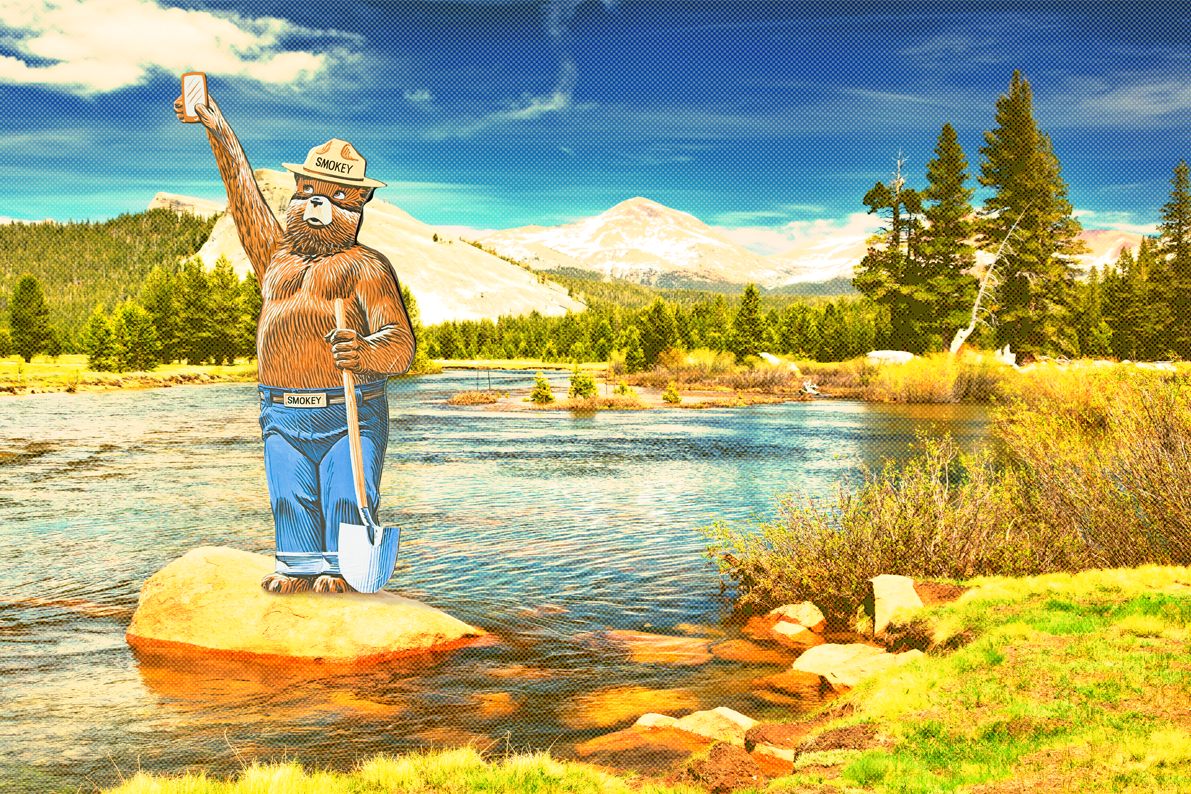 It’s the 100th birthday of the National Parks Service, perhaps the last great thing left in America. If the agency was a human, it would probably be yelling at children to get the hell off its sprawling lawn and grouchily maintaining that it doesn’t need a cell phone because the landline works just fine, dammit. In reality, there’s been a notable change in how the NPS is starting to adapt to technology. But some parks still haven’t got the signal.

Earlier this year, a group of House Democrats pushed Obama to add funding for WiFi access at national parks in order to increase public safety for visitors. The move follows what has been a slow but steady change as more and more coverage areas and cell towers are added, eroding the solitudinous, tranquil appeal of these public spaces. According to Federal News Radio, the Department of Interior is working on a plan for high-speed connection to be available at all national parks.

Okay, yes, fine, cell phones have potentially saved the lives of national park tourists stranded in the wilderness, but most of the time, planning and preparation would have made these rescues unnecessary. If everyone you could play Angry Birds/Pokémon Go/Candy Crush while exploring nature’s beauty, the hordes of monsters like this frustrated Yelp reviewer are bound to multiply. Nature is best enjoyed au naturale. By that, I don’t mean fully naked, but with the naked eye, rather than through the screen of your phone.

I'm at a campground in a national park, and there is wifi at our campground. I am not pleased. WHERE IS THE WILDERNESS?

“People brake in the middle of the road to watch animals,” a representative of the National Parks Conservation Association told Reuters in 2013. “The added distraction of a wireless signal — allowing a driver to text Aunt Madge to say how great the trip is — could have disastrous consequences.”

As if the basic forms of distraction phones provide at National Parks isn’t enough, augmented reality seems to be taking hold as well. Visitor centers at some national parks are already reportedly serving as Pokémon gyms, and Pokéstops are popping up along the few trailways with cell phone service. The strength of the argument that all this is good for the parks, that more people are now aware of them, is also waning. The parks are barely able to handle the number of people already hitting the trails, and are considering imposing limits on them to safeguard the parks for future generations.

Yellowstone National Park is awesome but has the worst cell coverage ever. Unless the provider is named NO SERVICE.

Soon, parks with zero coverage could become the real hotspots as people seek isolation from the work that follows wherever their phones can go. So, as per warnings, FAQ answers, and before-you-go notices posted on the National Parks Service website, here are some of the last reachable places in the country for the Ron Swanson in all of us.

While “unreliable” cell phone service is pretty much a trademark of all national parks (peep the crossover in national park locations and national wireless coverage spots), some sites are especially unreachable — and seemingly proud of it.

“Visitors to Glacier will find that cell phone and internet connectivity is very limited. Enjoy the respite,” advises one webpage about cell and WiFi connectivity at Glacier. Damn straight.

“…Remember, cell phones, for anything other than serious emergencies, detracts from the character of wilderness,” the finger-wagging text of a wilderness safety at Olympic page reads. “Route-finding and safety skills are paramount in the wild.”