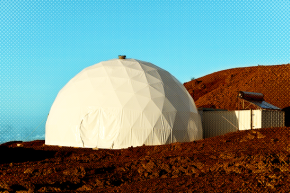 Year-Long Mars Simulation To See If ‘Astronauts’ Would Fight Concludes 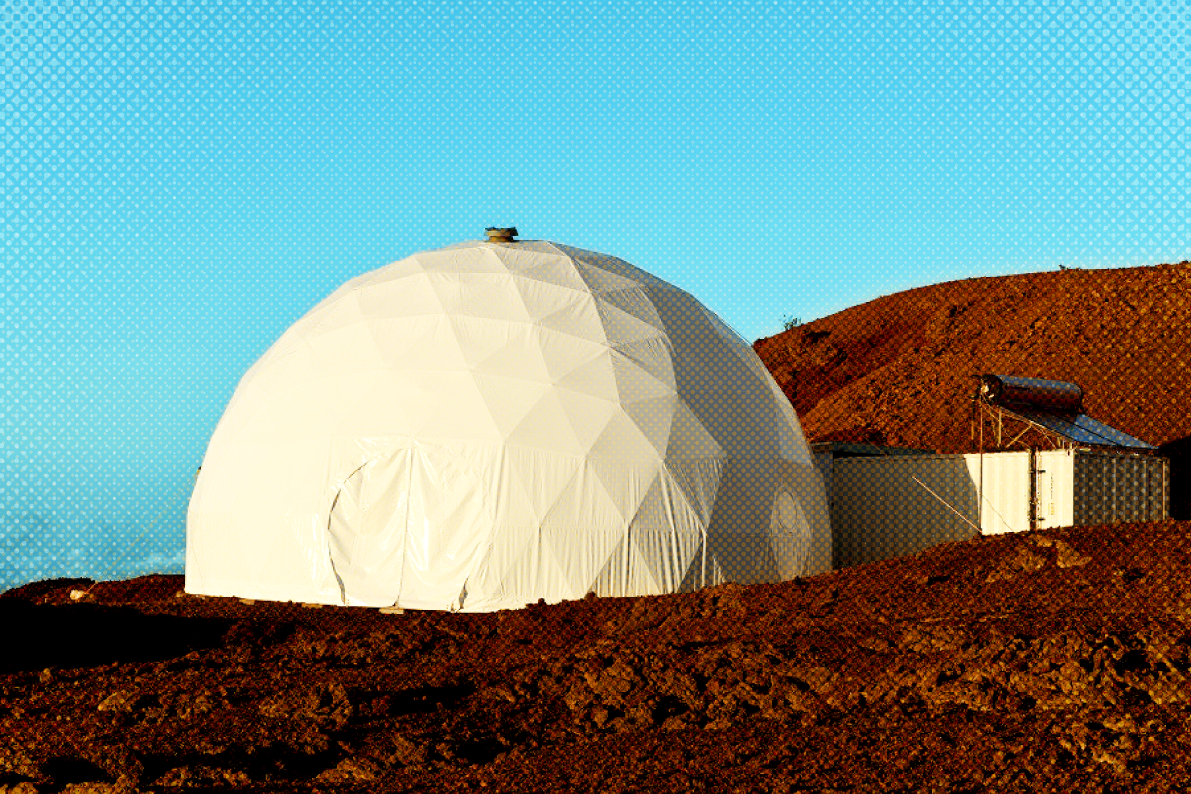 Some people are really, really looking forward to the weekend — on Saturday, six scientists and academics who have spent the past year living in a simulated Mars habitat will be released.

The mission, run by Hawaii Space Exploration Analog and Simulation (HI-SEAS) and funded by NASA, is designed to mimic living on Mars as much as possible, Kim Binsted, the principal investigator of the project, tells Vocativ. The six “astronauts” were hired according to the NASA guidelines for fitness and represent a diversity of scientific specialities. All communications between the habitat and “Earth” would be delayed by 20 minutes, as it would be if the astronauts were really on Mars; the astronauts could only go outside their habitat (an outing called Extra Vehicular Activity, or EVA, in NASA-speak) in space suits and after getting express permission from the researchers. Even the landscape around the habitat is Mars-like — 8,200 feet up on top of the volcano Mauna Loa, there’s no vegetation to cover lava tubes and flows.

And how much were the six individuals compensated for their isolated year on “Mars”? Each research subject was given a stipend of $15,500 — plus their travel arrangements and, obviously, their room and board were provided by the researchers. All in all, it’s not a huge sum for spending a year of your life isolated on the top of a volcano.

This is the fourth Mars simulation to be run at HI-SEAS (the others have been for four- and eight-month stints), but it’s not the longest one to date. That superlative goes to the Russians and their Mars500 mission, in which six astronauts were confined to a research facility in Moscow for 520 days, ending in 2011. From those participants, we have a pretty good idea of what it’s like to spend a really long time in such a confined space—according to an email-based Q&A done during the experiment, it’s lonely and monotonous, and the food isn’t as bad as you would expect.

All of these simulations are intended to give researchers an idea of what humans might need on a real-life Mars mission. By most estimates, those trips would last somewhere around two years, depending on how long the astronauts stay on the Martian surface. Before a trip like this can become a reality, scientists have to answer a lot of logistical questions, like how the astronauts will have enough food, water, air, and energy to survive for so long. How will they fix electronics that break? How can they keep their bodies healthy when muscles tend to atrophy in space? And, perhaps on a more fundamental level, how can you keep a crew from killing each other in such a confined space for so long?

“In general, the goal is to run long-duration simulations of Mars missions,” Binsted says. “By doing that, we’re able to [reduce] a lot of risks that NASA and other space agencies take in going to Mars and improve them or get rid of them altogether.”

With the HI-SEAS study just wrapping up, Binsted and her collaborators set out to understand a facet of life in space that’s a bit more nuanced — they wanted to understand “crew cohesion and performance,” as Binsted puts it.

“Astronauts tend to be pretty stoic people — I ask how are they doing, they say, ‘Great, I’m getting along well with everyone,’” Binsted says. As a result, she can’t rely on self-reports to predict whether a serious problem may be brewing. So during this mission the astronauts have experimented with passive types of measurement, such as a badge that can detect an astronaut’s relative position to another astronaut and volume of voice. “If they’re standing nose-to-nose and the volume of their voices is loud, they’re probably having a fight. If they never come near each other, they’re probably avoiding each other,” Binsted says. To get a sense of their performance, the researchers are getting science professors to evaluate the astronauts’ “field work.”

The answers to these questions might help space agencies select astronauts with the right psychological profile for a long-term space mission to Mars or beyond. The best fit? “What it comes down to is a thick skin, a long fuse, and an optimistic outlook. And being easily entertained,” she says.

Choosing astronauts that fit that description could be essential not only to the psychology of the rest of the group, but also to the crew’s overall performance — it’s hard to do the necessary scientific and maintenance tasks required if an astronaut is preoccupied by a feud with a crew member.

Though NASA might have been hoping to easily identify the pitfalls of group dynamics, there isn’t just one thing that can cause crew relations to fray, Binsted says. “Lately I’ve been [referencing] Anna Karenina —all happy families are like, but each unhappy family is unhappy in its own way.” She means that well-functioning teams tend to look alike, but “when they’re having a dispute, it tends to have different causes and manners,” she adds.

Though group conflicts are inevitable, Binsted says, this HI-SEAS study isn’t designed to look at interventions for group issues. Now that the astronauts are out of their habitat, they will spend a week debriefing the experience with the researchers. After that, Binsted says, she and her collaborators can finally start sifting through the data to publish several studies over the next few months.

The astronauts are looking forward to the end of the study — they will get fresh fruit and vegetables, something they didn’t have for the past year. “They are clamoring to get into the ocean,” Binsted told the Hawaii Tribune-Herald. “I think they will enjoy having a beer as well.”