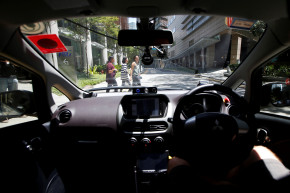 This Grocery Drives Itself To Your Door
By Ruby Nitzberg
SINGAPORE

Uber launches its first self-driving cabs in Pittsburgh in late August, but a Singapore startup got there first 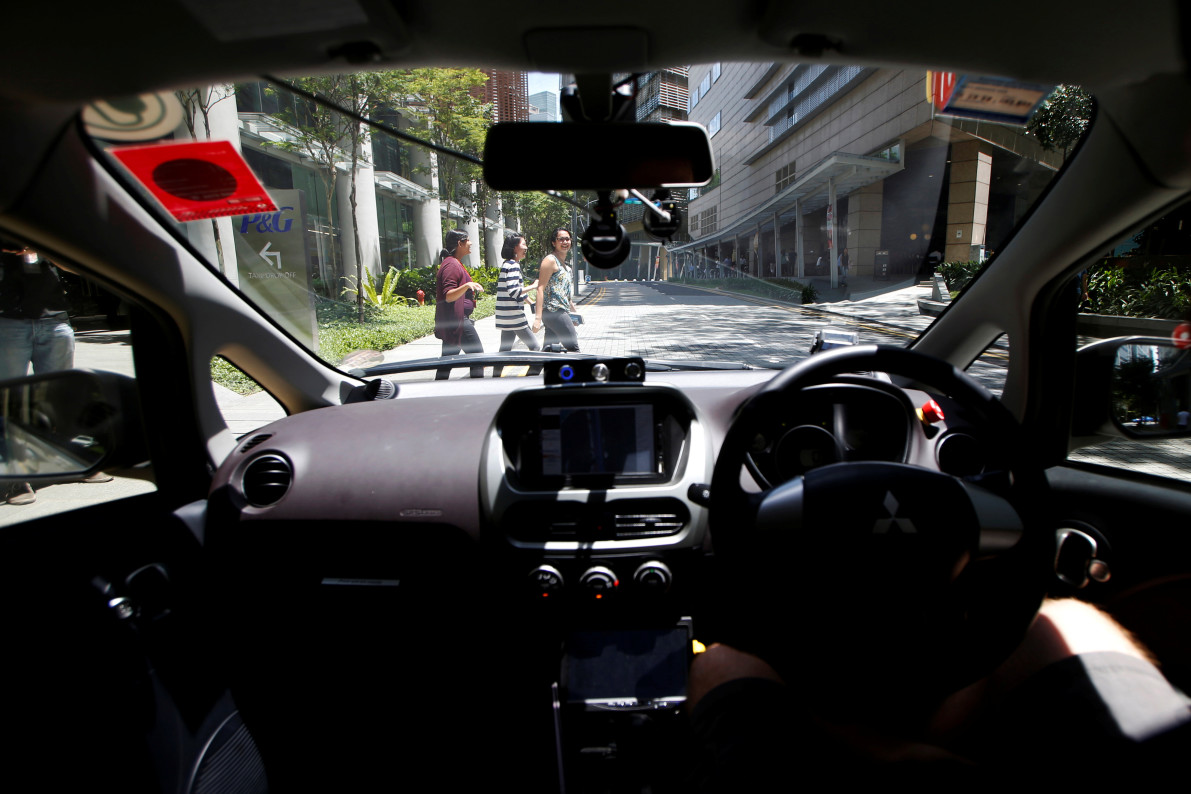 Pedestrians cross the street in front of a nuTonomy self-driving taxi. — REUTERS
By Brian Patrick Byrne
Aug 25, 2016 at 6:02 AM ET

A Singapore start-up began allowing customers to hail self-driving taxis via their smartphones on Thursday, overtaking Uber to become the world’s first self-driving cab provider by a matter of weeks.

Singapore start-up nuTonomy has given certain customers the ability to hail free rides in one of six of the world’s first self-driving cabs, the Associated Press reported, within a 2.5-square mile radius of a business and residential district in the city. A driver will sit at the wheel at all times, the company said in a statement, and a second person will monitor the car’s self-driving software from the back seat, the AP reported.

The cars consist of two models, an electric-powered Renault Zoe and Mitsubishi i-MiEV. The vehicles use two cameras to scan for other cars and obstacles, and a system called Lidar—a series of lasers that work like radar, the AP reported.

Uber hasn’t said when it will launch its own fleet of self-driving cabs. In August Bloomberg reported the company planned to roll out its fleet in Pittsburgh, where it’s been testing self-driving technology, sometime later this month. According to The Washington Post, Uber originally planned to launch in November, but now says it’ll be “by the end of the month.”

Vocativ has reached out to Uber for a specific launch date for its fleet of self-driving taxis.

nuTonomy, co-founded by an MIT professor, said its trial will continue “on an on-going basis.” It’s also testing its technology in Michigan, and in the UK. The company said it plans to launch a fully-fledged self-driving taxi service in Singapore in 2018.