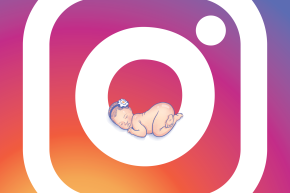 Instagram Mom Accused Of Exposing Her Toddler To Pedophiles

Her account is wildly popular and, until recently, featured naked photos of her daughter 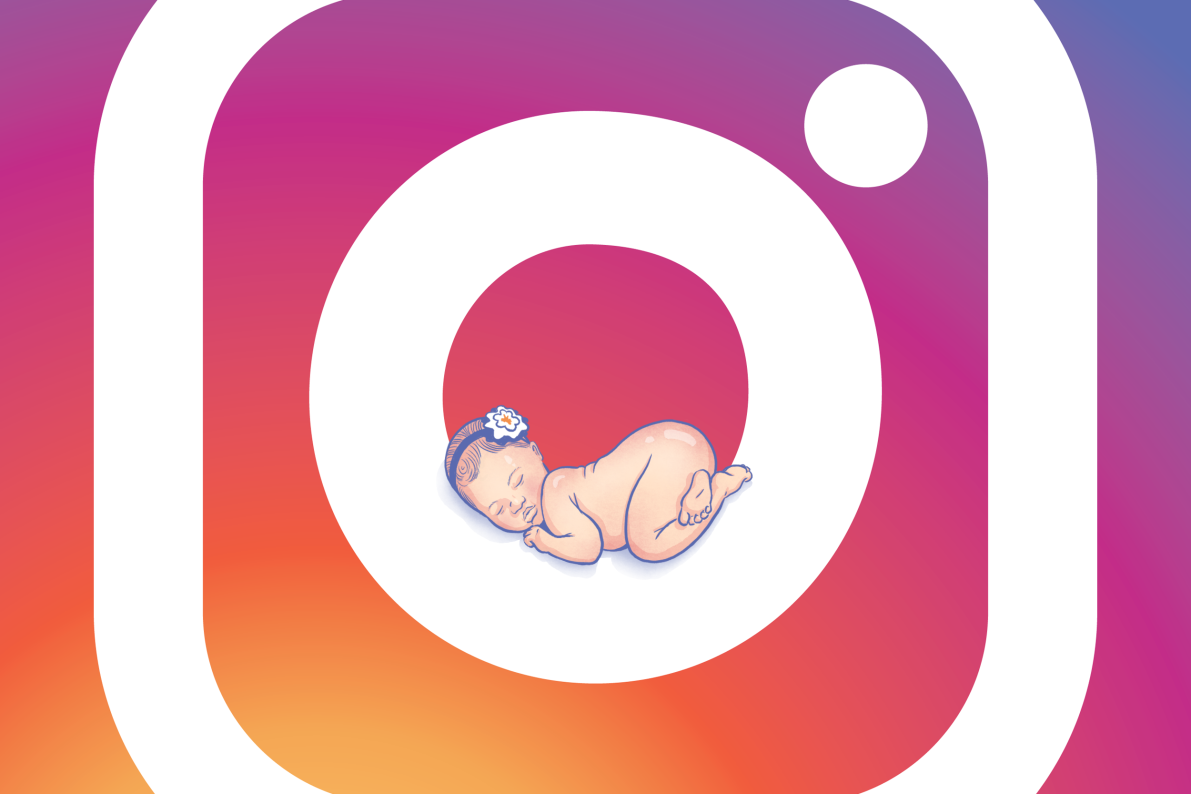 K. is a cherubic 18-month-old with wispy blonde hair, very pinch-able cheeks, a toothy smile, and delightfully pudgy legs. She can barely speak, let alone navigate an iPhone, but her Instagram has well over 300,000 followers. The account, which bears her name and is run by her 24-year-old mom, T., features more than 4,000 photos of the toddler dressed up in fashionable outfits, many of which are provided by sponsors. There are oversized bows, frilly dresses, crop tops, mini moccasins, and baby bikinis.

These images of K., who lives in the U.S., receive hundreds, even thousands, of comments from people all over the world. Largely, they consist of strings of emojis expressing apparently stupefying enthusiasm for K.’s cuteness. Sometimes, though, these remarks appear to go in a different direction: In a number, the toddler is referred to as “sexy.” This has sparked outrage among many of K.’s followers, with some railing against T. for exposing her daughter to dangerous pedophiles.

[Editor’s note: We have abbreviated three names in this article as a means of making it more difficult to identify the minor involved in this story.]

The outcry over K’s Instagram account has been ongoing, but it reached a fever pitch this week after T. posted a series of photos, all of which were removed on Tuesday, showing K. without clothes on the beach. The images were met with several seemingly inappropriate comments. One follower enthused, “So sexy!” In a much more extreme example, someone wrote, “can i put [sic] in in her beach buns? how much?”

Comments of this sort have become frequent enough that a popular gossip blog has more than once documented examples. The “sexy” remarks on K.’s photos are now rivaled in number by comments calling on T. to immediately stop posting photos of K. “You are a disgrace as a mother. How dare you serve up your child to what is obviously a fanbase of pedophiles? I seriously hope you get a visit from CPS [Child Protective Services] at any moment and they separate you from that innocent child,” wrote one woman, who suggested that K. was being followed by an “international pedo ring.” Wrote another, “She’s a child pornography peddler. She’s not a mother.”

Some are calling on sponsors to end their partnerships with T., while others say they have reported the nude images to Instagram.

T. did not respond to repeated requests for comment, but her 25-year-old husband, C., told Vocativ by phone, “Everything we’ve done, posting pictures and such like that, has been nothing but innocent,” he said. “There is nothing wrong with these innocent photos of a baby sitting naked on a beach when you can’t even see anything.”

This is far from the first time that a parent posting photos of their child on the internet has caused an outcry. Just this week, “Teen Mom” star Farrah Abraham was criticized for sharing a photo of her 7-year-old daughter in a bikini. There has been plenty of commentary over the years on why so-called “mommy bloggers” should stop making money off their kids and everyday parents should refrain from sharing pictures of their offspring on social media. These arguments typically center on concerns around both children’s privacy and safety, which is why naked photos are often seen as especially inappropriate.

Instagram did not immediately respond to Vocativ’s requests for comment, though the platform tends not to comment on individual accounts. In this instance, K.’s mother removed the photos herself, but the app’s policy allows that “for safety reasons, there are times when we may remove images that show nude or partially-nude children,” and it’s repeatedly made good on that threat. In 2014, a popular blogger’s Instagram account was deleted because she posted a photo of her daughter raising her shirt to show her belly and underwear. That same year, a woman’s account was suspended after she posted a photo of her “topless” 20-month-old daughter. Other social networks agree: Facebook has also removed naked and partially-nude baby photos.

It isn’t just the naked photos of K. that have garnered troubling responses, though. In a from-behind shot of K. wearing on open-back blouse, a commenter wrote, “Sexy back.” Another said, “Look how sexy she is!!!!” Most of the seemingly off-color comments refer to her as “sexy” or comment on specific body parts (“dat booty doe”), but a very rare few are more descriptively disturbing. In one of the worst examples, a man commented on a photo of K. kneeling on a bed, “with you on the bed like this, with me behind you loving your little legs.” But, given the recent removal of the nude beach photos of K., it appears the outcry about nudity is especially effective.

But, the commenters’ concerns about lurking pedophiles may not be as valid as they first appear. David Finkelhor of the Crimes against Children Research Center said that any risks around pedophiles in a case like this are very unlikely. “Pedophiles are not generally interested in toddler-age children, unless there is some explicit sexual behavior or focus to the images,” he said. Finkelhor said that pedophiles who are interested in abusing children look for minors who are directly contactable through social networks. “They are not using the internet like it was an L.L.Bean catalogue to find unknown children unless there might be some interactional possibility,” he said.

If the pedophile panic in this case is outsized—which it often is, according to data on so-called stranger-danger cases—then what to make of all those remarks about K. being “sexy”? Of course, it’s possible that some are just outrageous trolls. But in many of the cases, there appears to be a language barrier, which isn’t too surprising given that she has a significant following outside of the U.S. “That’s just a clash of cultures,” said C. “Sometimes the words that they would use in their context are appropriate and then it’s translated to our context and it’s completely inappropriate.”

“If it comes to the sense of we’re worried about our daughter’s safety and well-being, then of course none of this would continue,” he added.

I contacted a 27-year-old Brazilian man who commented “toda sexy,” which roughly translates to “all sexy,” on a photo of K. wearing a backless top. He explained that he meant to suggest that K. was “cute.” He explained that his sister tagged him in a comment on the image because, as he put it via Facebook Messenger, “she says that my daughter will be beautiful as” K. This explanation was run by two Portuguese speakers, including one who was Brazilian-born, and it was met with some skepticism, although it was noted that “toda sexy” might be interpreted to mean “all dolled up.”

His sister did indeed comment on the photo of K. and described her as “sensualizando,” a concept one Brazilian blog struggles to translate into English as “basically a combination of being successful and sensual.”

A middle-aged woman who lives in Singapore commented “sexy” on a photo of K. in a black bikini, but tells me that she only meant to suggest that the toddler was showing skin. In an email she explained that she is a fan of K. in part because of her big round belly: “[I] share the same shape as her with a tummy, just that I’m a 55 year old.” She added cheerfully, “It’s great to see love within a family and little [K.] growing up. Thank you to [K.’s] mummy who is doing a great job!”

Then there is Shafaq, a 23-year-old Pakistani woman who frequently comments on Facebook photos of K. and has more than once used the term “sexy” to describe her. She told me via Facebook that she does not mean it in a sexual way. Shafaq, who is a fan of cute baby photos on the internet, said she meant to express that K. was “pure and beautiful and complete,” and that she used “sexy” to describe “someone that appeals so much that we cannot take our eyes away from [them].” She offered for comparison an Urdu word that translates roughly to “attractive.”

Far from being the member of an international pedo ring, Shafaq seems to admire something about K.’s privilege. “She is born at the right place where she is valued and where she is a princess of her own little home,” she said.

So, it’s possible that some, if not all, of these “sexy” comments from around the globe are lost, or perverted, in translation to English. Some of these commenters might mean “cute” when they say “sexy.” The person who commented “I eat your ass” on a photo of K.’s naked bum probably meant it in the way that a native English speaker might say of a baby, “I want to gobble her up!” And the willingness of outraged commenters, who largely appear to be native English speakers, to at face value interpret these remarks as evidence of a widespread pedophilic following, might tell us something about the depth of stranger danger panic, particularly in the U.S.

That doesn’t mean that these commenters aren’t sexualizing a child—just maybe they aren’t doing it in the way that so many of T.’s critics assume. Perhaps instead they are sexualizing a child in a way that is actually entirely common in American culture—for example, “little stud,” “flirt,” and “heartbreaker” onesies. Put those kinds of messages through Google Translate and you’ll get some pretty creepy results (because, well, they are creepy). That’s not to mention, these “sexy” remarks are far outnumbered by what is often considered “normal” objectification of babies by total strangers. Look at those thighs! I want to nibble her feet! That tush!

K.’s story certainly taps into ongoing debates about the politics of mommy blogging—especially when mothers are making money from their kids—and the inappropriateness, or not, of posting naked baby photos on the internet. But it’s also a reminder of all of the small and socially acceptable ways that children, and girls especially, are objectified and sexualized, online and off. Those things are far more pervasive than pedophiles or international child pornography rings.