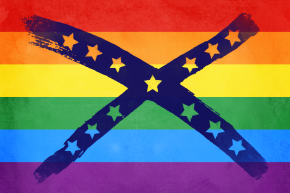 Racism & Rainbows: How Neo-Nazis Are Flirting With The LGBT Community
By James King

Racism & Rainbows: How Neo-Nazis Are Flirting With The LGBT Community 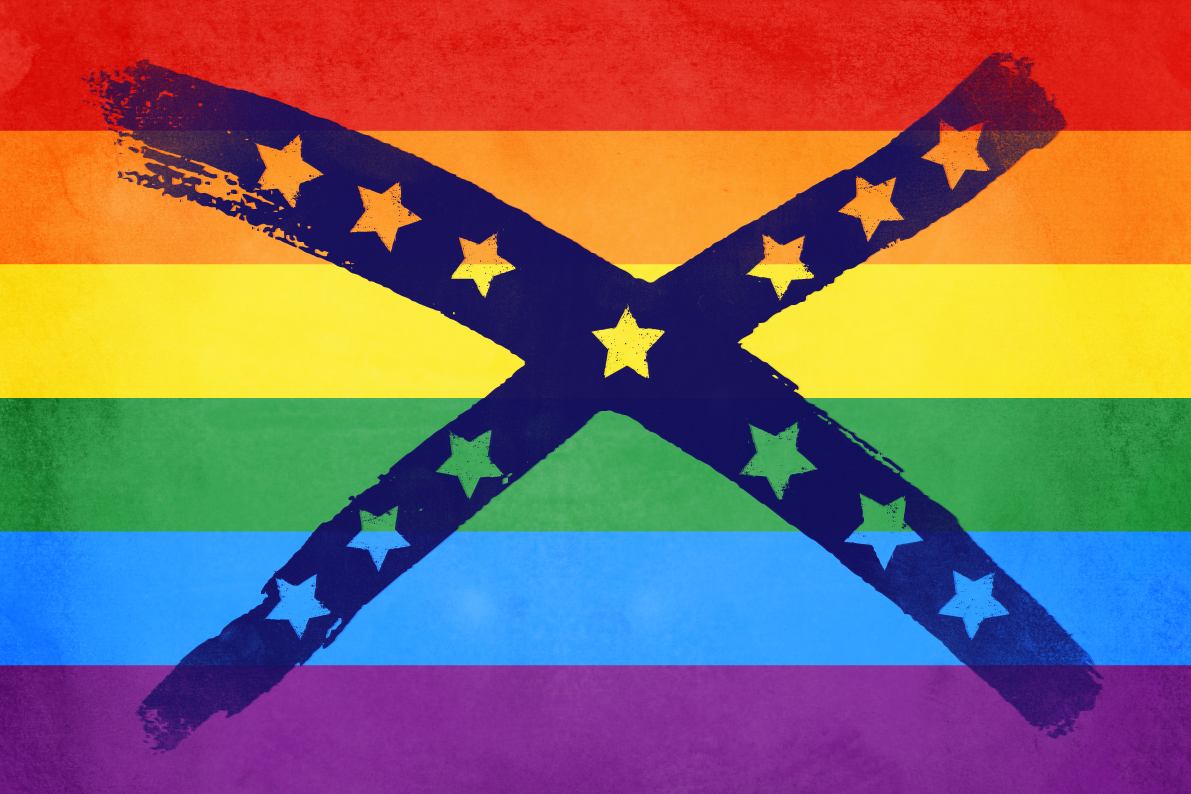 On a website owned by a prominent white nationalist, you can buy Confederate battle flags, “Don’t Tread On Me” Gadsden patches, and other items often associated with the white power movement. You can also buy a big, rainbow LGBT pride flag.

“Following the shooting deaths of 49 people at an LGBT club in Orlando, Fla., some white nationalists saw an opportunity to prey upon fear within the LGBT community to foment Islamophobia,” the Southern Poverty Law Center, which tracks extremist groups like the Ku Klux Klan and National Socialist Movement, wrote in a post last week. A street artist who previously created anti-LGBT and anti-Muslim posters quickly seized on Orlando’s mass shooting by creating rainbow-colored Gadsden flags with the hashtag #ShootBack and plastered them all over West Hollywood, home to a large LGBT community in Los Angeles. The artist said he wanted to send a message to the gay community that they can defend themselves. A similar flag appears on Patriot-Flags.com.

The neo-Nazi selling LGBT merchandise is Kyle Rogers, a leader of the Council of Conservative Citizens who ran the organization’s website until last year. The CCC made headlines in 2015 when some of its racist ideology was referenced in the manifesto of Dylann Roof, who allegedly murdered nine people at a predominantly black church in Charleston, South Carolina.

“That’s quite the paradox for a neo-Nazi white nationalist who generally sells uniforms to racist organizations like the anti-LGBT League of the South,” the SPLC wrote of Rogers in its post. “Earlier this summer, the LOS—which buys its uniforms from Rogers—turned out in protest of Montgomery, Alabama’s annual Pride festival, holding anti-LGBT signs and shouting ‘God Hates Fags!'”

Rogers did not immediately respond to Vocativ’s request for an interview.

Rogers and the CCC are not the only traditionally anti-gay institutions trying to bring the LGBT community into its fold, according to the SPLC post. One of the founders of the Alt Right movement and president of the white nationalist National Policy Institute Richard Spencer banned anti-LGBT activists from his organization’s annual conference last year, which included an openly gay Alt Right author as a keynote speaker. The SPLC also cites an article written earlier this year by white nationalist activist Greg Johnson. In his articled, titled “Gay Panic on the Alt Right,” Johnson argues that white nationalist movement should embrace the LGBT community if it wants to thrive.

“I can only control my little corner of the movement,” he wrote, “but my view is that White Nationalism should be ‘straight but not narrow,’ meaning that we should uphold and defend heterosexuality as the norm but also recognize that not everyone fits that norm. But as long as homosexuals uphold healthy norms and have something positive to contribute, they can and do make our movement stronger.”