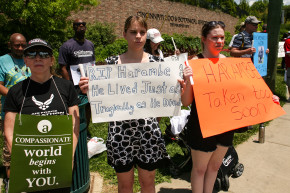 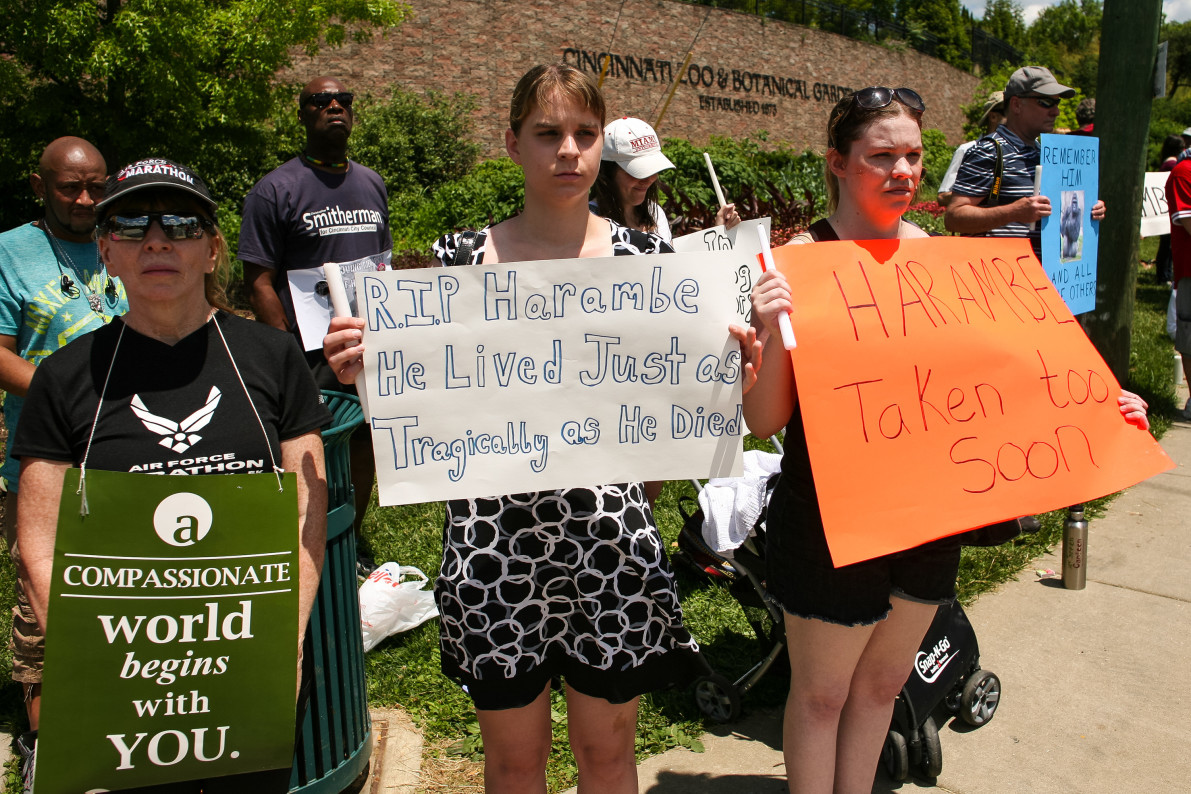 Update: As of Tuesday morning, both the Cincinnati Zoo and director Thane Maynard’s Twitter accounts have been taken down.

Three months after the tragic death of Harambe, the gorilla at the Cincinnati Zoo who was killed by zoo employees after a child wandered into his enclosure, the internet has been flooded with Harambe memes. And the zoo is begging for relief.

“We are not amused by the memes, petitions and signs about Harambe,” Cincinnati Zoo director Thane Maynard told the Associated Press. “Our zoo family is still healing, and the constant mention of Harambe makes moving forward more difficult for us. We are honoring Harambe by redoubling our gorilla conservation efforts and encouraging others to join us.”

(Maynard has special reason to be not amused: His Twitter account was hacked last Saturday, which resultued in the tweeting of several Harambe hashtags.)

After the initial outrage following Harambe’s death, memes making fun of the event began to rise, putting the gorilla back in the national social media conversation. Right now, the zoo can’t post anything on its social media accounts without getting a barrage of responses about Harambe.

As distinctive as a fingerprint, every zebra has a unique pattern of stripes. https://t.co/GIqnPNKwO5 pic.twitter.com/3R1dVlVCeA

@CincinnatiZoo u had a unique way of killing harambe

@CincinnatiZoo not as distinctive as Harambe

A local news editor was so sick of seeing so many Harambe petitions that he started a petition to stop the petitions (at press time, it had yet to achieve 100 signatures).

Though Maynard has a good argument that the Harambe internet weirdness is having a negative affect on the people who cared for the gorilla (until they were forced to shoot him), it’s doubtful that him pointing this out will make it go away. Most likely, it will have the opposite effect. (As Select All pointed out, its the perverseness of the humor that keeps the Harambe meme going.) Maynard and his employees may just have to hope a new meme comes along for the internet horde to enthusiastically jump into, like a curious three-year-old boy into a gorilla enclosure.