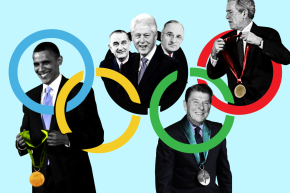 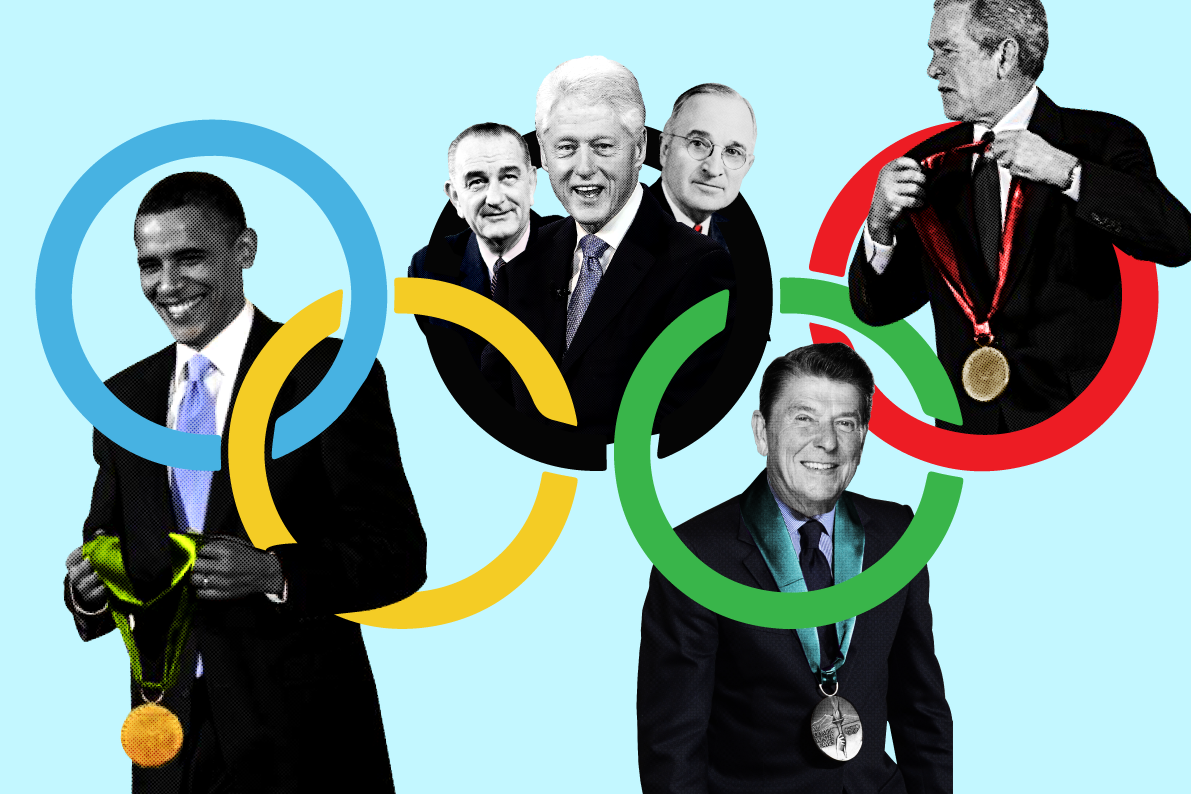 Loudmouthed presidential candidate Donald Trump has decried America’s competitive state time and time again with his trademark line “We don’t win anymore,” but he was shushed into twitter silence throughout the course of the Olympics. That’s no surprise. Down in Rio, Team USA was busy stealing his other favorite line: “We’re going to win so much, you’re going to be sick of winning.” The American Olympic squad won so much Olympic bling in Rio, deconstructing Trump’s “We don’t win anymore” line became a fun pastime for politics fans.

It's like this entire Olympics is a repudiation of Trump: a diverse America makes us win https://t.co/sJ1SARZvU2

Team USA crushed it at the Olympics, taking home a total of 121 medals and breaking the record for all U.S. teams competing in a non-boycotted Games. China, one of Trump’s favorite countries to point out in stating just how far America has fallen, had the second-highest medal count with a total of 70. (Though it’s important to note that Russia was comparatively underrepresented at the Rio Olympiad, following a state-sponsored doping scandal that rocked the country and saw scores of athletes banned.) It’s hard to imagine how an Olympic team under President Trump would do any better. After all, how can we make America great again, if it’s already at its greatest? We’re already pretty sick of winning, tbh.

Under President Obama, one of Trump’s main targets for scorn throughout the course of this election cycle, Team USA has won more medals than during any other presidency.

Having served as president through two summer and two winter Olympic games, it makes sense that under Obama’s watch Team USA has amassed such a high tally. The only president under whom American Olympians brought home anywhere near as many medals was Ronald Reagan. During his tenure, our performance in the 1984 Olympics in Los Angeles was likely given a boost due to the boycott by the USSR and 13 other communist nations. This was seen as a retaliation for a boycott by more than 60 nations of the 1980 Moscow Games over the war in Afghanistan.

The U.S. has won the medal tally in 18 of the 28 Summer Olympics games it has participated in since 1896. Talking strictly in terms of Olympic medals, America is on a continuing winning streak—our biggest wins have almost exclusive fallen within the past five presidential terms, with the exception of Theodore Roosevelt’s presidency. Roosevelt’s impressive sweep is less impressive when considering the fact that the 1904 summer Olympics hosted in St. Louis was especially ill-attended. Less than half of the events actually included athletes from outside the U.S.

While there’s no question that we’re racking up more medals than almost ever before, it is important to note that the size of the Team USA squad (as with most other nations’) has been growing in size. The 2016 team is actually a bit below average if you compare medals to squad size—we won 0.18 medals per participant. By this metric, the U.S. peaked at its first-ever Olympics back in 1896, when 20 medals were awarded to the event’s 14 participants. That’s not to say, however, that Trump’s claims that we are a nation of loser checks out: of the 27 sports that U.S. athletes competed in at the 2016 games, medals were collected in an impressive 20.