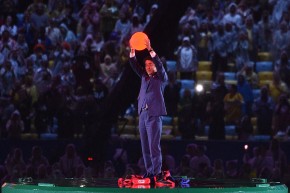 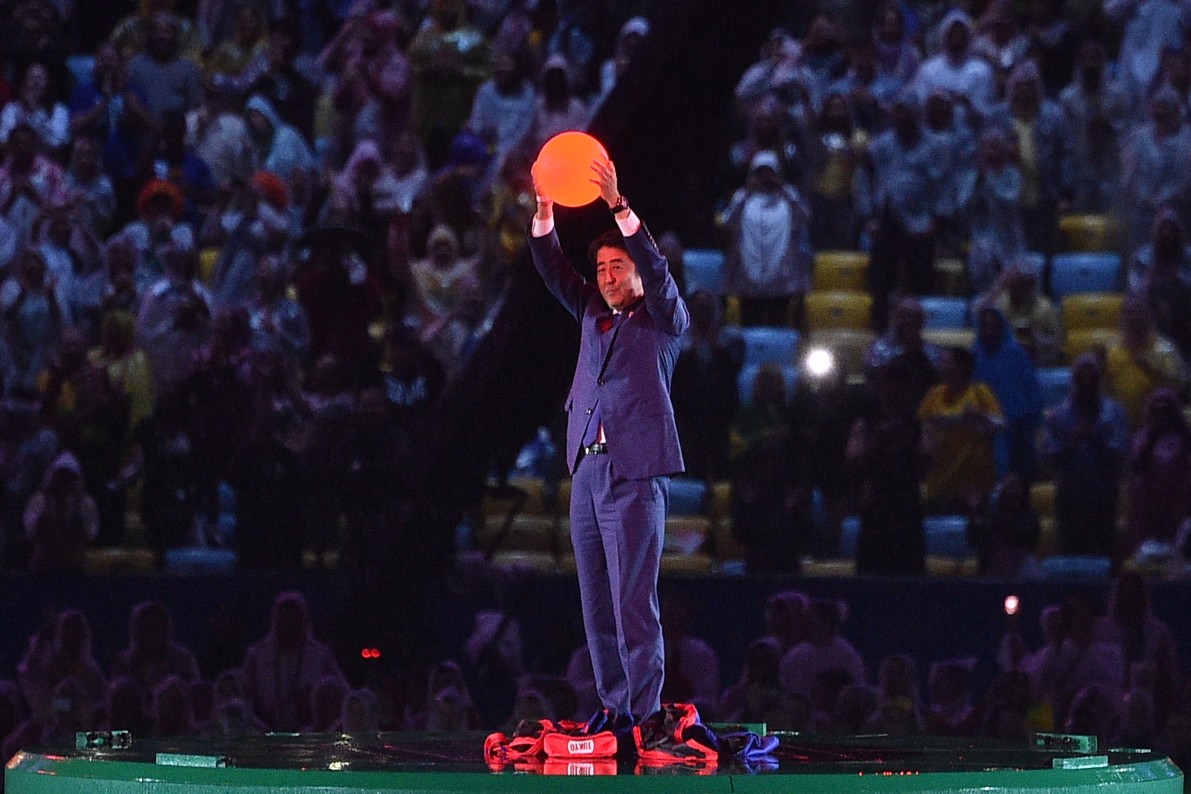 Just before all was said and done, before this glorious celebration of the human spirit and late-period capitalism closed up shop, NBC ran a glossy promotional reel for the upcoming 2020 Games in Tokyo as part of the Olympics’ closing ceremony.

The two-minute film featured the usual assortment of cultural touchstones and gleaming, athletic specimens before taking a hard left into weirdness.

Yes, beloved video game character Super Mario made an appearance in the middle of Maracanã stadium and revealed himself to actually be Japanese Prime Minister Shinzo Abe, because of course.

Naturally, the internet went bonkers, as is its wont.

Abe’s 16-bit transformation provides a bit of foreshadowing as to the general thrust of the 2020 Olympics, which should feature enough high-tech gadgets and futuristic geegaws to outshine any iteration of the annual Consumer Electronics Show. Better yet, this bit of propaganda for the venues titled “Infinite Excitement” promises that the Games will “go beyond amazing.” Sure.

As Heather Hansman wrote in Popular Science, for the 1964 Games, Japan unveiled the Tōkaidō Shinkansen, the world’s first high-speed bullet train, currently capable of reaching speeds of up to 200 miles per hour. Now, Japan hopes to have the fastest train known to man, the Maglev Train, ready for non-commercial use in time for the Games. The Tokyo2020 organizing committee has also set aside $367 million dollars to spend on a fleet of hydrogen-powered cars and refueling stations that will be kept in place after the Olympics have packed up and gone.

“After the completion of the games, the village will be an environmentally friendly residential district powered by a next-generation hydrogen system,” Hikariko Ono, a spokesperson for the Games said.

In an attempt to lessen the Olympics’ carbon footprint, Boeing has targeted 2020 as the year when they’ll be able to offer a commercially viable biofuel derived from algae for flights to Tokyo. According to the U.S. Department of Energy, such fuel “reduces lifecycle carbon dioxide emissions by 50 to 80 percent.”

Further, all manner of three-laws friendly robots will dot the Olympic villages to serve as translators, ferry tourists about, and generally ensure that visitors have as little contact with actual humans as possible. While government officials hope to have their own personal Westworld up and running in time for the opening ceremonies, the larger goal is a “universal future society where robots and information technologies that assist humans regardless of age, nationality or disabilities are commonplace,” the Asai Shimbun reported.

For fans watching at home, though, the cost will keep this tech out of their hands for the most part. The Olympic Broadcasting service will film the entirety of the Games in 7,680-by-4,320-pixel resolution, a 16-fold increase on the most commonly available hi-def televised images, and, if that’s not enough, we may even be treated to a man-made meteor shower. As Gizmodo noted, a Japanese startup, ALE, has partnered with Japanese universities, “to design a cube-shaped microsatellite that’ll be launched into space and, in the world’s first project of its kind, shoot out tiny, inch-wide spheres made out of a secret material. Friction in the air will cause them to glow while racing at five miles per second.”

You know what that means: giant advertising for all of the Olympics’ beloved sponsors and advertisers in the sky! It will be glorious.