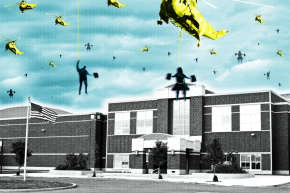 Who knew that helping your kids was such a point of contention? 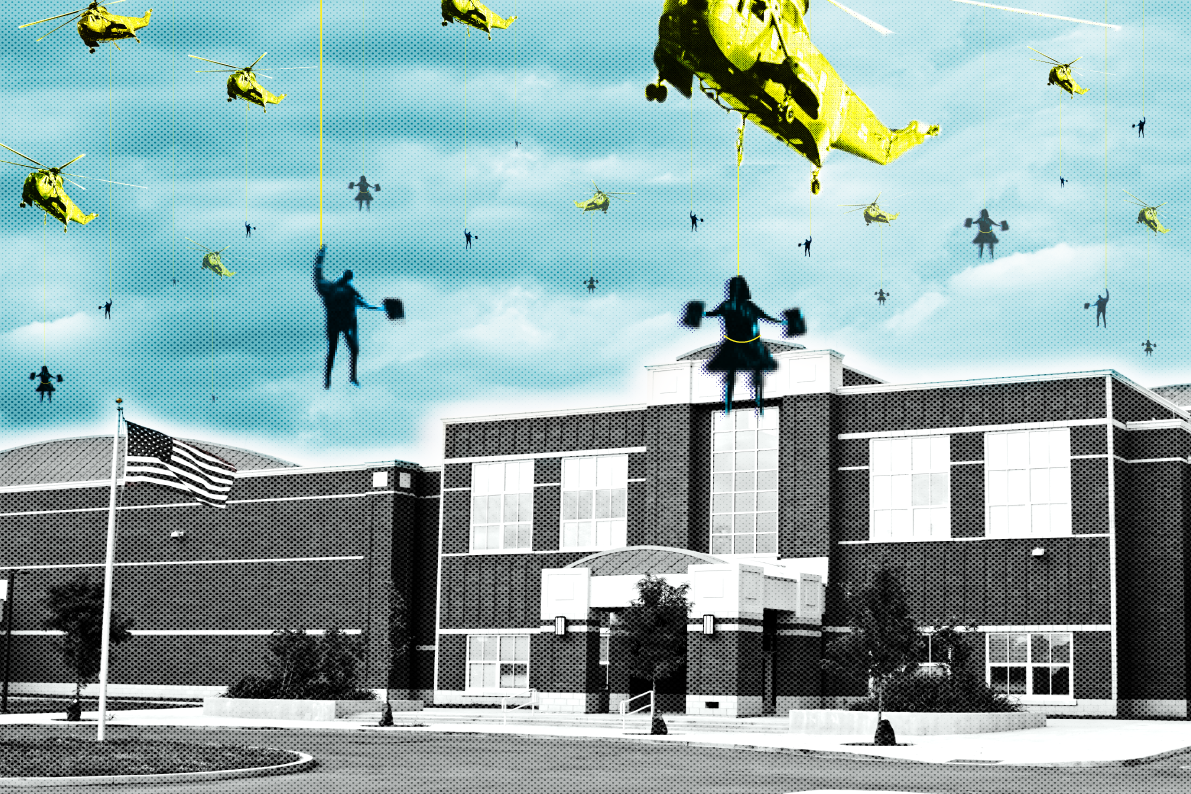 A Catholic boys’ high school in Arkansas sparked a national parenting debate after posting a sign on the front doors advising parents that if they’re stopping in to drop off forgotten homework or lunch, to turn right back around.

The picture was posted to Little Rock’s Catholic High School for Boys with the note, “Welcome to Catholic High. We teach reading, writing, arithmetic, and problem-solving.” The photo reads: If you are dropping off your son’s forgotten lunch, books, homework, equipment, etc., please TURN AROUND and exit the building. Your son will learn to problem-solve in your absence.”

The post, now shared nearly 120,000 times online, has more than 3,800 comments from parents split between giving the school the thumbs-up for taking a personal responsibility stance on their students’ behalf, and those who are apoplectic over the notion that the school would prevent them from aiding their children in resolving their mistakes.

“These are young men only a few short years away from college,” one woman wrote. “Mommy can’t bring your lunch or forgotten book to college. My son would be mortified if I brought his lunch or book to him. So what if they get detention? I promise, they will not starve in 3 hours. They are smart. They will bum food from a friend. Natural consequences.”

Others find the policy to be excessively unforgiving. “I’m an adult who forgets things because life is hectic and chaotic,” one parent wrote. “I can’t expect my kids to remember when their life is just as hectic. This is a terrible idea. Especially the food!”

Other commenters took the opportunity to give the angry parents a few tips of their own: “Simple solutions that could solve the problems of you whiners, one wrote. “Don’t like it, don’t send your kid here. How easy is that? … That’ll help you to avoid a headache for yourself if little Bobby forgets his lunch or homework. Spoiler alert: He’ll survive.”

The controversy highlights the seemingly endless divide over how children should be raised nowadays. On the one end are helicopter parents, sometimes called “snowplow parents,” because they either hover over their children’s every social and academic move or plow ahead in front, eradicating all possible obstacles in the first place. They’ve even been known to crash their adult children’s job interviews. On the other end are more traditional parents, sometimes called free-range, who espouse the values of autonomy and cutting the cord early so children can make, and fix, their own mistakes. They’ve been known to leave their 6-year-old alone in a park a mile away from home.

While current perception pits the two against each other in an era when most people believe kids have it too easy these days, a recent study found the opposite. Earlier this year, results from the National Poll on Children’s Health revealed that many people think kids today actually have it worse these days in terms of stress and mental health. In May, Dr. Matthew Davis, the University of Michigan doctor who conducted the poll, told the New York Times that figuring out exactly how much to help children now is the crux of the problem.

School principal Steve Straessle told KPLC-TV that the school was “baffled” by the fact that three hours after the post went up, the debate moved past their school and onto a national one about how to raise children right, which he called “healthy.”

What’s more, he said the post wasn’t even a new policy. It was implemented decades ago—against needless parental intervention. “It’s simply to help boys avoid the default switch of calling mom and dad when things don’t go right to bail them out,” he told the local Little Rock news. Seems reasonable enough.