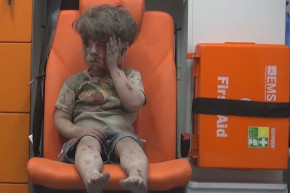 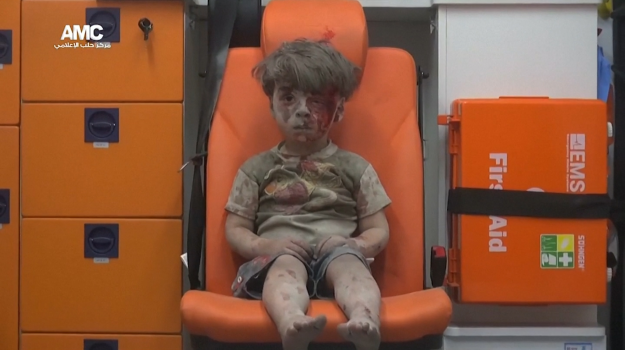 The ongoing and largely overlooked tragedy of the war in Syria has once again been brought to the attention of the West—by a five-year-old boy.

Footage of a shocked and bloodied Omran Daqneesh has played nearly constantly on social media on Thursday and Friday. The boy’s apartment building in Aleppo was hit by either a Russian or a Syrian airstrike on Wednesday. In the footage, the barefoot child sits waiting patiently in an ambulance. He reaches his hand, covered from the dust of the blast, to touch his wounded head. Finding his hand bloodied, he attempts to wipe it off on the chair.

Social media users were horrified to see the real human cost of that brutal ongoing conflict.