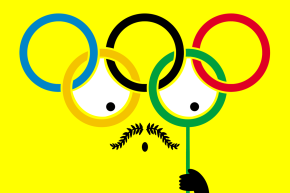 The Rio Olympics’ Legacy Is A Cyber-Surveillance State 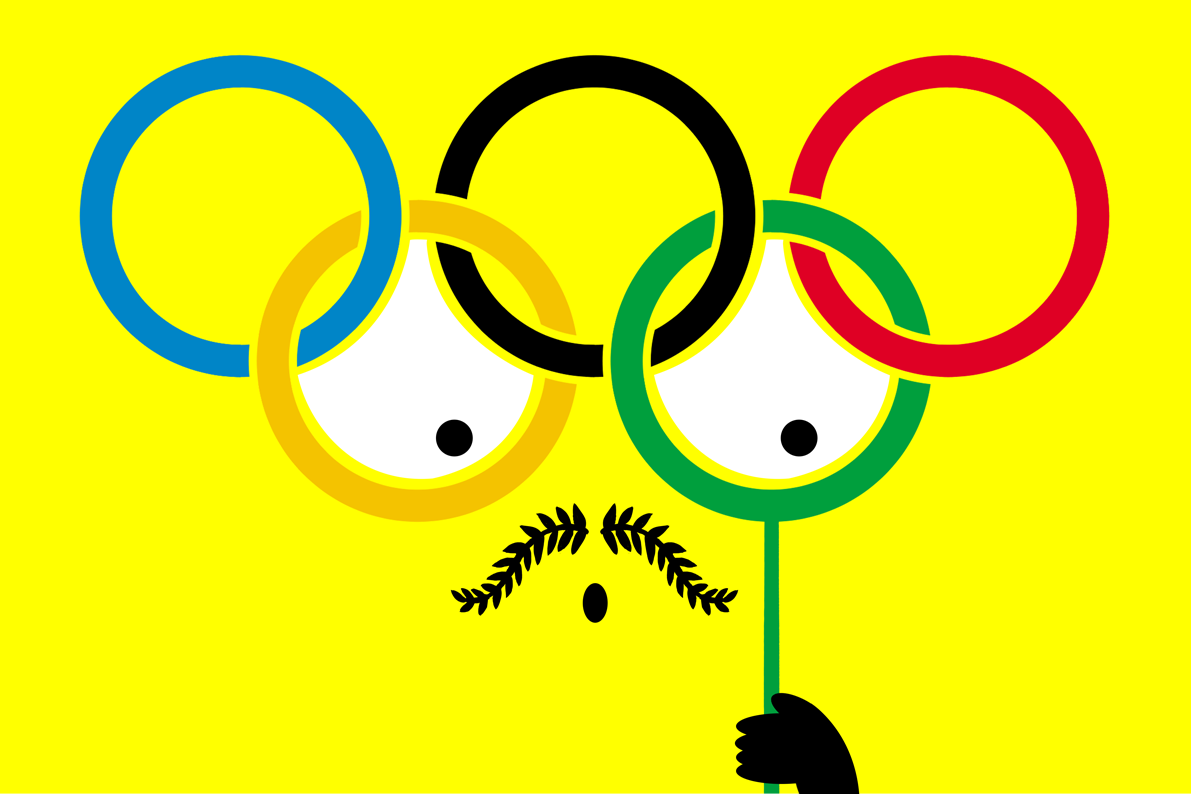 On July 21, 10 men were arrested by the Brazilian federal police. Those 10 men stand accused of being members of a loosely affiliated group calling itself the Defenders of Sharia, which was plotting a terrorist attack that would have taken place during the 2016 Summer Olympic Games in Rio de Janeiro.

Though most members of the cell had never met in person, the suggestion of possible intent—in this case, using the messaging apps Telegram and WhatsApp to pledge their allegiance to ISIS, cheering on the Orlando Pulse shooting, and discussing whether or not and how to purchase AK-47s—was enough for the Agência Brasileira de Inteligência (ABIN) to team up with the justice ministry and local law enforcement to launch “Operação Hashtag” (Operation Hashtag).

Following the arrests, justice minister Alexandre de Moraes described the group as “absolute amateurs” that were “ill-prepared” to actually achieve their ends and whose master plan consisted of little more than, “Let’s start training in martial arts, let’s start learning how to shoot,” he said. Defense minister Raul Jungmann went so far as to dismissively label them, “crazy fucks.”

Still, regardless of whether or not the Defenders of Sharia represented a real or in any way imminent threat, “Just the fact that they started preparatory acts, it would not be sensible to wait and see,” de Moraes said. “And the best was to order their arrest.”

But said arrests would not have been possible without a helping hand from Twitter and Facebook, both of which handed over user data, according to a judge overseeing the probe. Additional aid came from the Federal Bureau of Investigation, which, according to a Brazilian prosecutor, pointed investigators towards the cell. Most important, the ability to scour the social media profiles of those arrested was made possible by a sweeping anti-terrorism bill, Bill 2016/2015, passed by the Brazilian Senate in March of this year.

According to its critics, the bill paints terrorism with as broad a brush as possible and gives law enforcement a great deal of latitude when it comes to how they choose to interpret a precursor to a potential attack. Further, critics worry that the bill could easily be used as a tool to silence dissent and slash civil liberties in the name of national security.

“Against a backdrop of rising political tensions on the streets and heavy police repression of legitimate protests, the approval of this law represents a serious risk of democratic setbacks,” Rafael Custódio, the coordinator of the justice program at Conectas, a non-governmental human rights organization based in the Global South, said in a statement. Additionally, former President Luiz Inácio da Silva came out against Bill 2016/2015, describing it as an overreaction to any potential threats to the Olympics.

In the days that followed, four other alleged cell members were brought into custody and another Brazilian citizen, Chaer Kalaoun, was also detained, with unattributed reports claiming he’d been picked up after U.S. authorities tipped off the Brazilian police. Finally, Fadi Hassan Nabha, a former member of Hezbollah who has been on Interpol’s radar, was snagged on drug trafficking charges. (Brazilian authorities declined to comment on whether his past affiliation with Hezbollah played any part in the timing of his capture.)

In general, law enforcement officials have refrained from offering details as to what level of planning, intent, and pledges of fealty to a terrorist organization were required before they launched an investigation, let alone made an arrest. They further declined to state what activity—online or otherwise—brought these would-be terrorists to their attention, nor have they revealed how they managed to get around any encryption safeguards used by the group’s favored messaging services (and if it was necessary to do so at all).

The months leading up to the Games did see an uptick in terrorism chatter on the internet, to be clear. Though the news wasn’t widely disseminated at the time, a tweet sent in November following the Paris attacks by Maxime Hauchard, a French national that joined ISIS and has been seen beheading victims in propaganda videos, promised, “Brazil, you are our next target.” In April, ABIN announced that it viewed his tweet as a “credible threat.”

May saw the appearance of Portuguese and Spanish posts in Nashir, the Islamic State’s “official Telegram channel for communiqués, videos, and other materials,” as a signal to potential Latin American converts. According to the SITE Intelligence group, a for profit organization that monitors jihadist activity, it marked a clear attempt to rally potential Brazil-based sympathizers, adding that past attempts to recruit new followers were limited to “deep web forums” while, of late, social media has proved fertile ground.

Considering the negative press Brazil endured in the months leading up to the Olympics and the overwhelming perception that the nation had botched every task required as host, there was a simmering concern that they were not equipped to either detect or stop an imminent attack. A perception exacerbated by private sector and governmental security professionals furrowing their brows and grimly telling reporters about the threats posed by hackers, the possibility that chemical and biological weapons might be used, and even the unleashing of a dirty bomb.

The 2016 Olympics—thankfully—ended without even a hint of a terrorist attack. As the Intercept reported, the heightened level of secrecy and activity can not only be pegged to the Games’ arrival, but also to the recent return of the ABIN to military—as opposed to civilian—control. Though the presence of a mega-sporting event always results in an uptick in policing, high-tech equipment, and an attempt to scuttle legitimate protests, it’s not hard to imagine how a government might leverage the situation to make a crackdown on civil rights far more palatable and frame it as a seeming necessity.

“In the age of the Islamic State, ‘lone wolves,’ and troubling terrorist attacks in Europe and the United States, it does not appear difficult to ‘sell’ to Brazilian society that danger is omnipresent and anyone could be the enemy. The solution is, of course, surveillance and punishment,” the Intercept wrote.

But the surveillance tools and techniques that were put in place may remain long after the Olympics have become a gauzy memory for the IOC and the venues (hopefully) are repurposed in ways that actually benefits Rio’s citizens, even if all the available evidence points to an ongoing human rights disaster that will take years to recover from.

Vocativ spoke with Nathan Thompson, a researcher at the Igarapé Institute, a security and development think tank based in Rio de Janeiro. He explained that both the recent anti-terrorism legislation and similar attempts to rein in online privacy, including the shuttering of WhatsApp on no less than three separate occasions over the last nine months, has been driven by activist judges, law enforcement officials, and legislators working to water down the provisions of the Marco Civil da Internet, legislation intended to secure privacy rights online that was passed in March 2014.

“The Marco Civil is kind of like a digital bill of rights which lays out privacy provisions, internet governance guidelines, net neutrality framework, and has been rightly touted and lauded as a major accomplishment for Brazil,” Thompson said. “And indeed, a possible internet governance model for other countries looking to adopt similar legislation.”

Now, the “pendulum,” as he described it, has begun swinging back in the other direction,

“The question that legal experts are asking, and privacy advocates, and civil libertarians, is one of proportionality: does access to one alleged drug trafficker’s private communications merit blocking the freedom of expression and communications of, in the case of WhatsApp, one hundred million plus users in Brazil?” Thompson asked.

Thompson also said that when it comes to Brazil, the general public is largely being kept in the dark as to the size and scope of the expanding surveillance state.

“Anatel (Brazil’s national telcom regulator) has granted the Brazilian military approval to block cellular signals,” he said in an email. “Also of concern is the use and potential abuse of surveillance technologies such as IMSI catchers, which can mimic cell phone towers to log personal data and track movements of nearby cell phones. These devices can intercept and log metadata of calls made such as the number of the person being called, the duration of the call, as well as the content of calls, text messages and websites visited.”

“Even if one person is legitimately being surveilled due to a judicial order,” he continued, “this is a dangerous grey area, as numerous other citizens not accused of anything at all are also potentially being swept up and monitored.”

Thompson also mentioned that the Brazilian Federal Police were in communication with Hacking Team, an Italian company that provides surveillance software capable of “stealing documents from hard drives, snooping on video chats, reading e-mails, snatching contact lists, and remotely flipping on cameras and microphones so that they can quietly spy on a computer’s unwitting user,” according to the Washington Post.

This tech is often used in other parts of the world to track not just potential threats, but to harass journalists and spy on citizens and activists. While Brazil did express a clear interest, it’s unknown if they did come to terms on an agreement with Hacking Team. (Said conversations were only made available after WikiLeaks publicly released a raft of emails.)

For Dennis Pauschinger, a PhD candidate in cultural and global criminology at the University of Kent and the University of Hamburg, history suggests that the surveillance tech will remain in place, including the balloon-mounted cameras which will continue to hover over Rio de Janeiro, the 98 55-inch LED TV’s that are featured in the Integrated Command and Regional Control Center (CICC), and the 2,000 hi-res cameras that were set up to scour every square inch of the Olympic village.

“Almost every justification to host the Olympic games includes the argument that its legacy would [benefit] the public. However, this is highly contested,” he said via email. “In Athens, for example, the security legacy consists of a massive surveillance camera network. In Rio de Janeiro, many of the surveillance tools will remain and be used by different security institutions. The many cameras installed in the city will also remain and be used for the ordinary policing of Rio.”

That sentiment was echoed by Katitza Rodriguez, the Electronic Frontier Foundation’s international rights director. Reached by email, she said that while the security issues surrounding the Games were legitimate, “Unfortunately, this can easily turn into an excuse to monitor whole populations, to make long-term changes in laws and practices, and also to purchase expensive new surveillance tools which governments won’t want to give up after the Games are over as history has shown.”

If nothing else, Rodriquez hopes that there will be a pushback and resulting investigation, now that the Games are over.

“Brazil must conduct a full independent assessment of the surveillance measures implemented once the games are over, extract lessons learned, and cut back on this new public surveillance,” she said.

The question of whether these new security measures are in violation of existing Brazilian law remains an open one according to Thompson. Specifically, does the rounding up of mass data and shutting off various messaging apps voilate the Marco Civil da Internet? That remains to be seen.

“I think we’re kind of at a bit of an impasse in Brazil in terms of needing some clear definitions, if not a resolution, of these kinds of conflicts,” he said. “In that sense, it’s a very interesting time.”