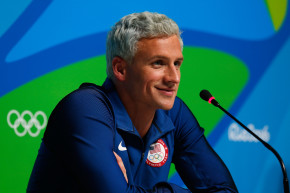 Ryan Lochte Is A Criminal Mastermind And Other Conspiracy Theories 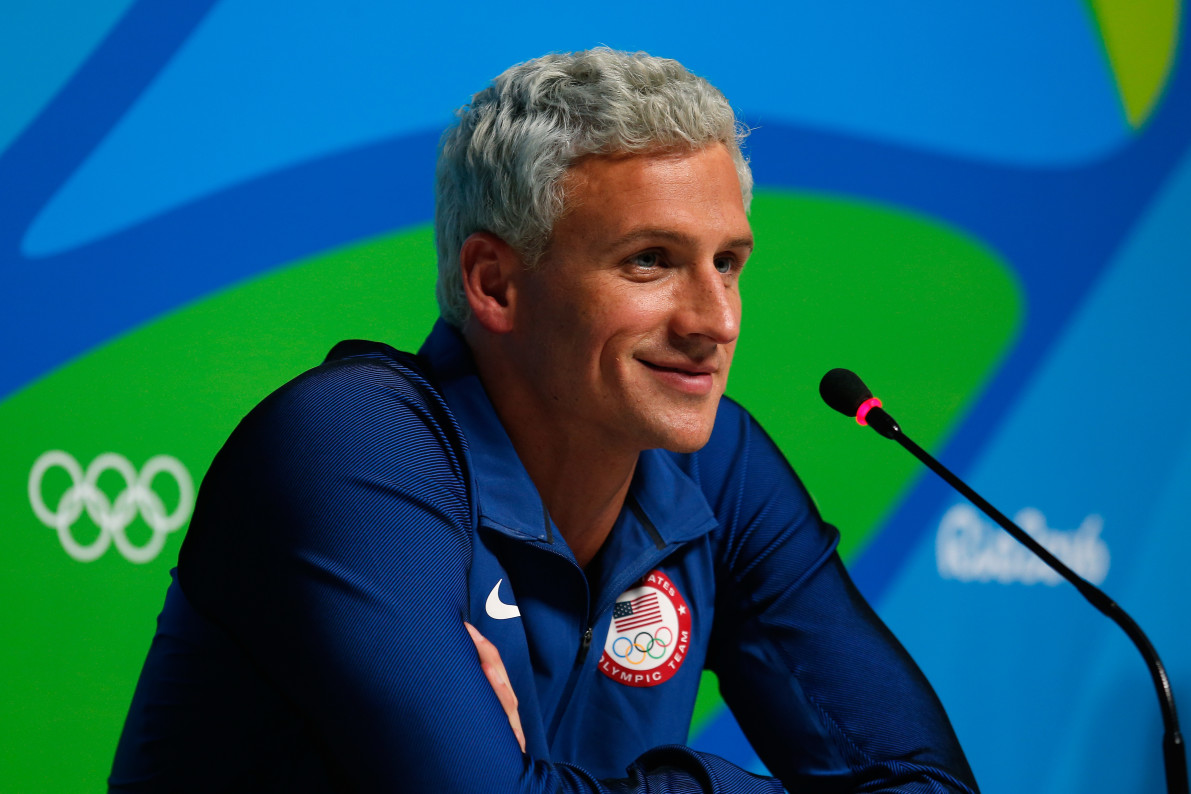 Ryan Lochte is a 12-time Olympic medal-winning swimmer, failed trademarker of his pet catchphrase, “Jeah,” and, until now, both loved and loathed in his role as America’s reigning Chilled Out Fratty Dudebro Sweetheart.

That was before Sunday, when Lochte claimed that he, along with fellow U.S. swimmers Gunnar Bentz, Jack Conger, and one other unnamed individual, were robbed early Sunday morning after leaving a party. According to Lochte’s original telling of the story—more on this in a bit—after hailing a cab, the night took a turn for the worse.

NBC caught up with Lochte on the beach (of course), where he described the harrowing ordeal to Billy Bush, making sure to use only the most Lochte-ian language at his disposal.

“And then the guy pulled out his gun, he cocked it, put it to my forehead and he said, ‘Get down,’ and I put my hands up, I was like ‘whatever.’ He took our money, he took my wallet — he left my cell phone, he left my credentials.”

Granted, prior to the above NBC interview, there were a few lingering doubts as to whether a crime had actually taken place. Lochte went and called his mom shortly after returning to the Olympic Village, and she was more than happy to unpack the details of her son’s terrifying experience to the press. The International Olympic Committee initially claimed that no robbery had occurred, though the U.S. Olympic Committee came forth with a statement shortly after backing up Lochte’s claims.

Everyone caught up so far? Good, Alice. Now we’re going to take a nice long jump down into the rabbit hole.

You see, according to Lochte, it took a few hours before he and his fellow crime victims opened up to the IOC or the USOC, “because we were afraid we’d get in trouble,” he said. As such, the IOC was initially in the dark, resulting in its public denial.

Okay, that seems reasonable. I guess the investigation will continue and while many  crimes in Rio de Janeiro go unsolved, certainly a high-profile case like this means they’ll put their finest officers on the case. But on Wednesday, one such cop told the Associated Press that they haven’t been able to find either the cab driver ferrying Lochte and his pals home or any witnesses that could verify that they’d been robbed.

Want more? Of course you do.

The Daily Mail got its hands on a security video showing Lochte et. al returning to the Olympic Village at 6:56 a.m. Sure, people react in all kinds of different ways to a traumatic incident, but they seem to be engaging in “horseplay” and are still in possession of the valuables that were purportedly swiped, with Lochte bopping swimmer Jimmy Feigen, now identified as the fourth member of the quartet, with a plastic wallet.

On Wednesday, based on the inconsistencies in the various accounts and the lack of evidence, a Brazilian judge ordered Lochte and Feigen to remain in the country and hand over their passports. Alas, Lochte had already bolted back to the U.S. the day before.

If that’s not enough, Lochte painted a slightly different picture of what occurred Sunday night, now saying that the robbery occurred when they stopped at a gas station, and that the gun was pointed not at his head, but rather in his “general direction.” Further, Bentz and Conger were pulled off of an outgoing flight, with U.S. law enforcement diplomatic officials being kept “at arm’s lengths” as to the details of the investigation, sources told the New York Times. Thursday, Brazilian authorities leaked this potential bombshell, as all of this threatens to devolve into a full-blown international incident.

You know what this means. Unleash the roasting!

What Ryan Lochte told his momma vs what really happened pic.twitter.com/jyUGT6B5ko

RYAN LOCHTE: Messieurs, a toast. The seeds of my public subterfuge will soon blossom into the crime of the century!

Funny stuff guys, but we need to really delve. While the #LochteGate and forced #LochMess hashtags are picking up steam, it’s all falling within the realm of the plausible. Gimme the wild, baseless speculation! We need it. We want it. Make Alex Jones say, “That’s a little out there.”

What insidious escapades really transpired, such that Lochte was driven to allegedly concoct this ridiculous cover-up? (You know, beyond he or one of his fellow Olympians catching a charge for possibly assaulting a gas station attendant, filing a false police report, and urinating on the station itself.)

Vocativ spoke with Erin Gloria Ryan, Vocativ’s deputy editor and a prominent Lochte-ologist. Reached via Slack direct message, Ryan explained that this conspiracy goes far deeper than anyone could have ever imagined.

“In short, I believe that my original magnum opus was completely wrong and that this entire time he’s been a super-genius super-villain,” Ryan writes. “By the time this story runs, he will already have returned to his volcano lair. We will see him again in four years, more powerful and terrible than ever. Either that or he’s some kind of Franken-idiot with surprising Rain Man-like powers when it comes to avoiding Brazilian authorities.”