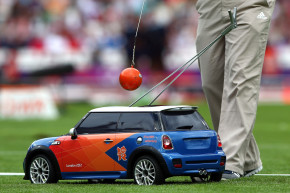 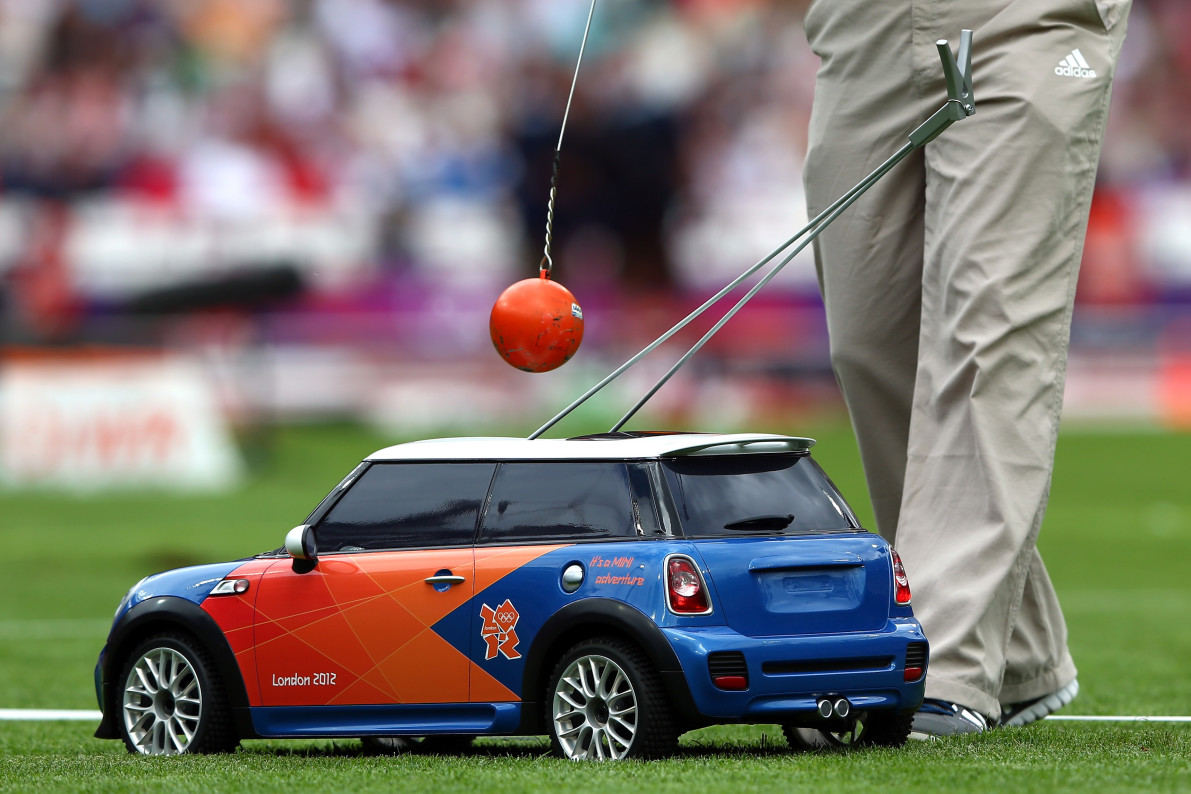 Some Olympic events like, say, the discus throw, haven’t seen much technological advancement since they first burst upon the Ancient Greek sporting scene in 708 BC. Yes, the discus itself is no longer made of stone, bronze, lead, and/or iron, and hurlers have refined the styles and techniques of the heave itself over the years, but it’s still the same dancerly series of movements as it was when athletes performed in the nude.

But not so fast! For the last three Olympic Games, the Powers That Be have come up with this one neat fatigue-reducing trick: cute-as-a-button, tiny remote control cars!

“They started in China as large, rocket-shaped buggies used to carry javelins back-and-forth. In London, they were mini-Mini Coopers, taking all manner of field-event items—hammers, discuses, shots—to and fro,” according to The Sporting News. “This time, they are green pickup trucks labeled Rio 2016, with a slot in back into which a discus can be slid.”

Makes total sense. After Germany’s Christoph Harting netted a gold medal by hurling a 4.4-pound spherical object 224 feet away, he doesn’t have to trudge across the field, pick up his disk, and schlep it all the way back. Instead, the handy dandy toy truck scoots hither and yonder, where another official loads it up and sends it scurrying back, ready to deliver the disk into the waiting hands of our appreciative and far less-winded Olympian.

In case you were wondering, yes, the use of the specific Mini Cooper-shaped body for the remote control retrievers during the 2012 London Games caused a bit of “trouble,” because there are no advertising dollars that the International Olympic Committee will ever squander.

Anyway, let’s watch this lil’ dude go. Remote control gadgets are awesome and fun, and besides, it’s better to watch people play with toys than it is to be reminded that the 71-year-old head of the European Olympic Committees and the Olympic Council of Ireland were arrested for allegedly scalping tickets.