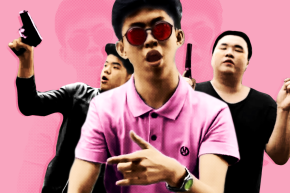 The young Indonesian artist is a product of the internet, and YouTube is fueling his rise to fame 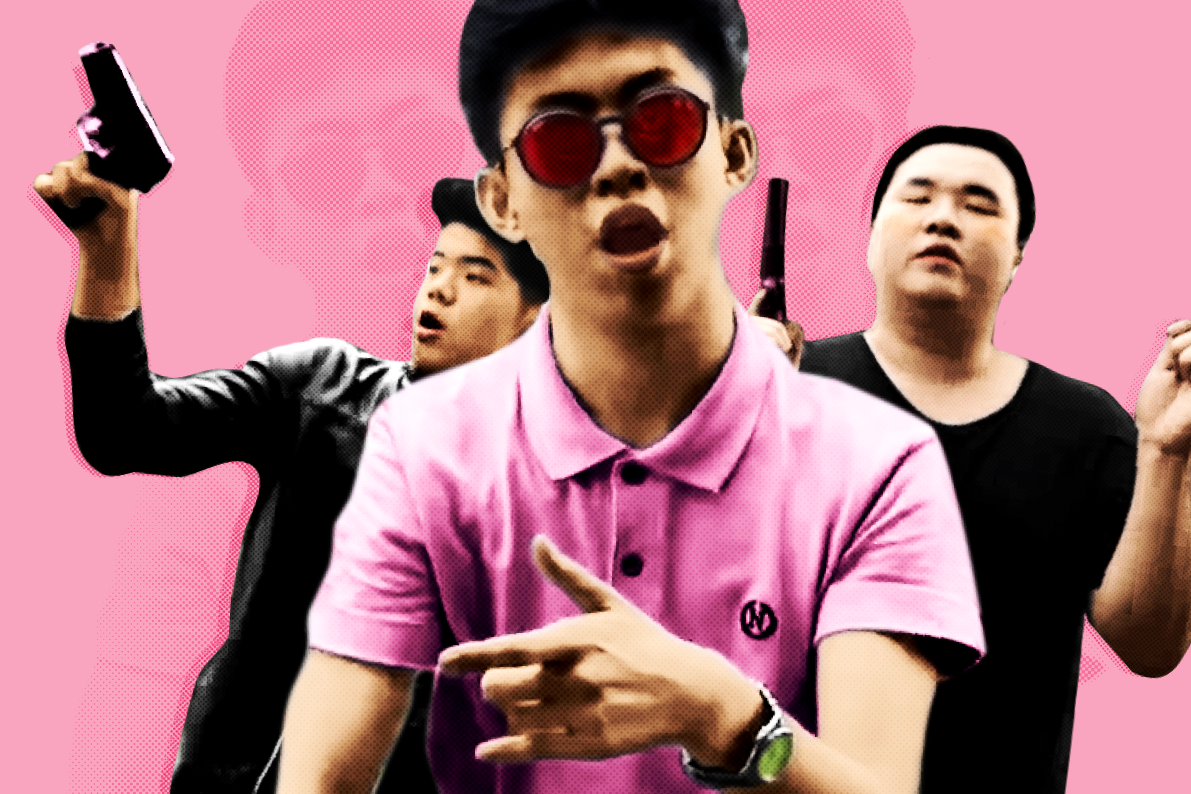 The video for “Dat $tick,” which went viral on YouTube in February, is mesmerizing in its understated absurdity. It features a boyish rapper rocking a Kanye-referencing pink polo and a Reebok bum bag as he and his gun-toting goons dance and dab their way around an empty Jakarta suburb, pouring out cognac all the while. It’s a bizarre tour through a world both real and imagined, and its wonky vision resonated with a lot of fans.

It was the debut single from 16-year-old Indonesian rap sensation Rich Chigga, real name Brian Imanuel. When it first popped up, “Dat $tick” had no problem generating its own buzz. The track is a deftly-rapped, anti-cop trap anthem full of woozy synths and the popular pitter-patter drums of today’s radio rap. While “Dat $tick” is supremely catchy in its own right, the song’s visuals are what helped the YouTube clip garner hundreds of thousands of views.

But Imanuel’s video went on to reach new heights thanks to a video he had nothing to do with. In July, a website called 88 Rising posted a video of super-famous rappers—including young upstarts such as Tory Lanez and Desiigner, as well as veterans like Cam’Ron and Ghostface Killah—reacting to the “Dat $tick.” They all loved it. Tory Lanez declared Imanuel to be “the hardest ni**a of all time.” Meechy Darko of Flatbush Zombies called the track “fire” and then extended a contract offer Imanuel’s way. Ghostface commended Imanuel for his originality, saying, “He’s just him. That’s dope,” before offering to jump on a remix of the song.

“Dat $tick” now counts more than 12 million views on YouTube, and Imanuel credits the 88 Rising video for helping his stock in the rap game to rise sharply. “When that video dropped, it was like a re-release of the song and it was blowing up all over again,” he told Vocativ in an email.

Capitalizing on this increased visibility, Imanuel put out his first post-“Dat $tick” single last week, a bouncy Cool Kids-inspired track called “Who That Be.” It doesn’t have a formal video yet—the song’s lyrics scroll next to a very Tim and Eric-esque image of Imanuel sporting a black turtle neck, a gold chain, and a deranged smile. It already has over 1.5 million views on YouTube. “That song is about me 100 days from now being able to buy the Balmain fall collection straight from the runway,” he said, adding that he edited the single’s cover art himself, while the track’s producer shot it. “If that’s not the biggest flex, then I don’t know what is.”

Despite these ambitions, Imanuel has yet to cash in on his fame. Even with the audience he’s amassed, he says he hasn’t tried to make money off his YouTube videos, but rather, is still doing it for fun. That doesn’t mean he isn’t feeling the offline pressure of his newfound fame, however. Because he’s homeschooled, Imanuel doesn’t have to deal with the social scene of a normal high school, but when he hits the town in Jakarta, he can hardly do so anonymously anymore.

“I don’t really go out much, but when I do, a good amount of people come up to me,” Imanuel said. On the other hand, some of those closer to him have done the opposite. “Some of my friends stopped hanging out with me because they think I changed. The real ones stayed though.”

Before he was busy flexing all over the place as Rich Chigga, he was just Brian, an internet-obsessed eccentric teen who scoured the web in search of knowledge and inspiration. “I learned almost everything I know from the internet, even culture, basic common sense, cinematography, and I’m still learning,” he said. He did it all from his home in in the Indonesian capital Jakarta, a place he couldn’t wait to escape at one point in his life.

“That was the reason why I learned how to speak English,” Imanuel said, adding he picked up the language from watching YouTube videos and “talking to [himself]” for four years. “I wanted to be a freelance videographer in LA and shoot stuff for people.” But that changed when Imanuel decided to turn the camera on himself.

Last year, he started gaining notoriety as an out-there Vine and YouTube comedian. In addition to his strange seven-second sketches, Imanuel made videos documenting the dangers of a phony disease called “kushothyleoma” and teaching people how to microwave bread. Those, too, racked up hundreds of thousands of views. While Imanuel’s Vine phase is behind him (“It was just a thing I did back then for fun”), he said that comedy will always be an integral part of his act. “I love making people laugh and entertaining people in any way so no matter how deep I go into music, I’ll still try my best to make people laugh,” he said.

Lately, Imanuel is too busy making heads nod and jaws drop to score laughs. His gruff yet agile rap delivery sounds like he swallowed a baritone saxophone full of blunt ashes. Watching the “Dat $tick” video is funny and novel at first—young-looking kid recites rapid-fire bars with a voice that “doesn’t match” his aesthetic. But after about 20 seconds, it’s apparent that he’s just plain good at rapping. (As Cam’Ron put it in the 88 Rising video: “I see the comedic side of what he’s doing, but what he was spitting was dope though.”)

Imanuel said he’s inspired by rap artists that veer toward the unorthodox and outlandish, such as Young Thug (er, No, My Name Is Jeffery), Tyler, The Creator, and Yung Lean. “Basically, people that [sic] does whatever they want and breaking the rules, music/career/fashion-wise,” Imanuel said. Before he got into rap, he said he listened to “a lot of Phil Collins, Dream Theater, and Asking Alexandria, because I played the drums since I was like five.”

His early influences, however, were markedly different. The first song Imanuel ever tried to rhyme along while learning English is a wholly unexpected one: “Thrift Shop,” the corny yet world-dominating ode to penny-pinching by Macklemore, rap’s answer to artisanal mayonnaise. “I like his goofiness,” Imanuel said. He added that he linked up with Macklemore when the Seattle rapper was in town for Jakarta’s We The Fest last weekend. “Me and my friend tweeted at him as a joke, but that night he actually replied and we met up at the local tent area,” Imanuel said. “He brought me backstage and introduced me to everyone—super nice dude.”

Unlike Macklemore, Rich Chigga isn’t writing conscious songs about same-sex marriage and systemic racism. But as his popularity grows and people on the internet call out some of his more offensive moments, he has expressed remorse about some of his choices—but only a little bit. Imanuel has said that while he regretted his choice of rap moniker, he would still leave the N-word in his “Dat $tick” verse because his he wanted to take the power out of the word. Going forward, Imanuel said he’ll abstain from dropping N-bombs because he has no desire to offend anyone.

The important thing is that his presence felt, one way or another. Imanuel has, for now, given up his cinematographic ambitions to focus on his music. He’s been performing around Indonesia, and even in Bali, but hopes that in five years, “Rich Chigga will be in movies, TV shows, and in your local news climbing up the Trump Tower.” And more than likely, the people watching will know exactly who that be.