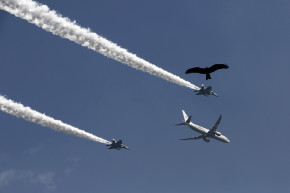 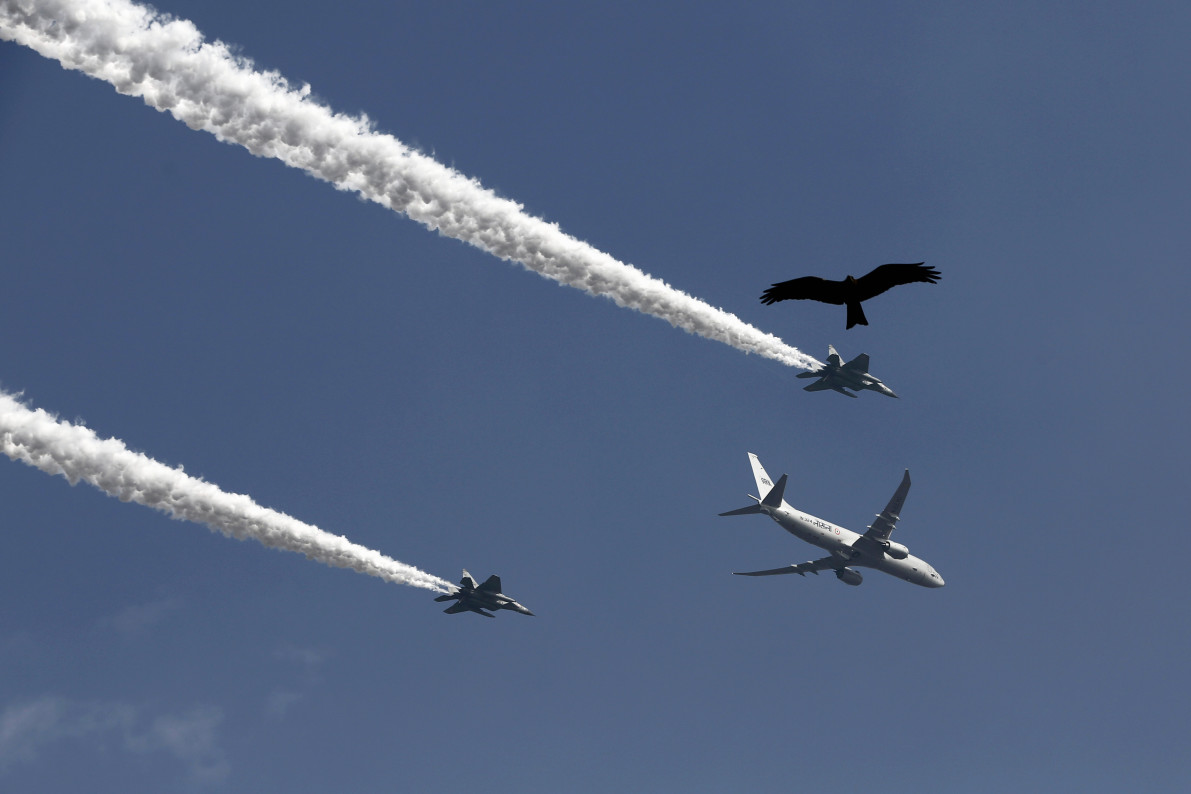 The secret world government is not spraying “chemtrails” out of planes to drift down over our cities and control our minds, scientists finally said. The research, conducted by the Carnegie Institution for Science, University of California Irvine, and non-profit Near Zero, is the first published paper on the subject.

Researchers surveyed the world’s most prominent atmospheric scientists about chemtrails, those long-lasting trails of condensation that aircraft leave behind which are considered by conspiracy theorists to be evidence of a secret spraying program aimed at goals ranging from population control to climate control to large-scale military weapons testing. Believers in the theory say chemtrails differ from normal contrails in that contrails disappear quickly from the atmosphere, whereas chemtrails linger behind.

No matter: the study, published by Environmental Research Letters, found that the two groups of experts surveyed—atmospheric chemists who specialize in condensation trails and geochemists working on atmospheric deposition of dust and pollution—overwhelmingly rejected the notion that such a program exists. Out of 77 participating scientists, 76 said they found zero evidence of a secret spraying program, adding that any evidence supposedly cited by those who subscribe to the chemtrail theory could be explained away by poor data sampling and/or normal contrails. (The lone participant who claimed to have evidence of chemtrails said they had discovered “high levels of atmospheric barium” in a remote area that totally should have had standard “low” soil barium.)

“We wanted to establish a scientific record on the topic of secret atmospheric spraying programs for the benefit of those in the public who haven’t made up their minds,” Steven Davis, a researcher at UC Irvine, said in a press release.

The study was undertaken in response to the large number of people who believe that a secret spraying program is currently underway. According to the study, 17 percent of respondents in a 2011 international survey said they believed the existence of a secret large-scale atmospheric spraying program to be true or partly true. In addition, numerous websites  alleging to provide evidence of chemtrails have sprung up recent years.

“Despite the persistence of erroneous theories about atmospheric chemical spraying programs, until now there were no peer-reviewed academic studies showing that what some people think are ‘chemtrails’ are just ordinary contrails, which are becoming more abundant as air travel expands. Also, it is possible that climate change is causing contrails to persist for longer periods than they used to.” Carnegie’s Ken Caldeira said in a statement. “I felt it was important to definitively show what real experts in contrails and aerosols think. We might not convince die-hard believers that their beloved secret spraying program is just a paranoid fantasy, but hopefully their friends will accept the facts.”

It gets this bad because many still pretend not 2 see #chemtrails Want clean air? You’ll have 2 fight for that now pic.twitter.com/w7fCW0BP2S — MoonlightSerenade303 (@ReddingRosamond) August 16, 2016