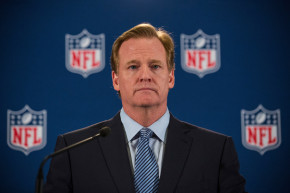 Roger Goodell Is Basically King Of The NFL Now 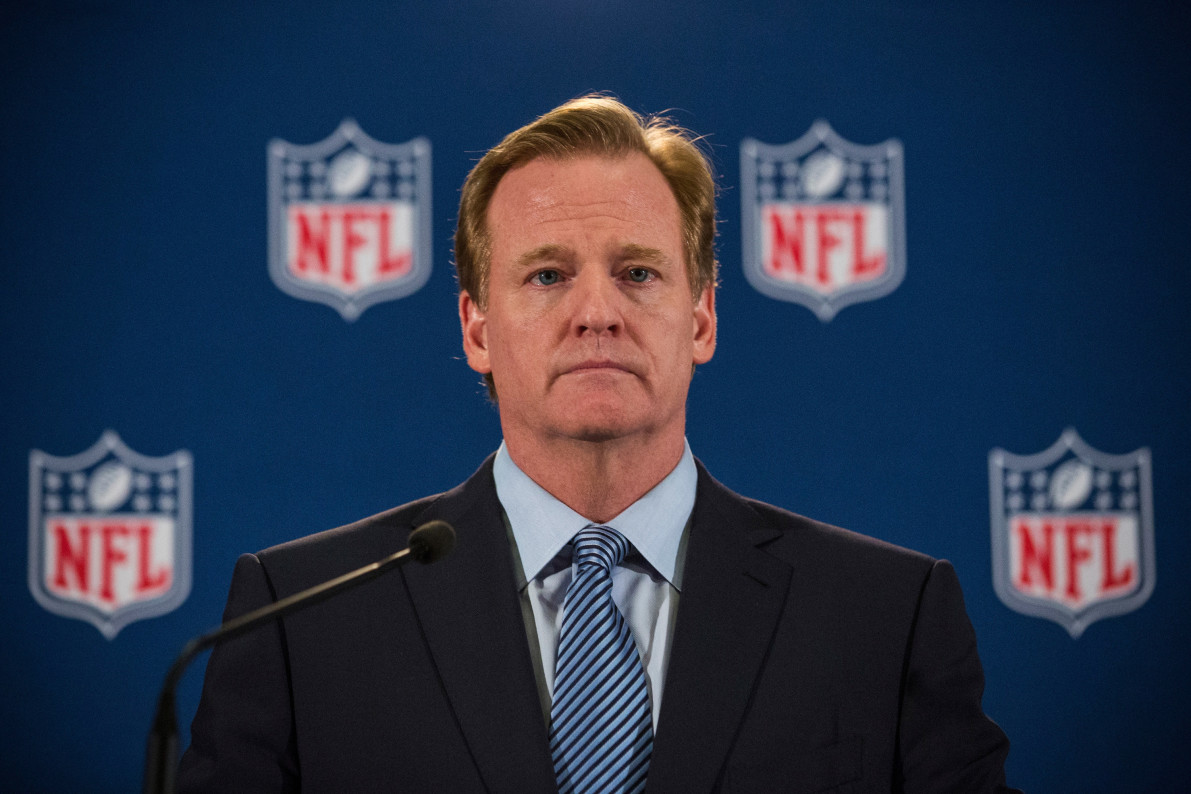 American politicians take the oath of office on a religious tome. Knights are dubbed with a sword. A king receives a crown at his coronation. And the power that enriches NFL commissioner Roger Goodell is Article 46, Section 1(a) of the collective bargaining agreement.

Therein it is written that, from 2011 anno domini until 2020—the 15th year in the reign of Goodell, aka 15 A.C. (anno commishi)—the NFL commissioner has virtual autonomy within his kingdom to levy punishment for violations of “conduct detrimental to the integrity of, or public confidence in, the game of professional football.”

Enriched by this summer’s opinions of the appellate court’s Second and Eighth Circuit in cases ruling against stars Tom Brady and Adrian Peterson, commissioner Roger Goodell is now mandating full compliance from four players accused in an Al Jazeera report last winter of using performance-enhancing drugs, with the threat of an indefinite suspension if they do not meet with league investigators by August 25.

Those judicial rulings have established a strong precedent for Goodell to brandish his authority.

“It’s a very wide-open, wide-ranging kind of dragnet that can be put out there to look for violations,” Lou Michels, a sports and employment litigation attorney with Lewis Brisbois Bisgaaard & Smith in Chicago, told Vocativ. “And after an arbitrator is appointed and goes forward, your appellate options are limited.”

The context surrounding the 2011 CBA, Michels noted, was a series of high-profile off-field incidents against NFL players that led to the league and union agreeing to grant the commissioner increased power to be judge and jury in player conduct hearings. In the preceding years, the headlines were full of allegations made against Pacman Jones, Michael Vick, Ben Roethlisberger, et al.

At the same time, the NFL Players Association was seeking major restrictions on offseason workouts and full-contact practices to reduce wear and tear on the players. Those changes would benefit everyone; the disciplinary process might only impact a dozen players a year so, even if it became more unfavorable, it was thought to be reasonable collateral damage.

“I don’t think they anticipated the league’s ability to shoehorn under ‘conduct detrimental’ and attack things that way with this commissioner’s rule,” Michels, also a former NFL agent from 1993 through 2015, said.

More The NFL Sets The Table For Another Deflategate

The shoehorning refers to the fact that the league is circumventing its drug statutes to compel testimony under Article 46, whose governance includes all other types of discipline.

“This kind of stuff, you would think, would fall under the rubric of substance abuse policy, which is a separate grievance and disciplinary track under the collective bargaining agreement because it involves performance-enhancing drugs,” Michels said. “In fact, the league is taking the position—and I think this is defensible—that failure to cooperate in the investigation and failure to show up and be interviewed is in fact a violation of Article 46.”

As Sports Illustrated legal expert Michael McCann wrote, the courts “determined that the failure of the NFLPA to negotiate express protections for players meant that no such protections existed.” The players may have no other recourse short of filing another longshot lawsuit.

“There’s case law going back to the ‘30s that says courts don’t come in and interfere between contracts signed by unions and employers except when something really untoward has happened,” Michels said.

The most important sentence in the release exonerating Manning isn’t the one discussing the absence of proof tying him to PEDs but, rather, this one: “The Mannings were fully cooperative with the investigation and provided both interviews and access to all records sought by the investigators.”

As became abundantly clear in the Deflategate fiasco—when the league thought it “more probable than not” that Tom Brady was “generally aware” of minor rule violations that basic science wholly excoriated—his four-game ban was more about obfuscating evidence and daring to challenge Goodell’s supremacy. “It’s not what you do that gets you in trouble,” Michels said, “it’s what you do cover it up.”

Harrison has been the most vocally antagonistic player. Two months ago, he posted a demand letter to Instagram, acceding to Goodell under very specific conditions.

@NFL I look forward to speaking with you. Goodnight

Then, a day after the letter was disseminated, Harrison received notice of a random drug. He shone the Facebook Live lens on himself to wryly express his opinion that—perhaps, just maybe—it wasn’t so random.